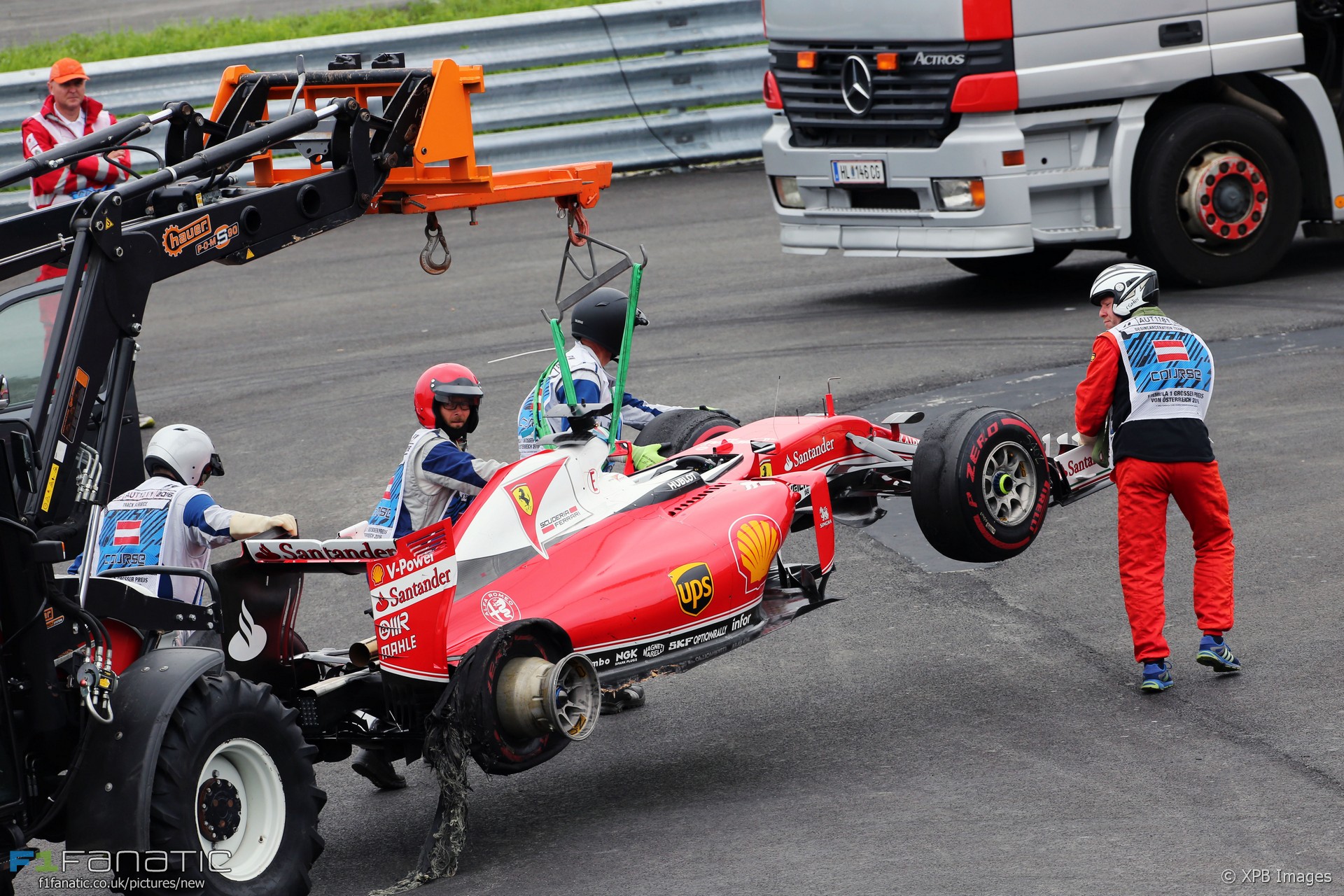 Pirelli have yet to identify the exact cause of Sebastian Vettel’s spectacular retirement from the Austrian Grand Prix, but have described the failure as “an isolated incident”

“Ferrari and Red Bull adopted a different strategy to the majority of front runners, beginning the race on the super-soft tyre rather than the ultra-soft, which was the default choice for the other top 10 drivers – being just over half a second quicker. However, during a long first stint, Ferrari’s Sebastian Vettel experienced a tyre issue.”

Paul Hembery, Pirelli motorsport director, said that “with Ferrari we’re fully investigating the incident on Sebastian Vettel’s car, in order to finalise a cause.”

He went a little way to explain why teams were pushing their tyre strategies to the limit by saying “the teams headed into the weekend with little information on the tyres following the mixed conditions in free practice and qualifying, as a result of which strategy was a question of thinking on their feet and extracting the maximum advantage from the changing race circumstances”

Sebastian Vettel said “when the rear right tyre failed, I didn’t feel anything, or rather, I felt it when it was too late and it exploded out of the blue. There were no signs before that, everything was normal.”

After the incident he remarked “I spoke with the people on the pit wall and everything looked the same, the pace was the same as the lap before, the tyres felt fine, the lap times were fine. It’s completely a question mark on why the tyre had the failure.”

Vettel defended his team’s strategy choice, “Obviously the idea was to go on as long as possible with that set of tyres and to shape our race on that idea, but I don’t think it was an aggressive strategy, as lots of people went longer than us on the same tyres.”