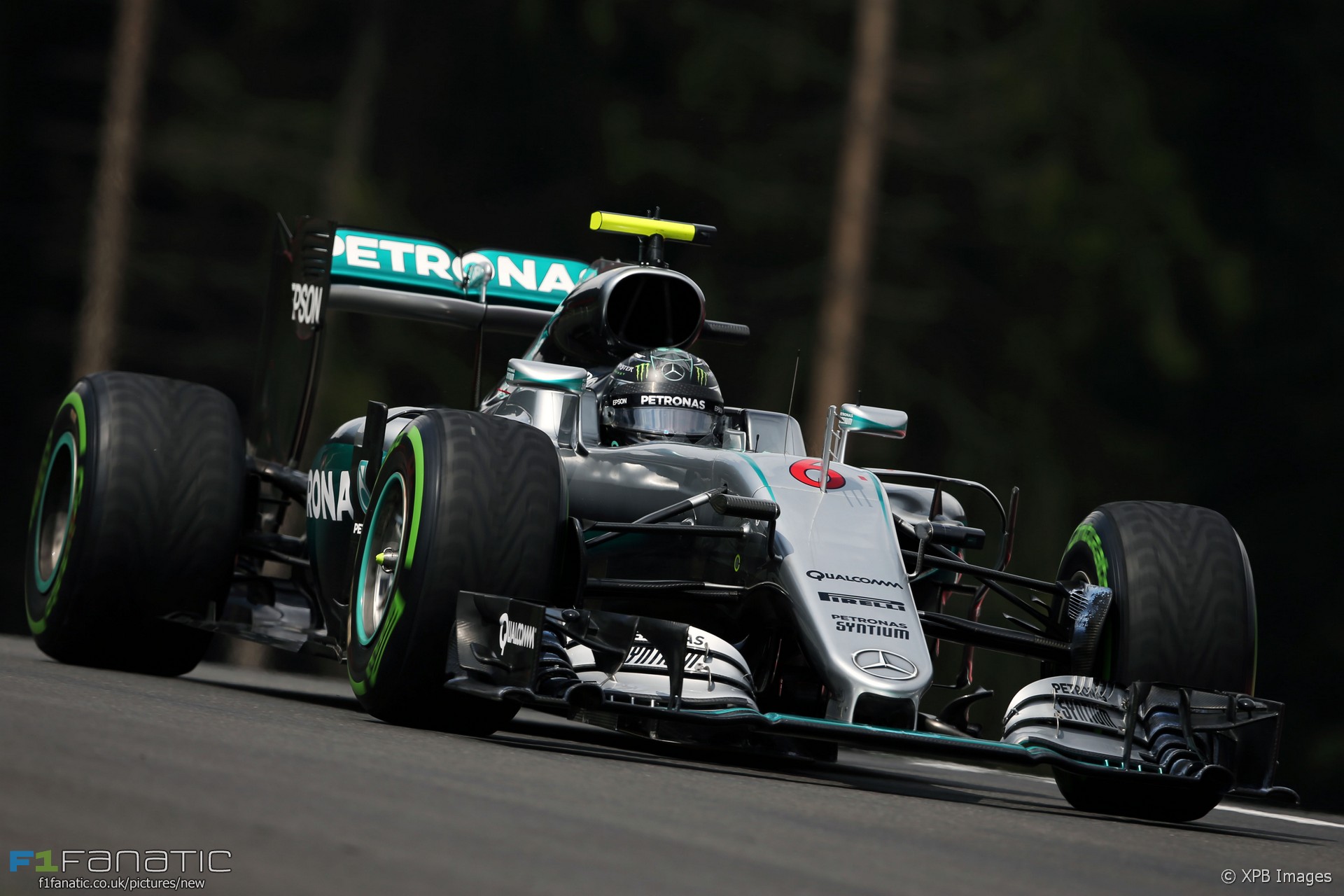 The collision between Nico Rosberg and Lewis Hamilton on the last lap was precipitated by a brake problem on Rosberg’s car.

A furious Toto Wolff called the incident “brainless” and said it “could easily have been a double DNF”.

He revealed both cars “were marginal on brakes” but “we couldn’t tell the drivers”. “Nico had a brake-by-wire failure onto the last straight,” he added.

Rosberg defended his driving at turn two, saying “I went a bit deep into the corner, but that’s fine because I can dictate – I’m on the inside.”

He said he was “very surprised that Lewis turned in and that caused a collision”.

Rosberg is under investigation with the stewards for causing a collision and failing to stop his significantly damaged car.

Wolff indicated he may impose team orders on his drivers to prevent further collisions between his drivers.

“It seems that talking does not bring us any further, so we need to think about all possible solutions and this can go as far as implementing the not very popular team orders”

“This is on the table now,” he confirmed, “this is what we are going to discuss because maybe that’s the only way we can manage the situation”

Asked whether this would artificially determine the outcome of the world championship in 2016 he said “I hate team orders, I think we owe it to the fans to let them race… but if every race ends up in a collision between team mates it’s not what we want so we have to stop it”