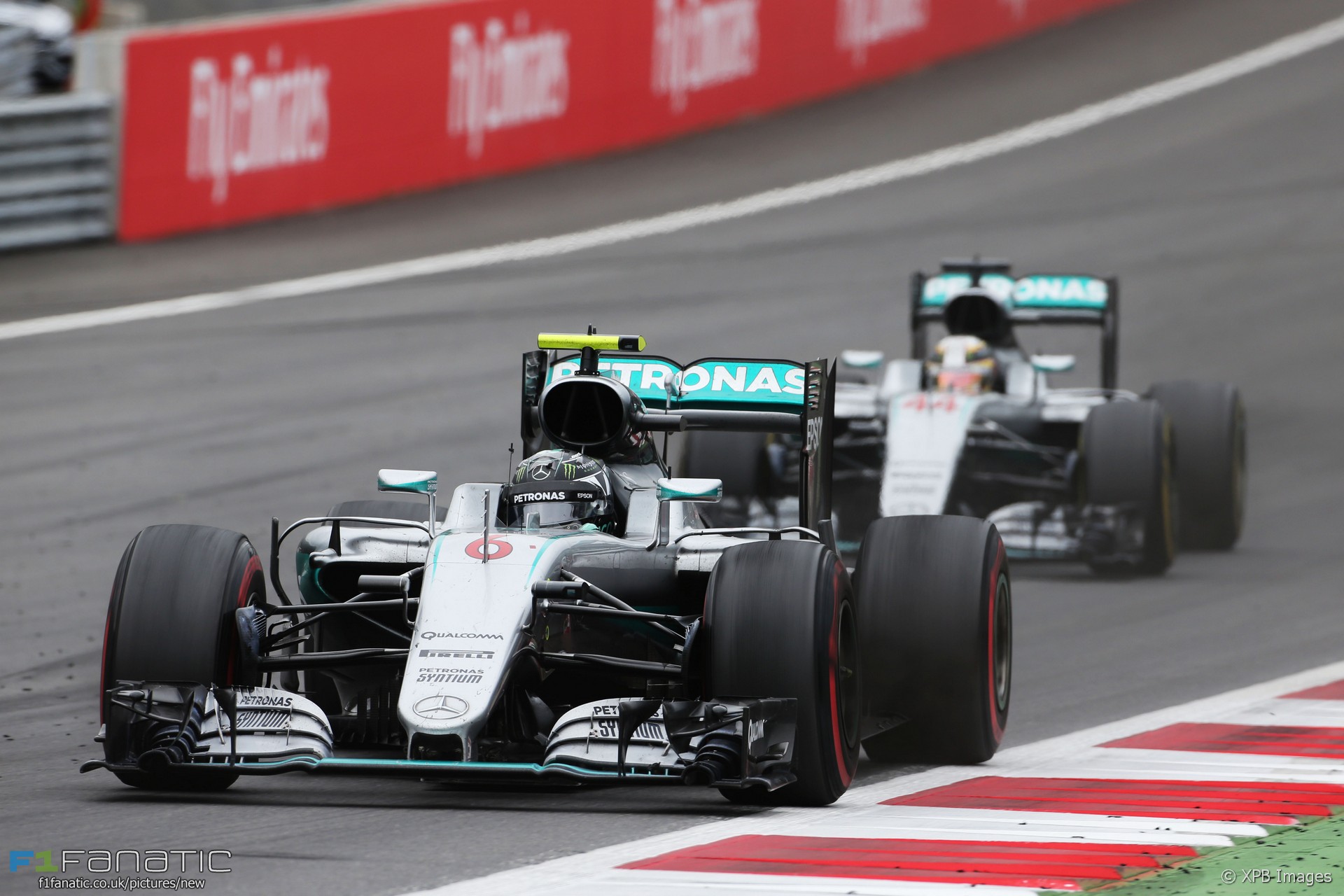 Could Nico Rosberg have made it to the end of the race without making a second pit stop?

Rosberg, who jumped ahead of his team mate during the first round of pit stops, needed to complete 61 laps on a set of Pirelli’s soft tyres to do so. That would have been the longest stint of the race by one lap – Daniel Ricciardo managed 60.

His team mate Max Verstappen also managed a 56-lap stint with little drop-off at the end and was even able to keep Kimi Raikkonen behind.

Nico Hulkenberg spent the race looking around for any tyres he could get pace out of. He ended up running a 50-lap stint on ultra-softs but sunk to the tail of the field before retiring.

Rosberg may have made an extra pit stop but at least it was a quick one. For the first time since the Australian Grand Prix, a team other than Williams managed the fastest complete time.