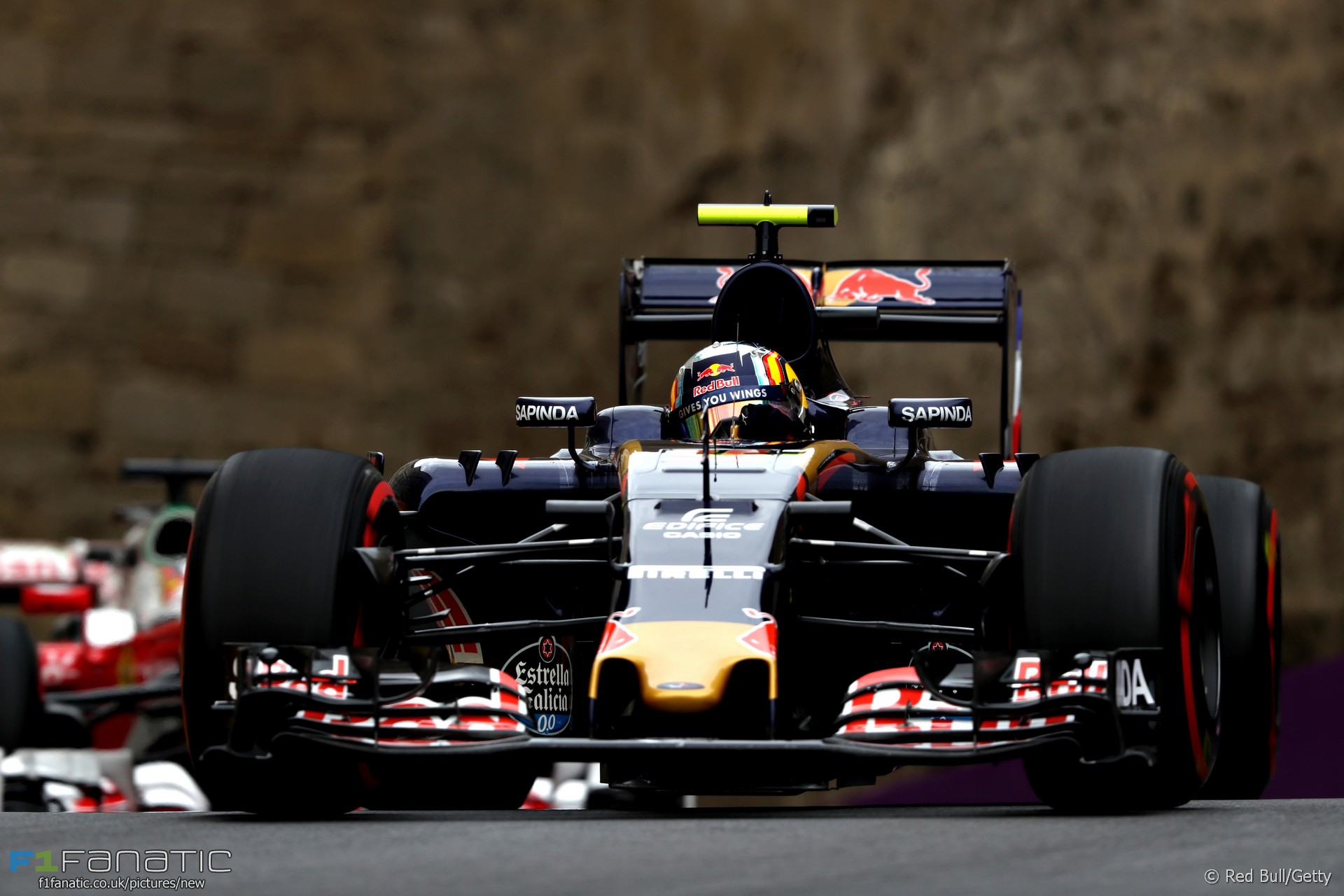 The European Grand Prix stewards have announced two further penalties which will change the starting order for today’s race.

Carlos Sainz Jnr has been given a five-place penalty for a gearbox change which will move him back from 13th on the grid to 18th. Fernando Alonso will now start 13th.

Renault’s Kevin Magnussen has also been given a gearbox change penalty. However the team has in addition made changes to his suspension set-up in parc ferme which means he will have to start the race from the pits.

Magnussen had qualified 21st, so the only driver who gains a place from him is his team mate Jolyon Palmer.

2 comments on “Penalty for Sainz, pit lane start for Magnussen”