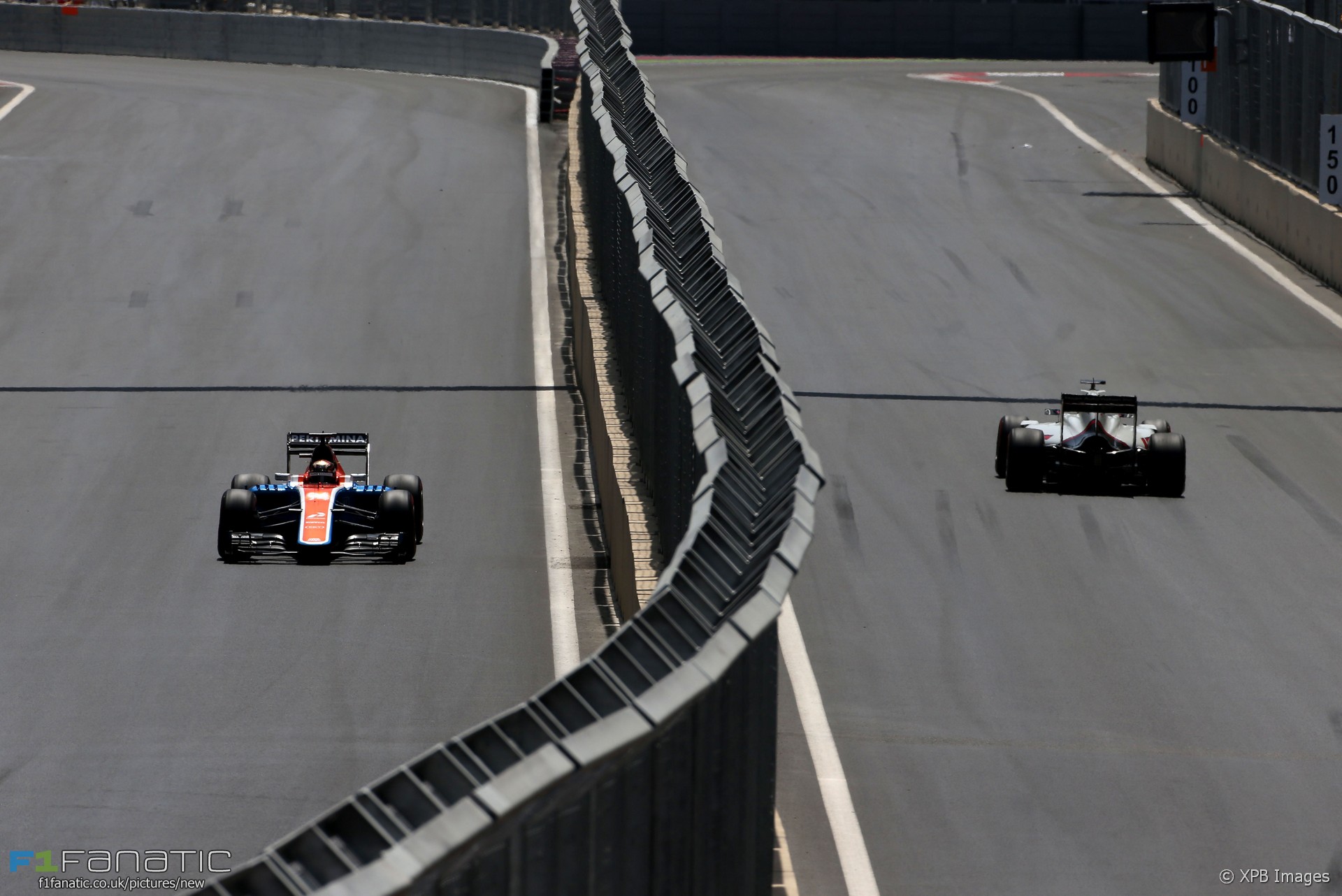 It was clear when we got the first details about Baku’s track that it was going to be very quick and very narrow in places.

The combination of that fast and punishing layout, plus one of the pace-setting Mercedes qualifying ‘out of position’, means F1’s first race in Azerbaijan promises to be a lively affair.

The Baku City Circuit has only held one race so far, this morning’s GP2 feature event, which was hectic and incident-filled even by the standards of Formula One’s feeder championship.

Indeed the Safety Car was called on no fewer than four times in the race, which had to be cut from its planned distance of 29 laps because the time limit was reached. This was due in part to one very long Safety Car period during which time the marshals only had a single car to recover.

The Virtual Safety Car was not called on at all, but this was less to do with the nature of the incidents than the fact GP2 has become wary of using its Virtual Safety Car system because of the effect it had on the race in Monaco*.

The narrow confines of Baku and the very limited amount of space in its run-off areas means any incidents or errors are more likely to result in some kind of Safety Car period. Getting tyres back up to temperature after such interruptions will be a particular challenge for drivers – including the dominant Mercedes.

“It’s not been our strength recently,” pole sitter Nico Rosberg admitted after qualifying, “but we’ve worked on it”.

“Today everybody needed two laps [to prepare the tyres], not just us.”

The tyre strategy situation is straightforward: the super-softs should easily last long enough for drivers to make a single stop. The only question mark hangs over Lewis Hamilton, who will have to start the race with flat-spotted fronts following his adventures in Q2. It’s possible he may be able to exchange them for another set if the FIA allows it, but past precedent indicates this is unlikely.

Drivers must use a set of either the softs or mediums during the race. In the event of an early Safety Car period we may see drivers trying to get their single pit stop out of the way early. However they may be reluctant to risk using the medium compound tyres, again due to the possible warm-up problems on the very smooth surface.

In the event of a late Safety Car period, watch out for drivers near the tail of the field switching back to super-softs in order to go on the attack.

Another aspect of the Baku circuit which will shape the race is the very long run from turn 16 to the start/finish line. At 21 seconds, this is now the longest flat-out section on any grand prix circuit, and the slipstreaming effect is substantial even before drivers reach the DRS zone. Valtteri Bottas clocked a staggering 366.1kph (227mph) in qualifying thanks to a tow from Max Verstappen.

This will open up overtaking opportunities: Sergey Sirotkin entered turn 16 in third place on the last lap of Saturday’s GP2 race and beat Raffaele Marciello to second by 0.11s. It will also make Safety Car restarts tricky for the race leader.

Is Rosberg heading for an easy win in Baku as Hamilton suggested? Can the world champion win from tenth on the grid?

Or might Red Bull, Williams, Ferrari – or even Fore India – produce an upset? Share your views on the European Grand Prix in the comments.

*Unlike in F1, where drivers are given a target sector time to stick to during VSC periods, GP2 drivers are a fixed maximum speed limit for the whole track. This can disadvantage drivers if they spend more of the VSC period on the fastest sections of the track. In Monaco this cost race leader Norman Nato a likely victory to Artem Markelov, who gained time during the VSC period.