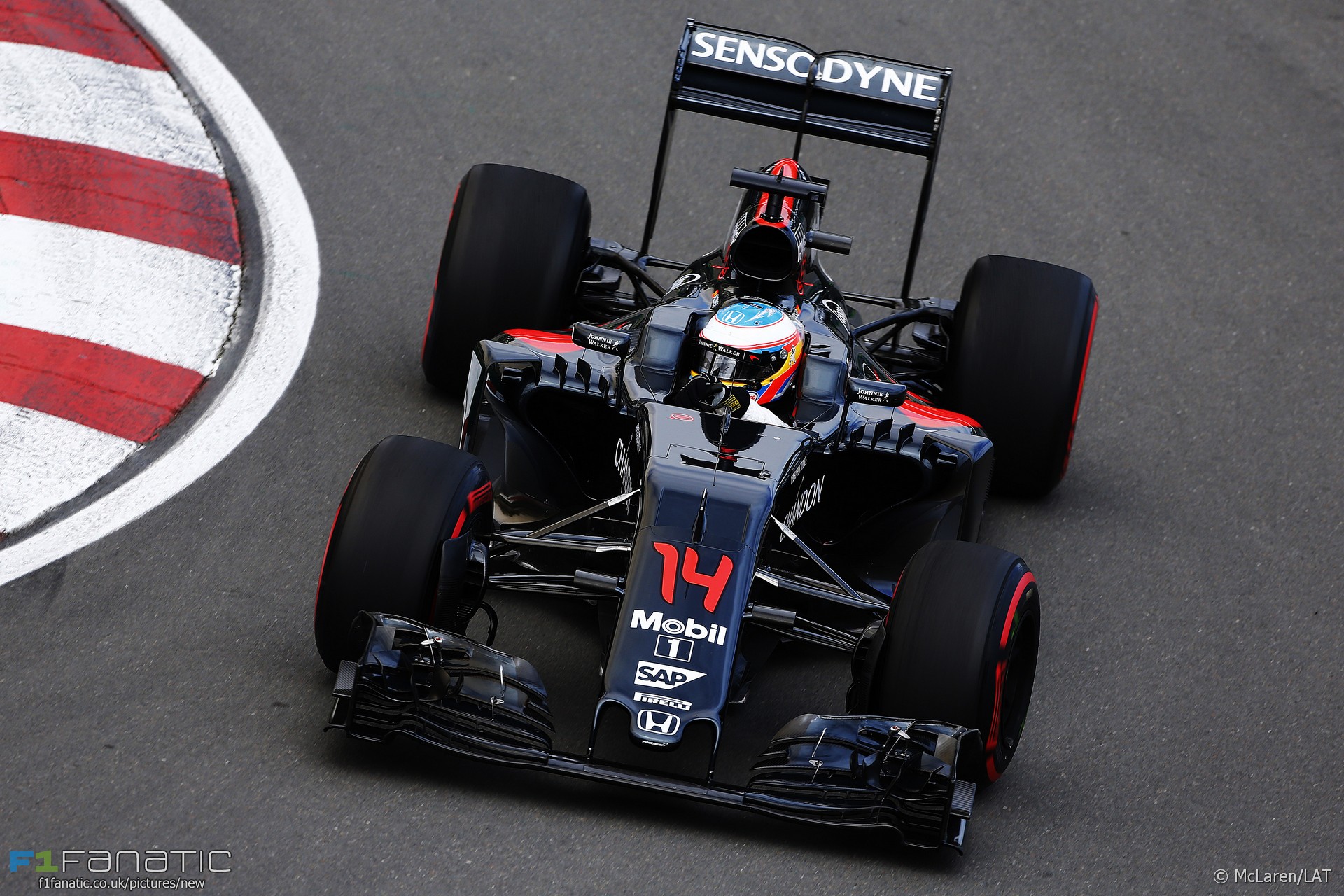 A radio message from Fernando Alonso at the end of the Canadian gave the impression he wanted to retire from the race.

This was something Alonso had suggested doing during the final race of last season. However on this occasion Alonso was asking for a pit stop, rather than to stop the race.

Alonso said he asked “about the possibility of fitting fresh tyres for the last few laps, but I guess it was a little too much of a risk: at that point we were 11th and stood to score a point or two at the end if something were to have happened ahead of us.”

“Still, I’d done more than 50 laps on those tyres – and the two-stoppers were a lot faster than me. I guess we were a bit unlucky – we really needed some rain or a Safety Car to put us back in the fight.”

In the early stages of the race it seemed Red Bull were preparing to swap the other of their drivers. Max Verstappen was reminded at one point not to hold up team mate Daniel Ricciardo. At this point Ricciardo was within DRS range of Verstappen, but moments later the Virtual Safety Car period began and after that the gap between the pair opened up again.

Lap: Refers to lap message was broadcast on. There may be a delay between messages being said and being broadcast. PR = pre-race; FL = formation lap; VL = victory lap.
Message: Repetitive or irrelevant messages omitted. Notes in italics. Highlights in bold.