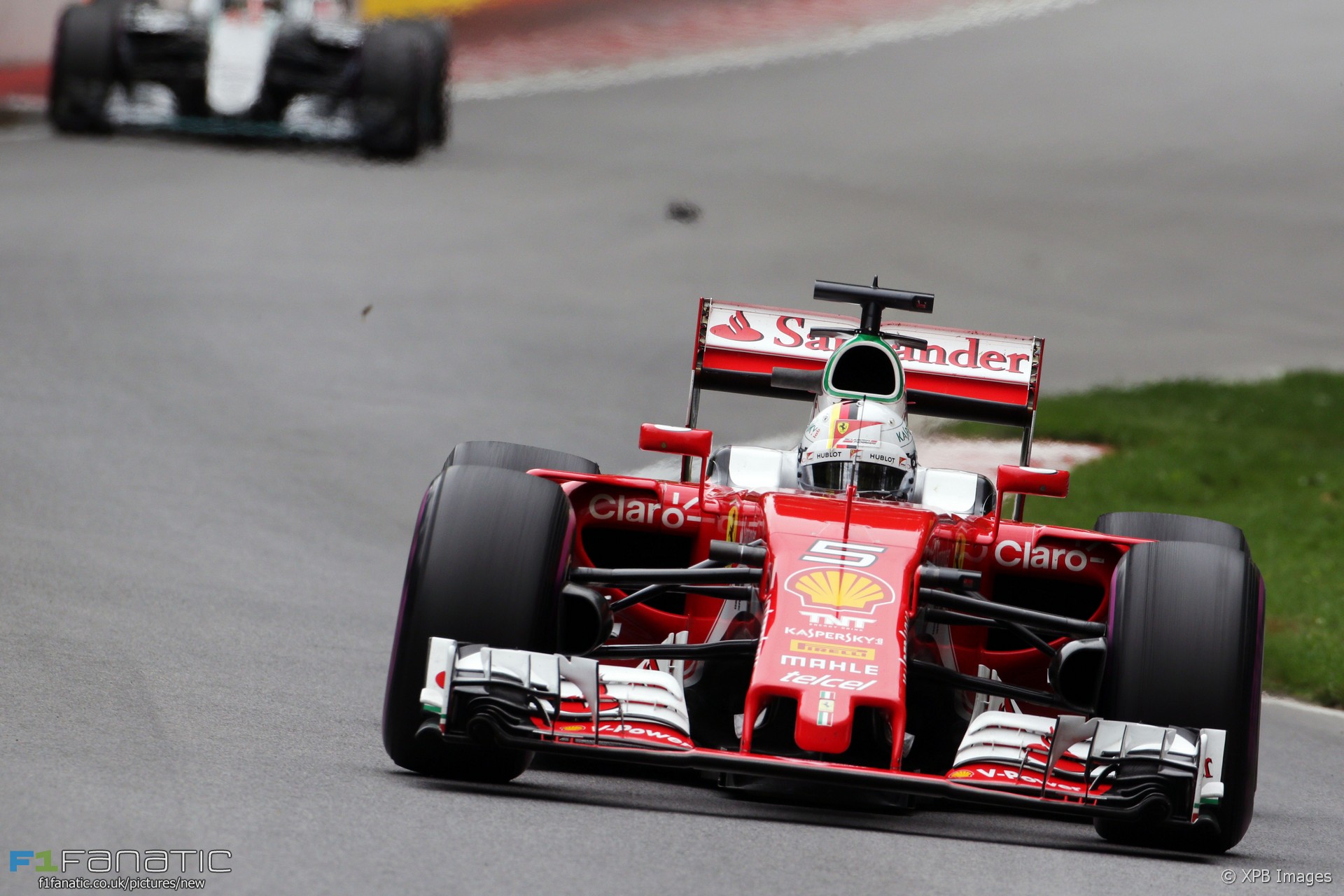 Sebastian Vettel encountered an unusual problem with the local wildlife during the Canadian Grand Prix.

The Ferrari driver revealed in the post-race press conference a pair of seagulls had caught his attention while he was being chased by Lewis Hamilton in the opening laps of the race.

“I was a bit distracted,” he admitted. “There were two seagulls. I think it was a couple that wanted to commit suicide. They were at the apex of turn one.”

“Lewis obviously didn’t care so he made up quite a bit of time,” Vettel joked, “about half a second, but I didn’t do that couple that favour to say goodbye for good, so by the time Lewis came around they just flew off.”

“Wasn’t fair! I brake for animals, Lewis doesn’t but…”

Vettel was leading the race at that point but lost his advantage soon afterwards during a Virtual Safety Car period when Ferrari called him into the pits. However Vettel defended his team over the strategy call which potentially lost him victory.

“We committed fairly early to that strategy and I think I was probably the right thing to do in terms of getting to the chequered flag the quickest way.”

“But obviously we lost track position and we didn’t expect that the soft tyre that Lewis put on… first of all the ultra-soft and then the soft would last as long.”

“Myself, I was also surprised to see how long the supersoft lasted and then the soft tyre lasted until the end. As Lewis said, we could have kept going. The degradation wasn’t maybe as high as we expected. That’s maybe where we lost the race.”

“But I want to make one thing clear: I’m not a big fan of blaming anyone or anything. I think it was a great weekend for Ferrari.”

32 comments on “‘Suicidal’ seagulls a distraction for Vettel”