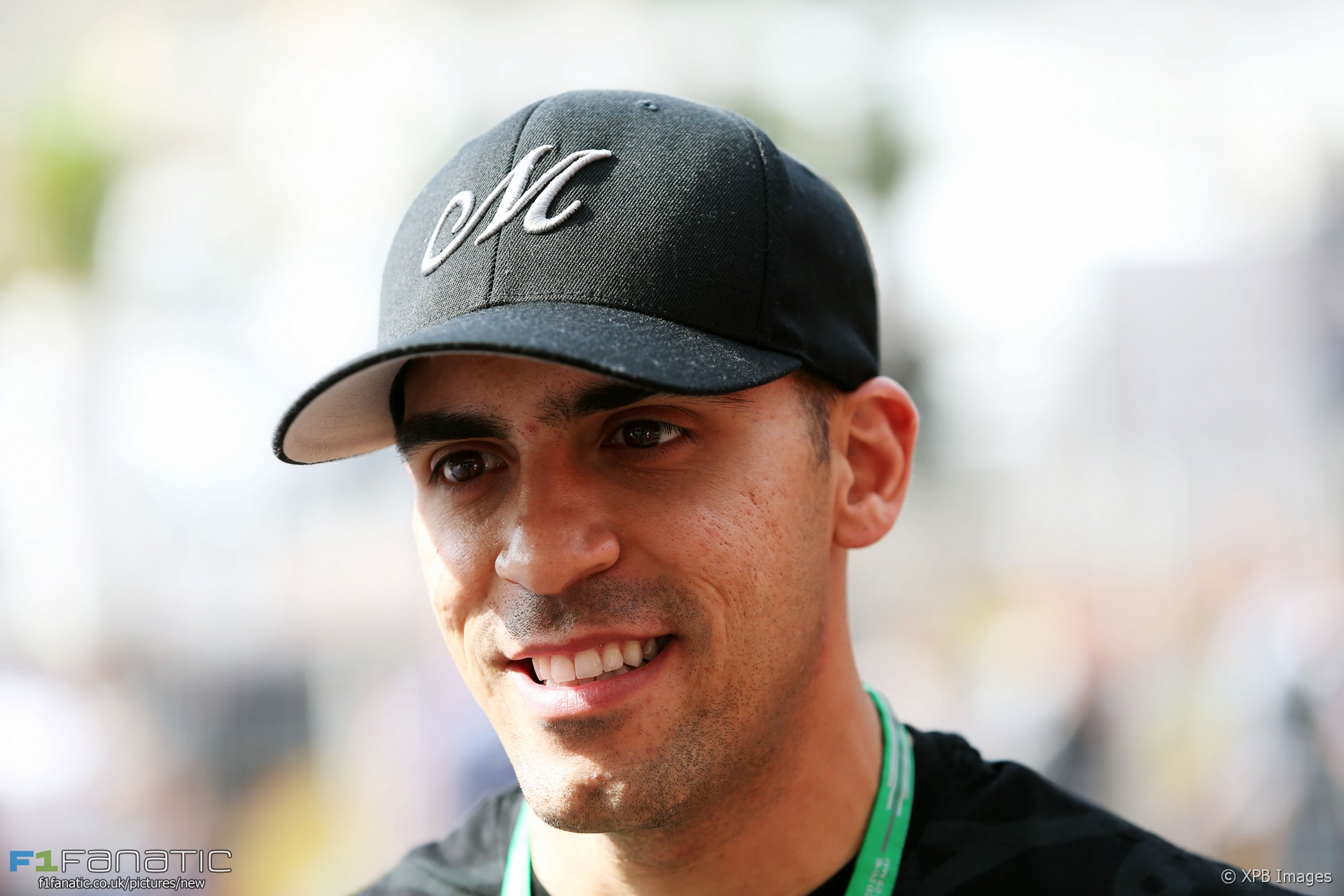 In the round-up: Pastor Maldonado is seeking a return to racing in F1 for next season.

"Pastor Maldonado is speaking to a number of Formula 1 teams about a return to the grid in 2017 after losing his Lotus/Renault seat over the winter."

"There was a scramble, with the mechanics originally having a soft tyre ready, and when that change was requested to go to the super-soft those tyres were actually right at the back of the garage and couldn’t be got to the car in time."

"We are working on it, trying to work around this very high starting pressure, which is hurting clearly the grip of the car, but also makes your tyres grain easier than necessary."

"The best drivers were going to come out on top in these conditions so I'm happy I came out with such a result."

"Sauber chief Monisha Kaltenborn says both her Formula 1 drivers were to blame for their Monaco Grand Prix collision, which she described as 'unacceptable'"

"I think negativity, if it comes out of emotion and underlying admiration, love for the sport, it’s maybe not so bad because it’s just their form of emotion. The negativity of saying bad things for the sake of it, then that’s more of an issue and not appropriate."

I love my team, thank you 🙏🏾 #MonacoGP @MercedesAMGF1 photo by Steve Etherington pic.twitter.com/xn9Wr7Nges

@ F1 owes a lot to @LewisHamilton. 10 years ago felt I was the only F1 fan in the whole of the USA! Now every celeb wants to hang with him!

Congrats to my brother @LewisHamilton on an amazing victory pic.twitter.com/NT6uYbUxBZ

Ricciardo on the bodged pit stop: "I felt like a spare dick at a wedding." Doesn't want to hear excuses. Just wants to get out of here.

Hope you enjoyed the race I did great memories have a super rest of your weekend.I really know how Ricciardo feels to be robbed of this race

Was Daniel Ricciardo right to publicly vent his frustrations with his team after the Monaco Grand Prix? @ducpham2708 isn’t so sure…

Also, if Ricciardo won today, it would’ve been thanks to the engineers at Red Bull who made such an amazing chassis, his team. He didn’t build his own car and come here to race.

The engineers don’t complain when drivers crash out on track, ruining months and years of their hardwork in the factory. So drivers shouldn’t complain the way Ricciardo is complaining when their teams make mistakes either.

The drivers are part of the teams.
@ducpham2708

Marc Surer’s F1 career was ended by a dreadful crash in the Hessen Rally on this day 30 years ago. It also claimed the life of his co-driver Michel Wyder who was trapped in the burning car.

Surer was thrown clear when he crashed his Ford RS200. He suffered a pelvis fractures, 11 broken bones in his legs and second-degree burns, particularly to his right wrist. The Arrows driver spent two weeks in a coma and required skin grafts and a total of 41 blood transfusions during his recovery.