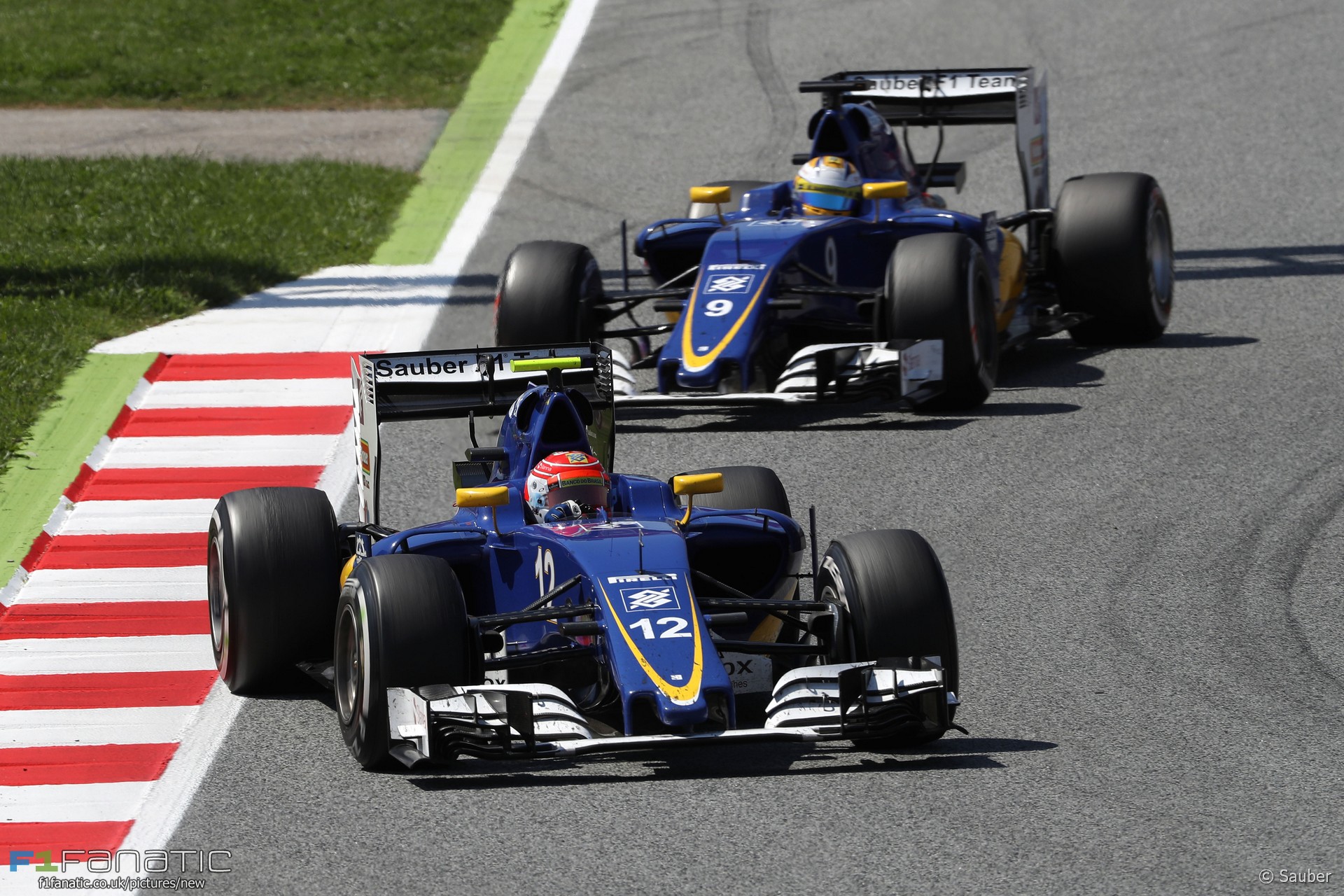 I’m very proud to be part of BT Sport’s coverage team for its first ever live broadcast of qualifying for the Indianapolis 500 this weekend.

Join me and Tom Gaymor for live coverage on BT Sport ESPN on Saturday and Sunday between 9pm and 11pm to see the 33-car grid decided for the 100th running of the great race. We will be supplementing the commentary from the host broadcasters in the USA by providing continuity during their advert breaks.

F1 Fanatic Live will also be running live during the sessions as well as for the two Formula V8 3.5 races, one on each day, and Formula E from Berlin on Saturday.

"Of course, that would also help other teams who are also in difficult conditions, as we are not the only one. We need to work in surroundings that are a bit more favourable towards private teams."

"The wings and floor are the same as what we had in testing, and it's very similar to what we had at the end of last year."

"You never saw it in the '80s because they’d kill each other. Now the drivers think they are in a video game."

"I'm pushing very hard and know I've got a very good shot at it and hopefully I'll be in the car next year, that's definitely my goal."

Rio Haryanto Q&A: Wehrlein is a great reference for me (F1)

"Q: What has been the steepest learning curve? RH: Clearly the tyres. They are completely different than those in GP2."

"The original concepts didn’t please me, the idea of mixing the cars with, for example, as a curtain raiser to the Formula One Grands Prix, or to have other car racing disciplines in the middle of it. But when they came up with the concept of racing only in the cities, in a single day, and without mixing with it any other kind of car that makes noise, then I said, 'OK'"

"In Baghetti’s time, it would have killed him. It’s not hard to conclude that the ruthlessness of today’s young grand prix drivers, on and off the track, is somehow connected to that crucial difference."

"Making this even harder was the fact that the initial deadline set for the Australian Grand Prix gave them little more than two months for it all to come together."

We're throwing it back to 2009 with today's #tbt! Remember this, @Max33Verstappen?

Kimi Raikkonen has made his way up to second in the championship – can we therefore bank on seeing him in Ferrari colours again next year?

Ferrari can see for themselves there is little to choose between Bottas and Massa, the man they dropped three years ago.

Raikkonen is doing a better job than Vettel so far this season, his best since he returned to Ferrari by far. If he wants to stay next season, I think Ferrari would be happy to sign another extension.

If he decides not to, then Grosjean is probably a candidate, maybe Button if he leaves McLaren and as an outsider Sainz if he continues to impress.
@Deej92

Ferrari started its first world championship race – the second round of the world championship – on this day in 1950 in Monaco. Alberto Ascari brought the team’s leading car home in second place behind Juan Manuel Fangio’s Maserati.

107 comments on “Sauber ‘isn’t the only team in trouble’”