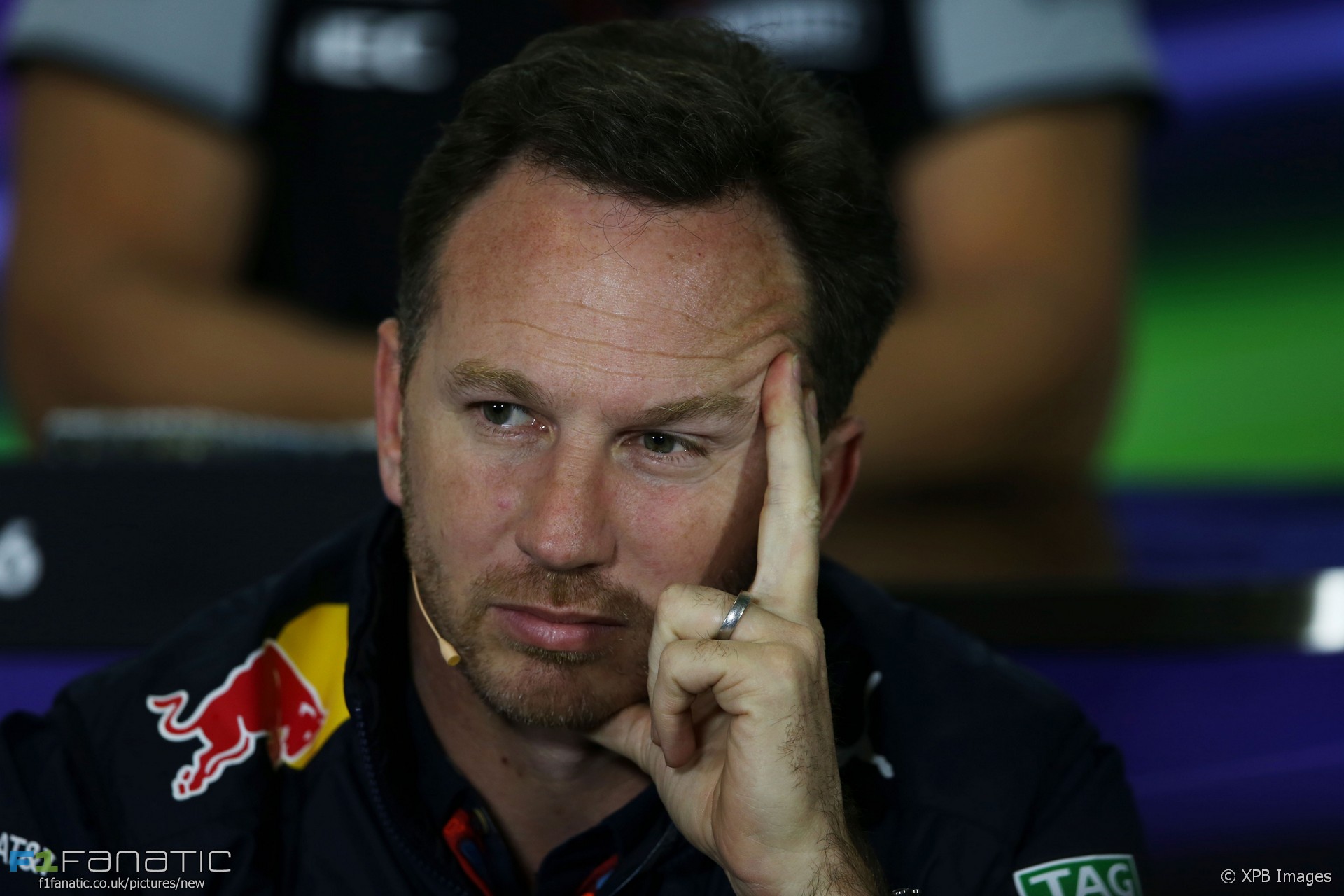 Christian Horner has described Formula One’s new engine deal for 2017 to 2020 as a “weak agreement” while manufacturer representatives back the rules change.

Speaking in today’s FIA press conference Horner said insufficient progress had been made on the key areas addressed by the new rules, which were signed off last month.

“It is a little underwhelming,” said the Red Bull team principal. “It’s a very soft agreement between the manufacturers and the FIA.”

“It tickles the price, deals a little bit with [performance] convergence, the obligation to supply doesn’t really apply. So it’s a very weak agreement. Unfortunately, it’s a shame that more couldn’t be done but I suppose if you look on the bright side it’s better than nothing.”

However Cyril Abiteboul of Red Bull’s engine supplier Renault praised the passing of stable engine regulations for the next four seasons.

“I think what’s good is to have a clear understanding of what’s coming up for the next few years,” he said. “We all know that stability is important, we have agreed for some stability to 2020.”

Power unit prices will be fixed at €12 million in 2018, a reduction of €3 million, according to the FIA. “We have also agreed for price reduction to customer teams, that’s clear, that’s agreed,” said Abiteboul.

“We have achieved a major price reductions over two years,” he said. “We have opened up development scope for others to catch up. We have designed an obligation to supply so no team runs out of an engine contract. We have found a mechanism how performance convergence could be triggered.”

“Lots of good things, many months of hard working and trying to bring everybody on the same page. I think it’s a good step forward.”