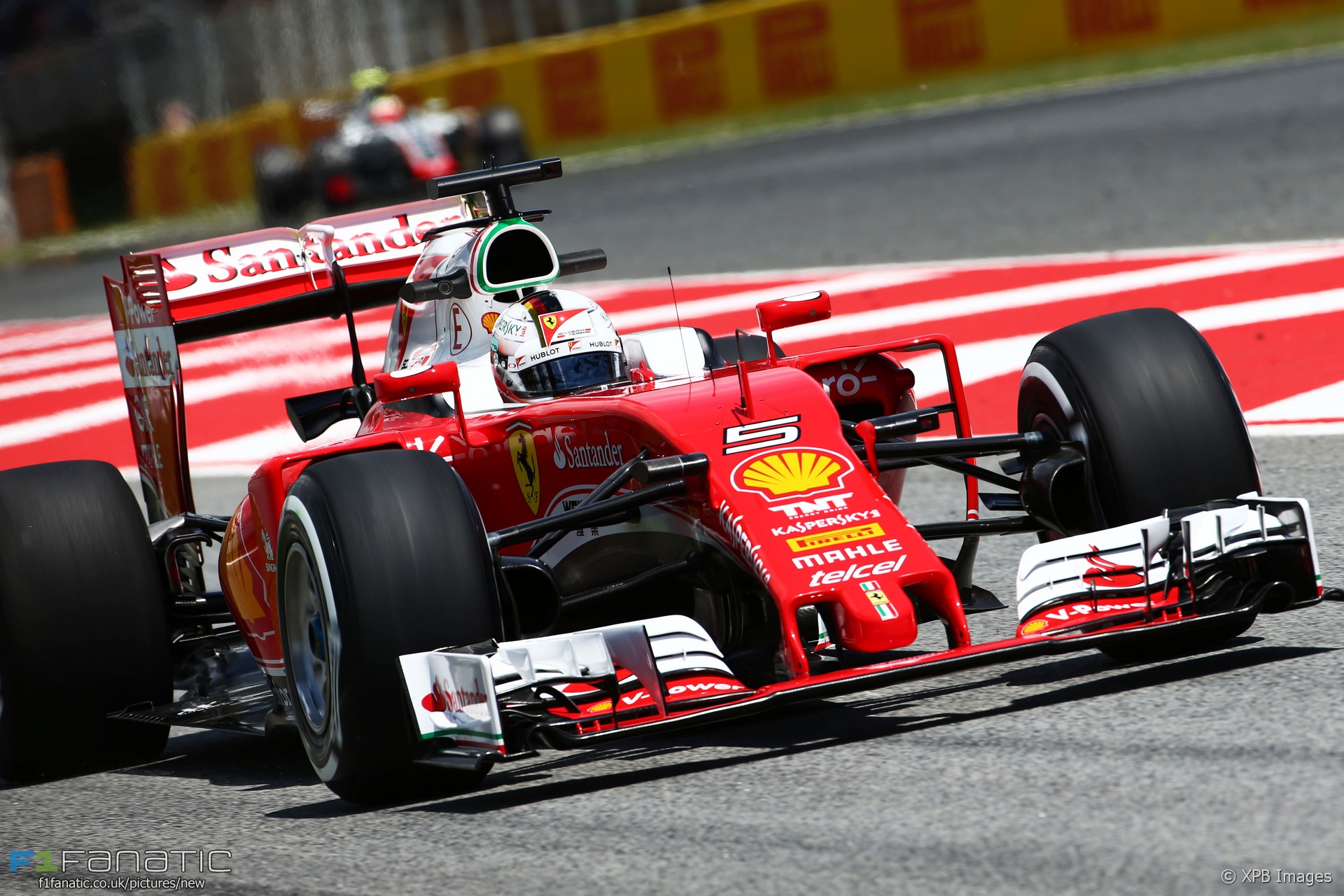 Six tenths of a second. That’s how far Ferrari were behind Mercedes at the end of second practice in Russia two weeks ago. Coincidentally, it was also the gap between the two on Friday at the Circuit de Catalunya 12 months ago.

Today the difference between the two – both using the same tyre compound – is a much closer 0.029 seconds. So, can we expect a closer race?

Unlike in Russia, where drivers could bank on getting a second quick lap out of their tyres, on the abrasive Circuit de Catalunya the soft tyres are a one-shot proposition. And with both Lewis Hamilton and Sebastian Vettel having compromised runs in second practice, the true state of play between the two teams may be somewhat hidden.

Ferrari produced their quickest lap time in the cooler conditions of first practice, when Vettel set a session-topping 1’23.951. The track was around 10C hotter – and more rubbered-in – three hours later when Nico Rosberg narrowly beat it.

Unknown fuel loads aside, there’s no clear reason to assume Ferrari’s lap time was massively flattered. Although the track heated up for second practice it was still quite a bit cooler than the same session last year, when the track temperature hit 51C.

For those hoping for a closer fight between silver and red, this is encouraging. The long-run stints looked comparable as well.

Vettel and Rosberg used soft tyres for their longest runs (below) and both found they only produced quicker lap times than the softs for around half-a-dozen laps. Rosberg’s tyre seemed to hold on a couple of laps longer than Vettel’s. Hamilton only did a short run on mediums – Kimi Raikkonen’s run demonstrated very well how long they can go for without losing too much lap time.

Although Mercedes declared themselves happy with the results of a back-to-back front wing test, Hamilton says there is still a lot of work to do on his car’s set-up.

“I struggled with the car balance through the day and this afternoon in particular it felt really tricky to drive,” he said. ” I had traffic on my quick lap, so the lap times don’t tell the full story, but it’s clear we have plenty of work to do this evening to get the car driving like I want it to.”

Carlos Sainz Jnr emerged a quickest of the Toro Rosso/Red Bull quartet, but the times in the midfield are as close as ever. Also in the mix is Fernando Alonso, who appeared in a strong seventh place for McLaren.

“Looking ahead to qualifying I think we’re in the same situation as we were in Russia,” Alonso said. “The practice times suggest that we can get into the top ten, but you tend to need an extra push to get into Q3, and we don’t have that step quite yet.”

“Still, power unit performance is not as critical here as it was in Russia, so maybe we’ll be able to crack it.”

However it’s back to the drawing board for Romain Grosjean, who after an unhappy day in his Haas decided to “revert on a few things we’ve done” with his car’s set-up.

NB. Esteban Ocon did not set a lap time.

10 comments on “Ferrari show signs of progress on Friday”