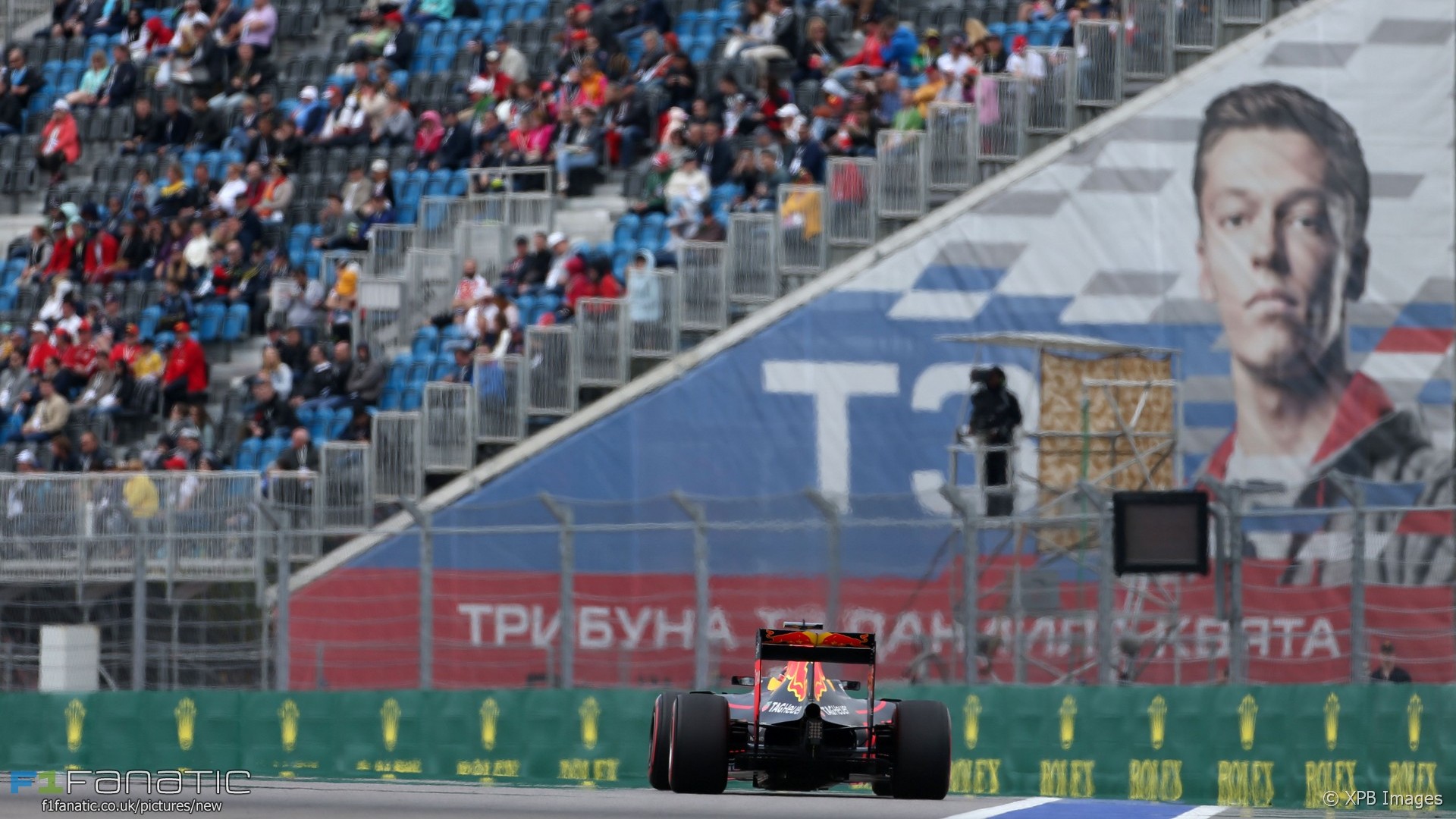 On the face of it Daniil Kvyat’s Red Bull career was going rather well.

In the first year after his promotion from Toro Rosso he out-scored team mate Daniel Ricciardo by 95 to 92. Just two weeks ago he scored the team’s first podium finish of the season in China.

So it’s understandable there’s a perception he’s been hard done by to lose his seat quickly. Even if his blunder on Sunday was one of the more catastrophic errors of recent races.

Sebastian Vettel, whose race was ended by not one but two assaults from Kvyat, took a very public trip to see former team boss Christian Horner on the Red Bull pit wall after the collision. But Horner didn’t need his ex-driver to tell him just how damaging Kvyat’s error had been for his team.

Kvyat called it the messiest start of his racing career – it has now proved the costliest few hundred metres of driving in terms of his future prospects. But even considering how ruinous it was for Red Bull, did Kvyat really deserve to lose his seat over this single race?

When you looked beyond the points totals at the end of last season it was immediately obvious Ricciardo had a better season than his junior team mate. The high-point of Kvyat’s season was second place in Hungary, which his own race engineer admitted afterwards was “more than we deserved”.

The opening rounds of 2016 bore this out: Kvyat was four-nil down against Ricciardo on Saturdays and qualified ten places behind his team mate in the first two rounds. And while he took a podium in China just 18 days ago Ricciardo started on the front row and only dropped back due to a puncture. Once both were in clear air on the same tyres at the end of the race Ricciardo was much quicker.

Meanwhile Max Verstappen, who will take Kvyat’s place at Red Bull, was the stand-out rookie of last season. He would have started and finished every race this year in the top ten had his power unit not packed up in Russia.

Although Verstappen’s furious radio messages in Melbourne drew some criticism from the media, the team cares more about how quick he is. And keeping him out of the arms of rival teams. Elevating him to Red Bull is a useful buffer against any rival outfits which might have come knocking for 2017 – such as Ferrari.

Kvyat’s performances to date have been more solid than stunning. This might be fine if he had been hired by a mid-grid team in need of a capable driver who perhaps brings some backing. But everything Red Bull have done with their junior driver programme to date shows they won’t settle for merely ‘solid’.

His exit from Red Bull may come as a surprise given his results, but less so in the light of his core performance and, no doubt, the team’s assessment of his potential.

As for the Sochi episode, was the crash really any worse than when young Toro Rosso driver Sebastian Vettel crashed into Mark Webber, running second for Red Bull, during the 2007 Japanese Grand Prix? No.

Did Red Bull drop Vettel for that mistake? No. But to Red Bull, Kvyat isn’t the next Vettel. Verstappen is.

67 comments on “Verstappen taking Kvyat’s seat is about future potential, not past results”