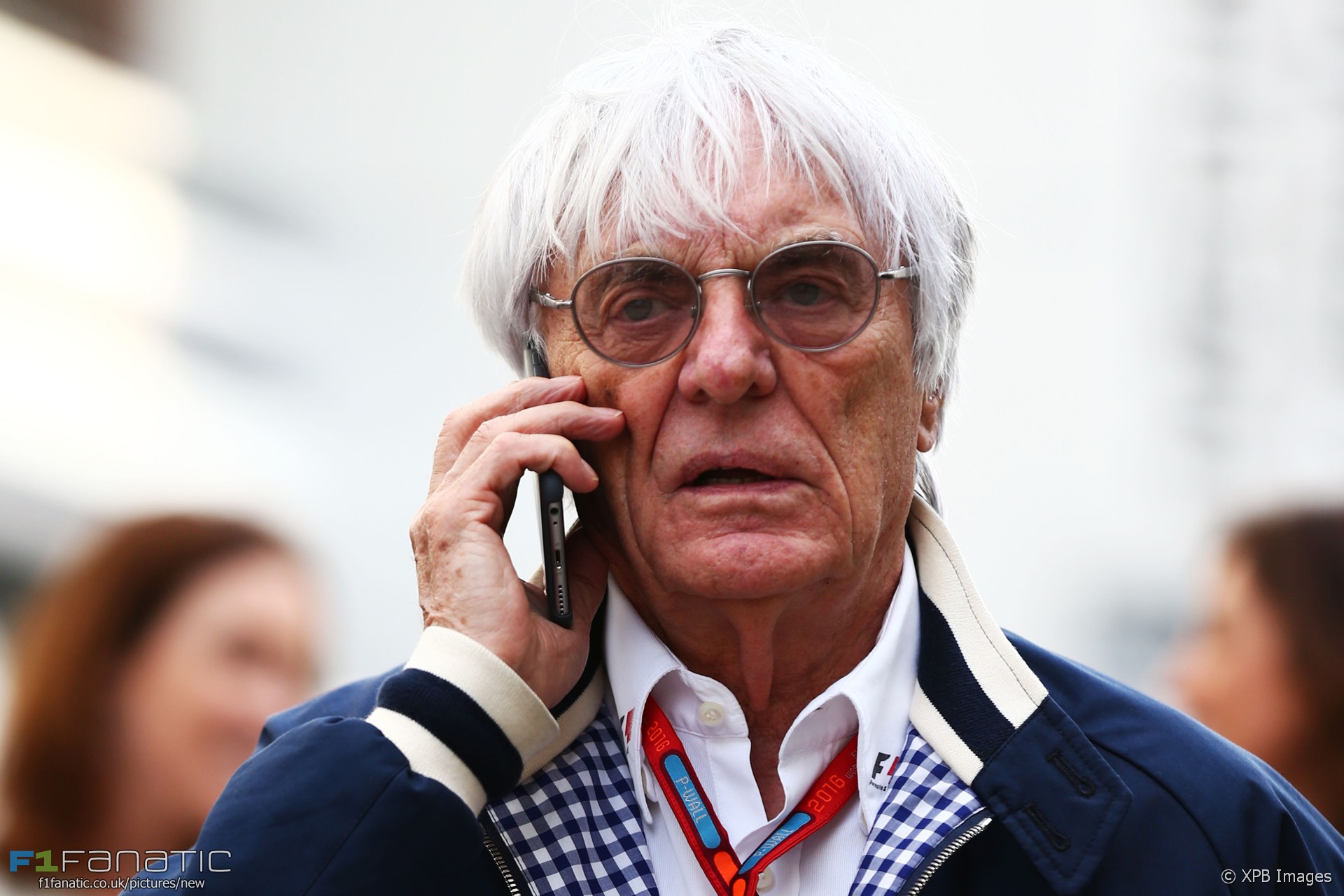 In the round-up: Bernie Ecclestone says performance between the engine manufacturers’ products must converge or the new 2017 rules will be “torn up”.

"Ecclestone stressed the key part of the new rules was ensuring a convergence in engine power and that the customer engines matched those of the manufacturers. Should that not be the case, he warned: 'That will all be torn up and we will start again with a new set of regulations'."

"Of course we don't do it deliberately and the team has been abused on some of the social media and conspiracy theories are out there. My response to this is I don't even want to ignore this bunch of lunatics who would think that we would harm a driver, our driver who has been a double world champion for us, he hasn't let us down and we wouldn't let him down."

"The reason why I am being vocal about it is that I want to protect the guys. They are being hit by comments that are just inexcusable and unfair and abusive without reason."

"Do I think it is not going to happen again? No. There'll be problems ahead."

"I'm aware there's going to be at least one 10-place penalty in the future because I've got one more reprimand to go. The last one was bloody ridiculous."

Maurizio Arrivabene Q&A: There are no excuses (F1)

"To turn to telemetry is not the right way to look at this situation. If we look at the images it is quite clear. Sebastian told me that he touched him one time – just at the beginning, and just a bit – but the second impact was quit hard."

"I felt the car was good, but obviously we were saving so much fuel during the race and at one point I said I want to do one quick lap just to wake up a little bit because I feel not good, and yeah the potential is there!"

Button: "They actually don't lose time (by cutting turn two) - they probably gain time because everyone else is trying to fight through turn two and three. It's a funny one, it needs to be looked at."

Luca Colajanni: "What I do not accept it is to hear critics to experiments such as halo or aeroscreen, saying that Formula 1 should continue to have an element of danger."

Bernie on F1 at Imola in 2017: "We've been trying to do something, but they're Italian, so we'll probably know on the Thursday before…."

Mercedes can't find root of engine failure. Hamilton will use engine 1 from China. In the night they brought new fuel system by plane #F1

That's why Kvyat hit Vettel – he was distracted by an alien spaceship trying to abduct him. #F1 #RussianGP pic.twitter.com/xD5BgMv6Ps

Grease on every leading edge of the Red Bull pic.twitter.com/U8688TfBdx

Has anyone else noticed that penalties fly when Emanuele Pirro is steward of the meeting?

Much more solid race. Points for the team and not far away for me. Just losing the tyres a bit too much in the second stint… On to Barca!

Looking at the start again the driver who had a really lucky escape was Verstappen. So close to being clipped by Kvyat in turn three. #F1

Really tough to be at a racetrack and not be able to drive. But it's finally May, so see you soon @IMS!! #100th500 pic.twitter.com/FEfbH1Zi4h

Thinking of #Senna and #Ratzenberger 22 years after that terrible weekend #RacingUnited pic.twitter.com/HVGP2E2Mzq

LRT: sabotage: people switch on your brains! This will NEVER happen. Think about it. #fandom

Would you rather see an open competition where one team dominates, or a rigged contest where everyone gets a chance to win?

F1 should not artificially try to close this gap, every few year a title goes to the wire but if this is forced it no longer becomes special. In the late naughties we were spoilt by dramatic title battles but these do not happen every year, sometimes we have to wait a decade for it. I have watched F1 for 30 years and this season is very good so far.
Markp

Forty years ago today James Hunt won the Spanish Grand Prix at Jarama. However his victory was initially taken away from him when the rear of his McLaren was found to be too wide. His first victory for the team was later reinstated on appeal, relegating Ferrari’s Niki Lauda back to second, which later turned out to be highly significant for the championship.