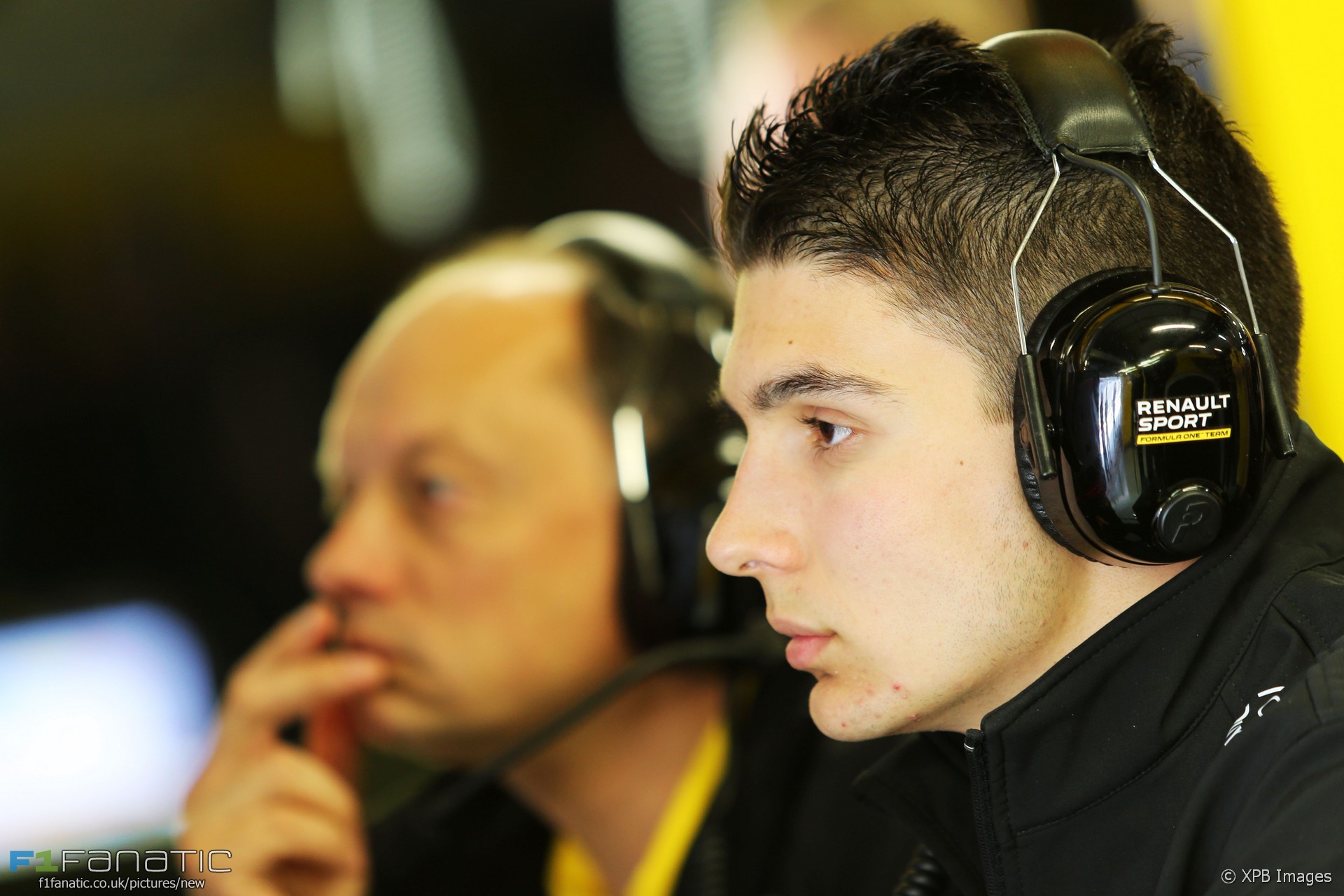 Esteban Ocon will drive for Renault in the first practice session for the Spanish Grand Prix.

The team’s reserve driver previously tested for them at the end of 2014, when they were Lotus, including in practice for the final race of the year in Abu Dhabi. His first outing was described as “exceptional” by the team’s trackside operations director Alan Permane.

Ocon revealed the news on his Twitter feed. He is the reigning GP3 champion and won the European Formula Three championship in 2014 when he was backed by Lotus.

The 19-year-old will make his DTM debut for Mercedes at the Hockenheimring next weekend.