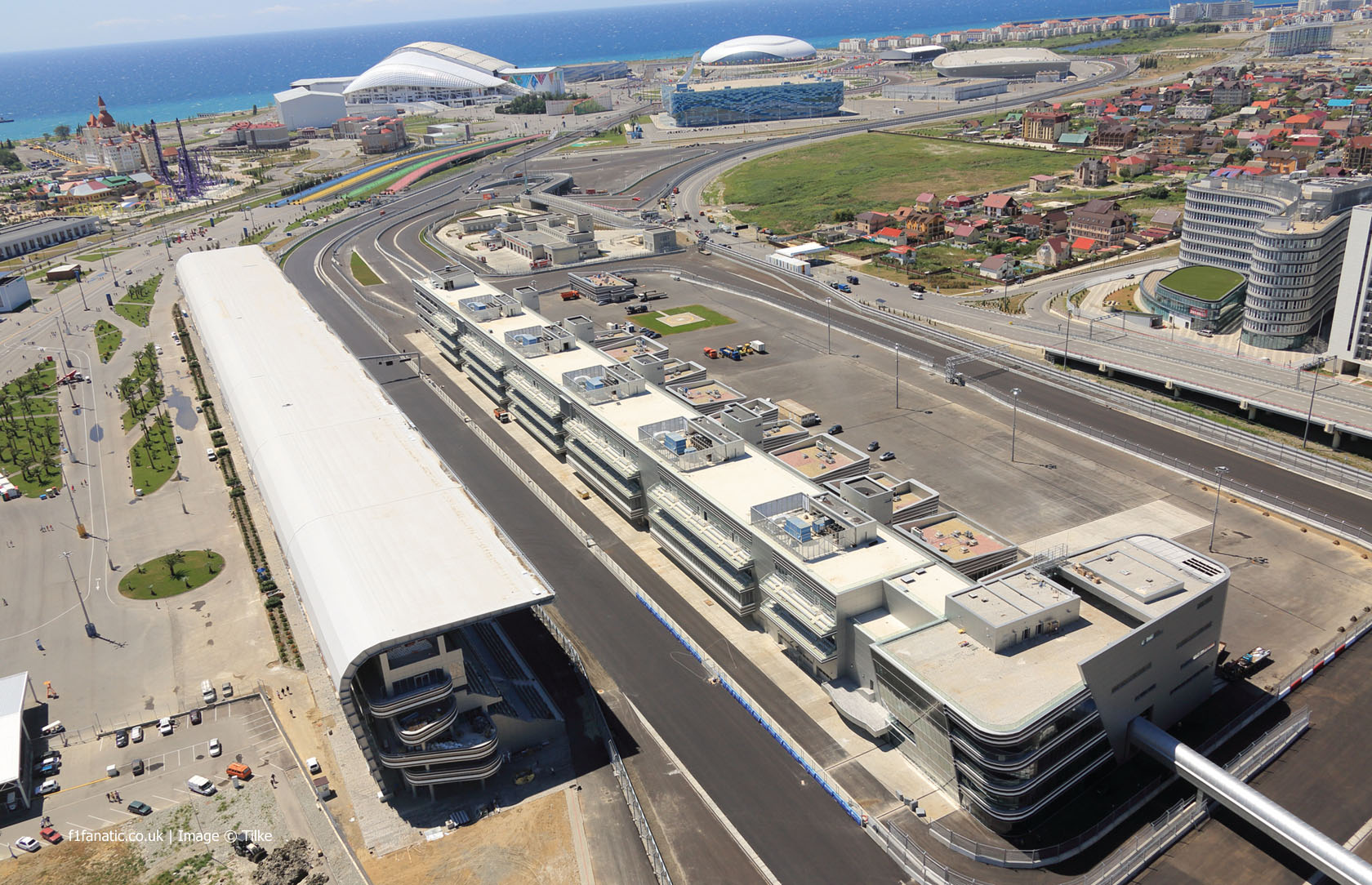 With its abundance of slow corners, vast expanses of asphalt run-offs and low-grip surface, Sochi Autodrom is typical of the modern generation of F1 tracks designed by Hermann Tilke.

The home of the Russian Grand Prix is a faux-street circuit in a similar vein to the former European Grand Prix host Valencia. This isn’t a rough, narrow, winding course but a wide layout with decent acceleration zones punctuated by the inevitable slow turns. The sweeping turn three is the track’s most notable corner.

This is the first race this year where teams do not have access to a softer compound than that which was used last season. That explains why almost all the teams have only selected the single set of medium compound tyres the rules require them to have, while Red Bull and Haas will stack up ten sets of super-softs for each of their drivers.

A lap of Sochi begins with the flat-out run through turn one beyond which the drivers hit a top speed of around 340kph. Few tracks have a longer run from the grid to the first braking zone, so any drivers who haven’t mastered the new starting procedures yet will be punished on Sunday.

Turn two tends to see a lot of action and policing the run-off area was a challenge for the stewards last year. Further changes have been made this year to the kerb and run-off to keep drivers within the track limits.

Turn three might be the closest we ever come to seeing F1 cars running on a US-style one-mile oval and its hazards are much the same. It’s slippery off-line and the build-up of marbles will exacerbate that, especially if the new tyre rules means we see drivers running the super-softs for longer.

The following corner can be an overtaking opportunity, but only if the attacking driver is much further alongside his prey than Kimi Raikkonen was when he turfed Valtteri Bottas off on the final lap of last year’s race.

The drivers then enter a succession of similar but subtly different turns. “There are a lot of corners where it feels you’re braking too late but where the exit opens up and there you have to focus on getting the exit right,” explains Kevin Magnussen. “You have to be a little bit different in how you approach your driving there.”

Turn ten leads onto the second-longest flat-out stretch on the track and the second DRS zone after the pit straight. The approach to turn 13 is tricky: drivers must cancel manually to ensure the car is table as they begin braking, while the car is still exiting turn 12, Add a cool set of the harder tyres into the mix and you get a crash like Carlos Sainz Jnr’s in final practice last year.

While the low-grip surface does not tax the tyres, in qualifying the final sector can become tricky as drivers begin to lose traction. Six slow corners in a short space of time bring them back around for another lap.

The frequent stops and repeated high acceleration zones make this one of the toughest courses for fuel consumption. “When we were there two years ago we immediately realized that the 100 kg maximum allowance for the entire race was quite restrictive,” explains Ferrari’s power unit director Mattia Binotto. “In fact, you need somehow to save and manage the fuel during the race and optimise it for the race distance.”

While the conventional part of the engine gets a hard time, the power recovery systems have plenty of opportunities to generate additional energy. Nine lengthy braking zones per lap keep the MGU-K charging and with 60% of the track taken at full throttle the MGU-H plays a bigger role than it would at a conventional street track.

The result is a track where the complete performance of the power unit is tested. “You need to get the balance right between the long straight which require high accelerations, the corners, every other part of the circuit, and finally to optimise the best lap time and the energy management between the internal combustion engine and the whole system,” says Binotto.

On top of that, the teams need to strike the best balance for power unit use over a single lap and throughout a race stint. “In terms of race management, the drivers’ lines can be very different in Russia,” Binotto explains. “There are quite a few opportunities for overtaking and therefore it is quite important to manage correctly the way you accelerate the car by using different strategies in the race, compared to qualifying in hybrid and power unit energy management.”