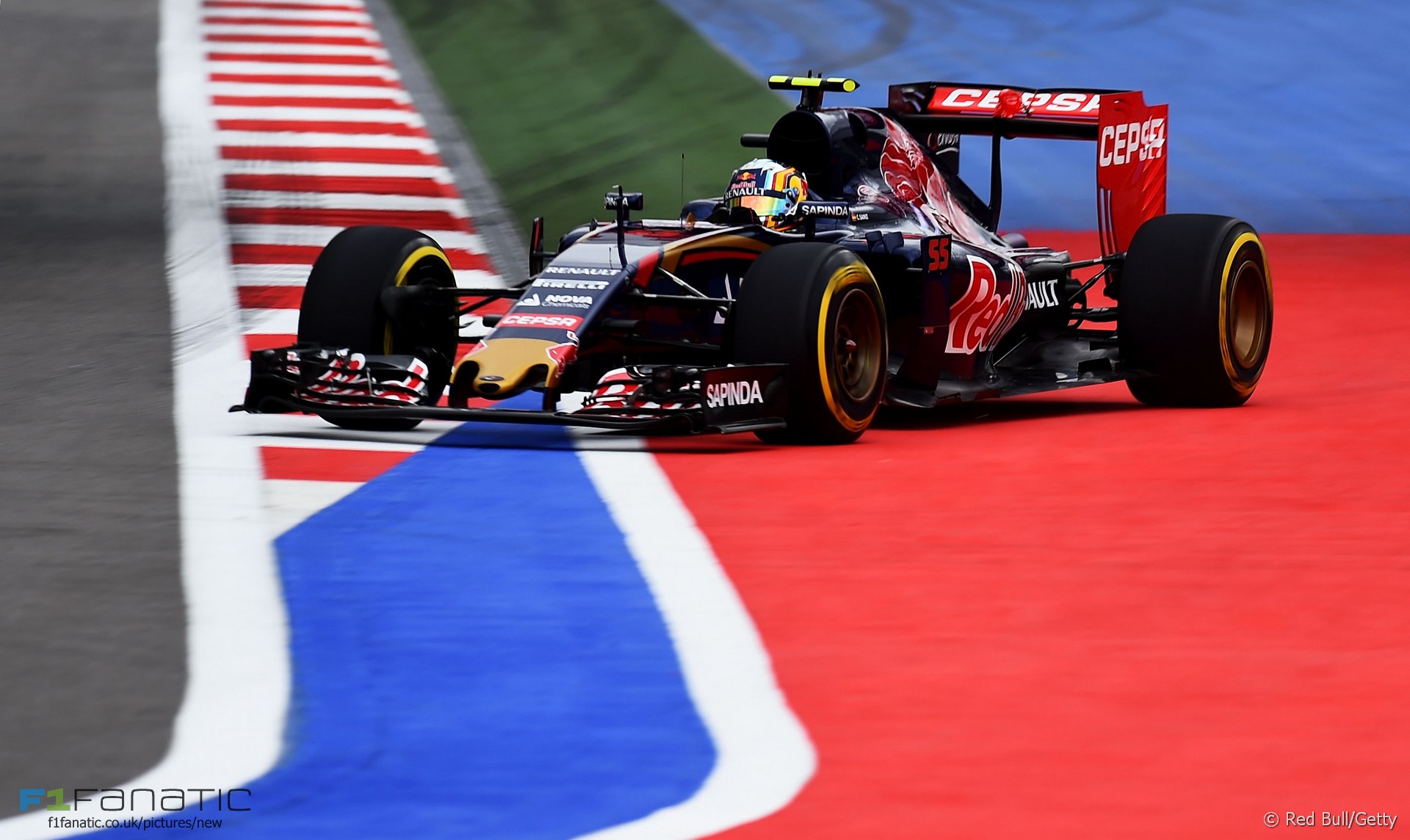 Carlos Sainz Jnr says the run-off areas at the Sochi Autodrom are too wide in places – despite surviving a huge crash at the circuit last year.

Sainz had a heavy impact with the barriers at turn 13 during final practice for last year’s race. However he believes the run-off is excessive at other points around the 5.8 kilometre lap.

“At the start of the lap there’s a lot of slipstream, so it’s possible to arrive to turn two with four cars side by side,” he said.

“One thing I don’t like, especially here at this second corner, is the wide tarmac run-off areas, where a lot of cars just run wide instead of committing to the corner,” said Sainz.

The turn two run-off area was a problem for the race organisers last year. For the 2015 race the stewards originally instructed drivers who went off at the corner to make their way around a polystyrene bollard.

However after Artem Markelov caused a crash at the start of a GP2 race by hitting the barrier, the policy was abandoned.

Sainz described his crash at turn 13 last year as “the biggest of my career so far”. The Toro Rosso driver was unable to participate in qualifying but took part in Sunday race, only to retire with a brake fault.

“Last year’s race was quite exciting so I hope for another one like that and to be able to continue scoring points,” he added.