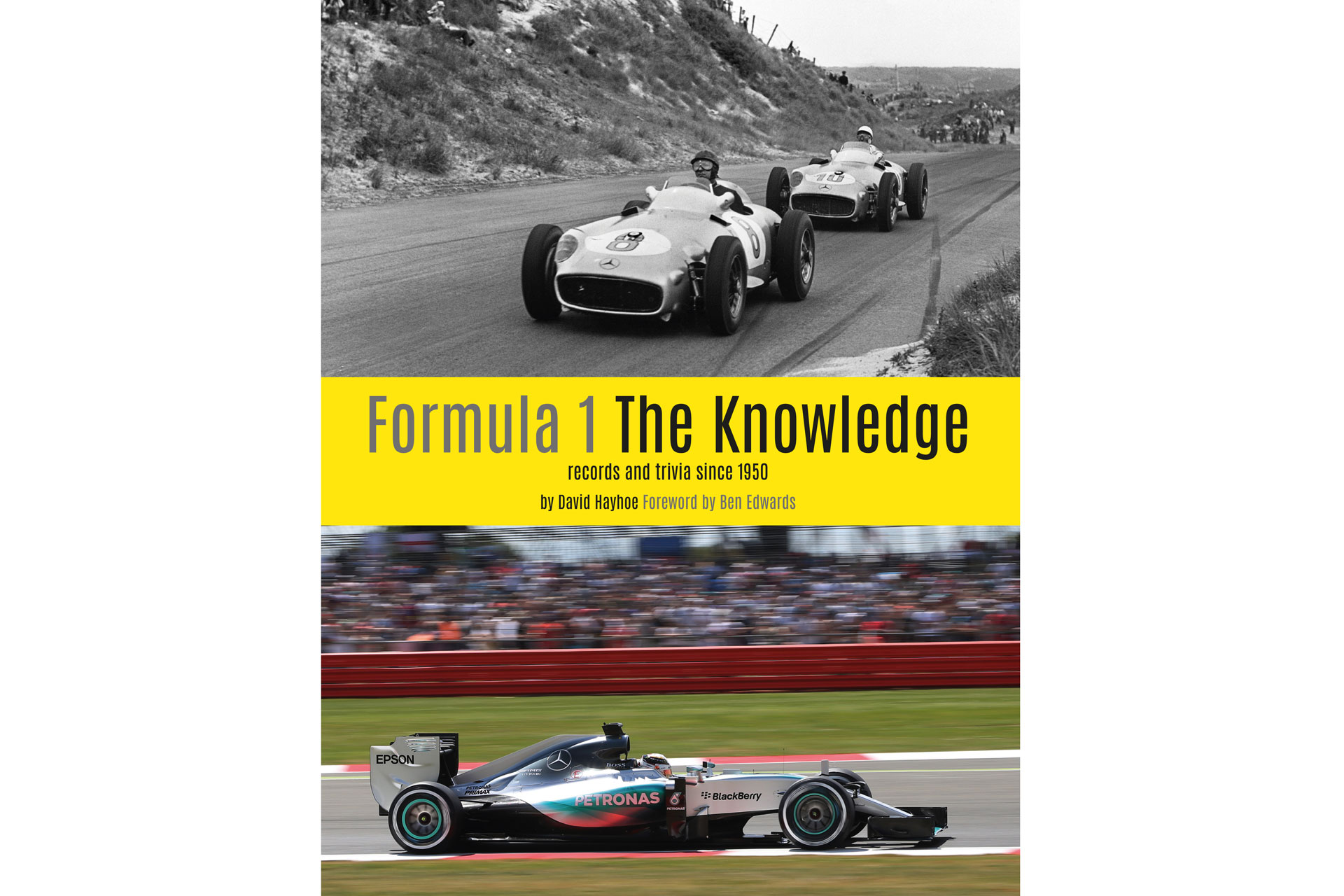 With several Formula One statistics websites competing for your clicks it’s becoming harder to make a case for shelling out for books on the subject. Particularly when they have the inevitable disadvantage of not being as recent as the material which can be found online.

But the exhaustive scope of “Formula 1 The Knowledge” puts it beyond what most sites can supply. David Hayhoe has authored many books on Formula One statistics and displays sheer mastery of the subject in this substantial work.

As you might guess, this is not a book you’re likely to read cover to cover in one sitting. But nor is it a dull listing of the results of every single grand prix – something which can easily be unearthed with a browser.

This is all about metrics, and it goes far beyond the obvious ‘who won the championship earliest in the season’. This book can tell you which driver took the most consecutive fastest laps at the same track, which was the only team to score a podium finish in its final race and how every team which competed in the world championship got their name.

You might find a book filled with pages of F1 data is a bit dry in places. On the other hand, you’re reading a website called F1 Fanatic, so probably not.

The reams of numbers are garnished in places by a selection of photographs, many the author’s own. But it’s the thoroughness of the job which has been done with the numbers which really impresses.

It’s always risky to call something ‘definitive’, but this deserves the term. It’s almost inconceivable that you could pick this book up with a Formula One statistics question in your mind and not find the answer within its pages.

We’ve got two copies of Formula 1 The Knowledge to be won as part of the F1 Fanatic Predictions Championship. Enter here:

15 comments on “Formula 1 The Knowledge reviewed”