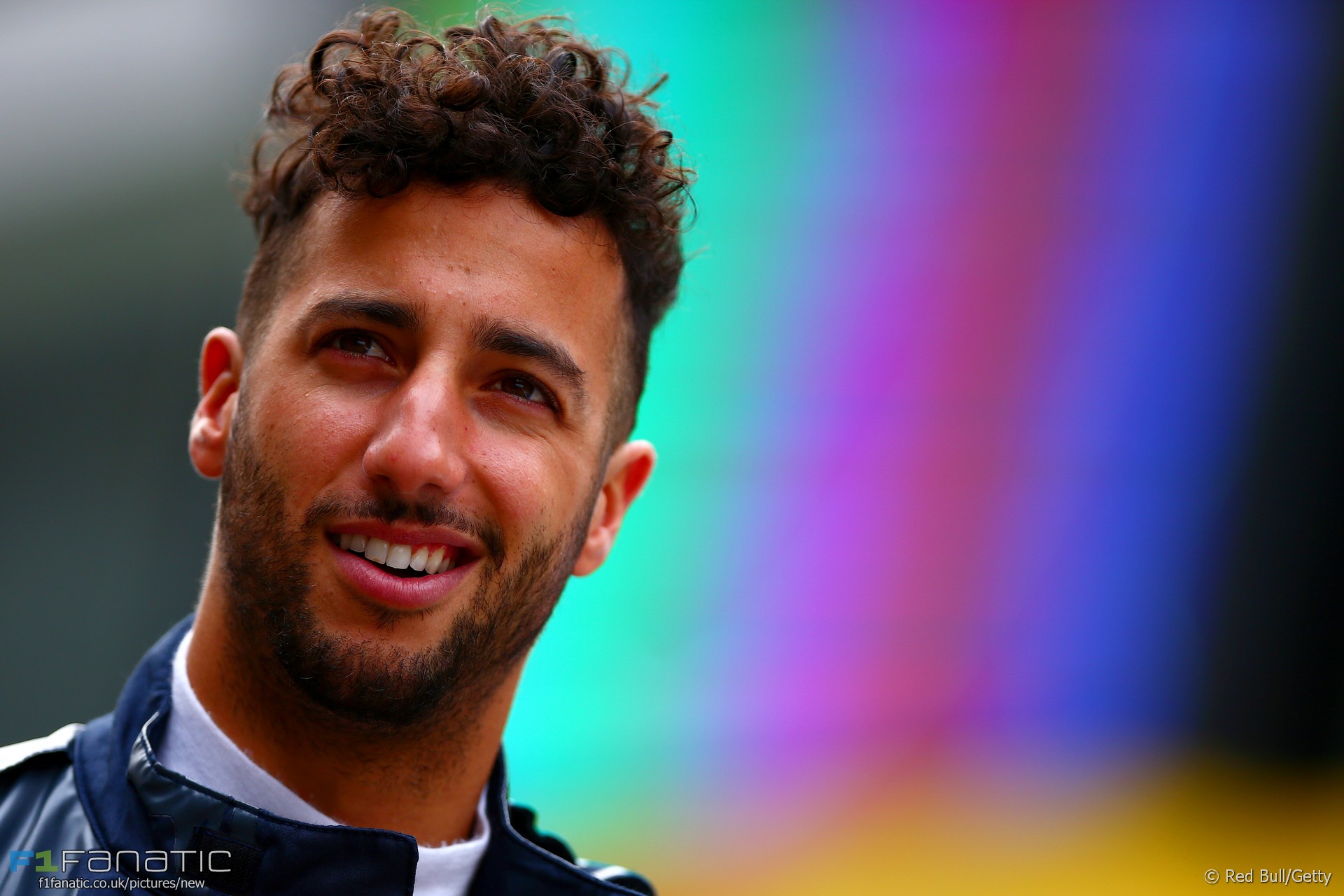 Daniel Ricciardo won the Driver of the Weekend poll for the Chinese Grand Prix. The Red Bull driver finished fourth in the race after picking up a puncture while leading.

His fourth Driver of the Weekend poll victory was won with 44.7% of the vote, which put him ahead of race winner Nico Rosberg.

Ricciardo showed pace from the off in China, putting his Red Bull inside the top five in both dry practice sessions. With everyone predicting a wet qualifying following a soaking third practice, Ricciardo was hopeful of mixing it with the Mercedes and Ferrari cars.

The rain never materialised but remarkably Ricciardo still put his car on the front row. A mighty lap allowed him to capitalise on underwhelming runs from the two Ferrari drivers.

That put the Red Bull driver in prime position to take the lead from Rosberg at turn one. With Rosberg starting on the hard softs and Ricciardo on super-softs, the RB12 duly moved into first place when the lights went out.

Unfortunately for Ricciardo just three laps into the race he picked up a left-rear puncture, possibly due to debris from a first-corner collision which involved several drivers. That forced him into the pits early, and although the appearance of the safety car just moments later allowed him to regain ground, it also allowed others to pit and stay ahead of him.

Nonetheless Ricciardo refused to be beaten and an impressive drive – including astute defending from Hamilton and a mighty overtake at turn six – saw him claim a fine fourth place, less than seven seconds behind his team mate.

He had a fantastic qualifying, capitalizing on the mistakes of the Ferrari drivers. Then in the race he made a good start, but got an unfortunate puncture that dropped him to near the rear of the field. Despite dropping back, he charged through the field to finish only eight seconds off of Kvyat.
Adam Blocker (@Blockwall2)

A great lap in qualifying put him on the front row and he followed it up with another great performance in the race, if it hadn’t been for his tyre failure he would surely have had a podium.
@PJA

He was in my top three at the first two races and here he was head and shoulders above the rest in terms of driving ability all weekend.
@Montreal95

Daniil Kvyat won Formula One Management’s Driver of the Day poll but won just 12% of the vote here. Did he really out-perform Ricciardo?

Not only he extract the maximum of his Red Bull, but more importantly he outdid himself. The move on turn one is a world champion move, and he stand by his right to that move even though a more senior and four-times champion driver scold him publicly. My opinion on him just improved drastically on that race.
@Sonicslv

The entire move in turn one aside I don’t see how he is even eligible for Driver of the Weekend. Out-qualified again, was nowhere near Ricciardo all weekend and his podium is only thanks to the Ferrari drivers hitting each other and his team mate getting a puncture. If it wasn’t for this bold move he would have finished a lonely fifth.
@Xtwl

Rosberg and Kimi Raikkonen both received credit for their wildly different – but similarly impressive – performances.

What more could Rosberg have done. Lap the field? He nailed it all weekend. Give him some credit even if he is in the best car. He is still delivering in spades.
Mick Harrold (@mickharrold)

Kimi Raikkonen beat Vettel who is a usually very good in qualifying and recovered very well to fifth though had a chance of winning his first race in some time.
Alex Roberts (@arobbo)

But at the opposite end of the scale both Force India drivers failed to pick up a single vote for the second race running. There were no votes for the Haas drivers either, including Australian and Bahrain Grand Prix Driver of the Weekend winner Romain Grosjean who had a disastrous weekend.