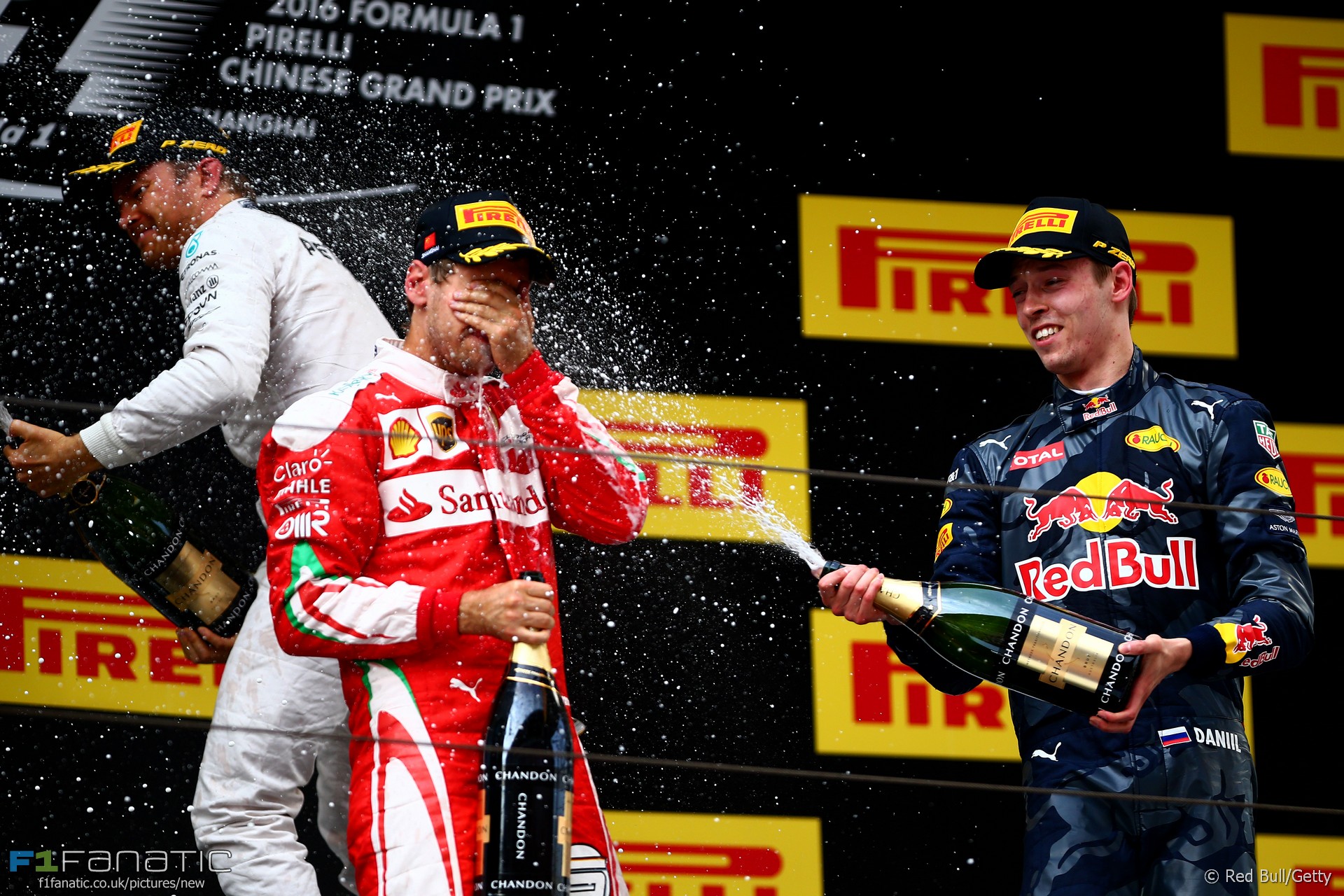 Far fewer radio messages were broadcast during the Chinese Grand Prix than there were 12 months ago, indicating the new restrictions are having a significant effect.

However it’s not clear how many of the total radio message Formula One Management is choosing not to broadcast.

This year very few messages were broadcast at all. But those that were proved among some of the most revealing of the season so far.

Sebastian Vettel’s fury at Daniil Kvyat following an incident at the first corner drew much interest. Kvyat was not penalised for the incident, but Vettel repeatedly and strenuously blamed the Red Bull driver for it.

The Ferrari driver’s angry was interpreted by many as being a sign of his embarrassment at having hit team mate Kimi Raikkonen while trying to avoid the Red Bull driver.

Kvyat in turn was venting his spleen at lapped traffic – not for the first time. Here’s what we heard in China.

Lap: Refers to lap message was broadcast on. There may be a delay between messages being said and being broadcast. PR = pre-race; FL = formation lap; VL = victory lap.
Message: Repetitive or irrelevant messages omitted. Notes in italics. Highlights in bold.