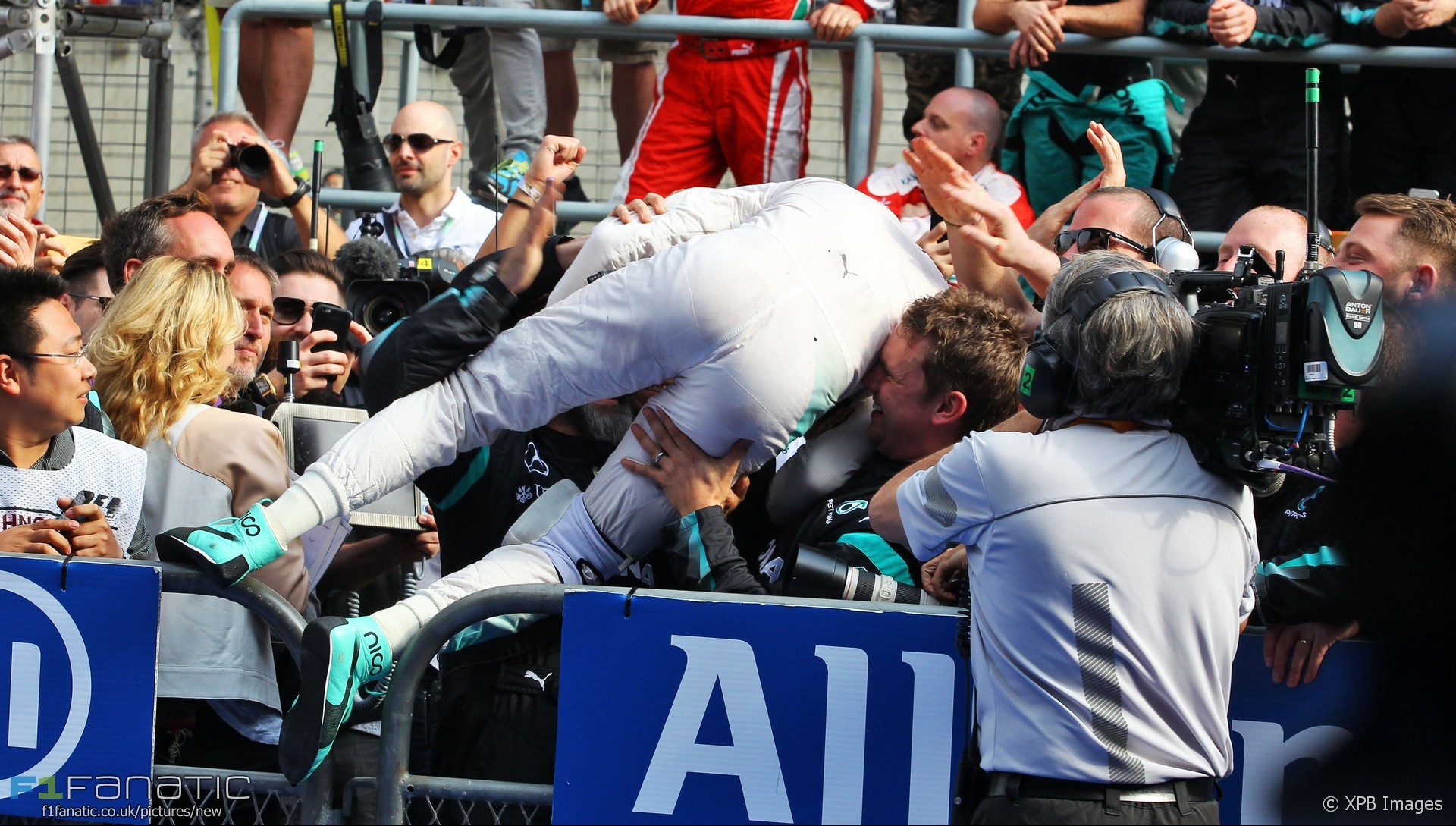 Ten of the best pictures which tell the story of the 2016 Chinese Grand Prix weekend. Renault started their weekend on the back foot after a suspension failure meant Kevin Magnussen failed to set a time on Friday. High mandatory tyre pressures made for tricky driving conditions. Lewis Hamilton slipped up more than once on Friday – but gearbox and power unit problems proved a bigger dampener on his weekend, forcing him to start last. The first part of qualifying was halted for 20 minutes when Pascal Wehrlein snapped into a spin after hitting a bump on the pit straight and hit the barrier. An inspired lap by Daniel Ricciardo secured second place on the grid at the expense of both Ferraris. Felipe Massa kicks up sparks in his Williams. He failed to accompany Valtteri Bottas into Q3 but finished ahead of his team mate in the race. Super-soft tyres fired Ricciardo past pole sitter Nico Rosberg at the start. The Ferraris followed them in to turn one but a stalking Daniil Kvyat was about to grab the inside line, leading Sebastian Vettel tangle with Kimi Raikkonen. The aftermath of the first corner collision: Hamilton and Raikkonen limp back with broken front wings. Rio Haryanto fires his Manor out of the pit box. He brought his car home ahead of Jolyon Palmer’s Renault. Rosberg celebrated his sixth win on the trot. Vettel exchanged words with an unrepentant Kvyat over the incident at turn one.