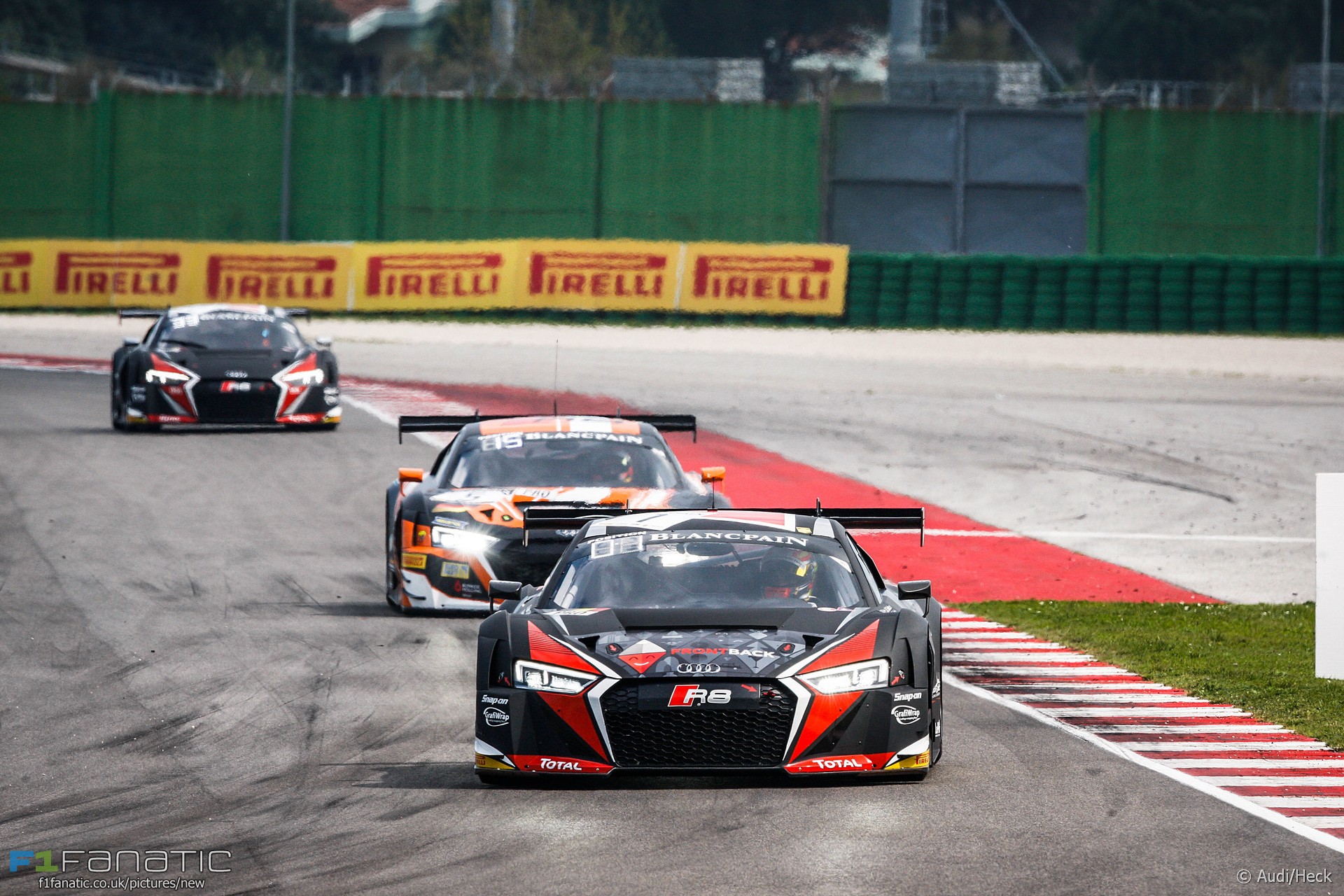 A huge 39-car field contested the opening round of the GT Series Sprint Cup. There was one more car on the grid for the NASCAR round in Texas – but 13 were wiped out in a single shunt.

Laurens Vanthoor and Frederic Vervisch won the season-opening race at Misano in a WRT-run Audi. But they were pushed hard by the HTP Mercedes of Dominik Baumann and Maximilian Buhk – the latter was just 1.6 seconds behind Vanthoor at the flag.

Watch the full race above plus highlights of the qualifying race.

Kyle Busch moved into the lead of the points standings with his second consecutive NASCAR Cup victory. This came despite a pit lane collision with Jimmie Johnson, who also continued to finish fourth.

Dale Earnhardt Jnr was second despite also encountering drama in the pits, leaving one of his pit stops with flames licking his car.

A major 13-car crash late in the race aided Busch’s cause: he drew clear following the restart with 33 laps to go and never looked back. Having also won the Truck race at Martinsville and Friday’s Xfinity race, Busch became the first driver since Harry Grant in 1991 to sweep consecutive weekends.

Marc Marquez eased to his fourth consecutive Circuit of the Americas victory, sustaining his perfect record at the track since Moto GP started racing their in 2013. Valentino Rossi fell early on, while Andrea Dovizioso was wiped out for the second race in a row, this time by an out of control – and apologetic – Dani Pedrosa. Cal Crutchlow also fell, while seconds later compatriot Bradley Smith repeated the incident in sympathy, nearly wiping Crutchlow out.

Meanwhile set your recorders, reminders and alarm clocks for a mega weekend of motor racing action. As well as round three of the Formula One world championship in China we will have the opening rounds of the World Endurance Championship, Formula V8 3.5 and World Rallycross.

Which of those will you be watching? And if that’s not enough, what other races are on your must-see list?