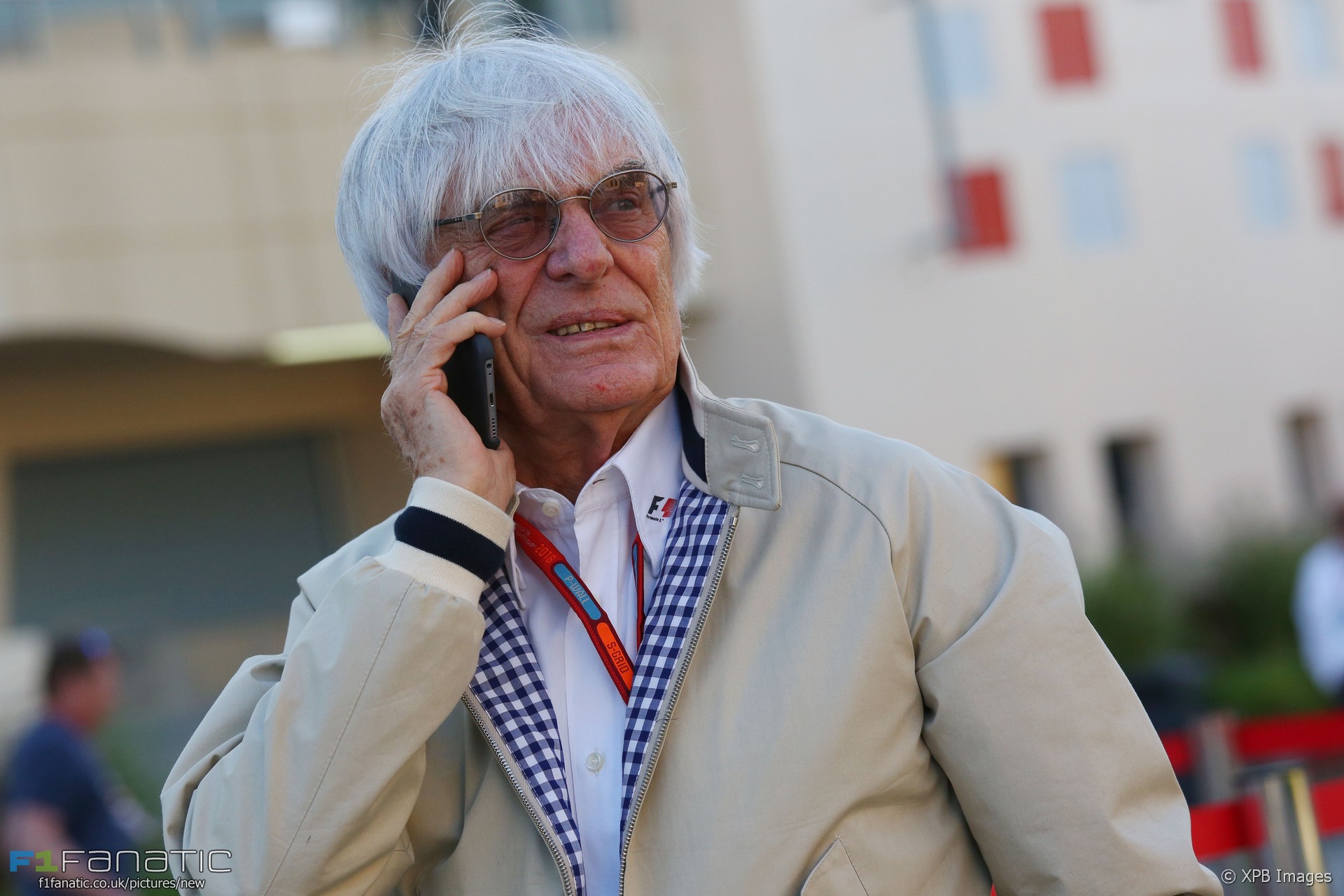 In the round-up: Bernie Ecclestone defends F1’s huge bonus payments to Ferrari as progress continues on a complaint from two teams to the European Union over F1’s payment structure.

"If it's shared equally it's alright. If it's shared in a way like Ferrari benefit a bit because they've been racing a lot longer than anybody else. And in the end, Ferrari is Formula 1, so they should be (paid more)."

"McLaren, which finished ninth, receives a projected $82m, while fifth-placed Force India earned $67m - a situation that lays at the heart of the team's complaint to the EU Commission over what it insists is unfair competition."

Bob Fernley: "We submitted our complaint. The complaint has then gone to CVC (commercial rights holders). CVC have responded back (to the EU), which we have a copy of, and then we have to reply again to that final part of it."

"I stick to what I said, which is that these power units are too expensive. They have cost a lot of money already and they will keep costing a lot of money and think everything else that we have been trying to do with adaptations and changes of rules doesn't change the key problem."

"There is an option for a multi-year programme with Ilmor and they represent an important development strand to us."

"I think we are in a better position than 12 months ago. Progress is being made with the power unit and regulation changes are happening for 2017 already on the chassis side."

'We should be pushing flat out the whole race' - Hamilton (F1i)

"It is incorrect to say that the anticipated lap time improvement will all come from downforce, because it simply shouldn't be. The whole idea is that half of that will come from mechanical grip, and the other half will come from aerodynamic downforce."

Take it or Leave it (but you’d better believe it...) (The Buxton Blog)

"While the complex system of F1 Commissions and World Motor Sport Councils may have existed for decades, the weakening of the FIA and its President’s own position within those groups is an entirely new phenomenon."

"Fittipaldi's press office released a statement saying that the difficulties are 'the result of an unstable financial and political scenario' in Brazil, which is in political turmoil and facing its worst recession in decades."

"I asked myself at the time – why the hell didn’t the team get the chance to present their case? I believe that the FiA didn’t want word to get out that the rigs may be unsafe – you can imagine it would not have gone down well with other teams or with the public."

Tony Fernandes: "My F1 experience wasn’t very successful for me, but this is something positive that has come out of it."

Lewis Hamilton, Flashy on the Track and Off (The New York Times)

"I’m probably the only man in my sport who wears diamonds."

Expect the new aggregate qualifying format to be approved today, but don’t expect the row to end:

There’s one thing that shocks me about this whole ordeal: qualifying was great as it was. There was nothing wrong about it: it was exciting and there were always cars on the track even after chequered flag. But because of this hardly anyone is talking about F1 for the racing, the results or even the real F1 problems: just this lunatic issue.

About the aggregated system: it’s just an added point of complexity and I believe it will make everything even more predictable. While now a driver usually does a ‘banker’ lap before doing a second one more on the edge, we will see drivers doing both laps conservatively, which will provide, for sure, a better average result than risking with laps on the edge. In the end everyone will be perfectly ordered with quite less unpredictability than before.

Damon Hill made it three wins in a row at the start of 1996 by winning the Argentinian Grand Prix. Jacques Villeneuve made it a one-two for Williams while the race was disrupted when Pedro Diniz suffered a major fire following a refuelling pit stop.