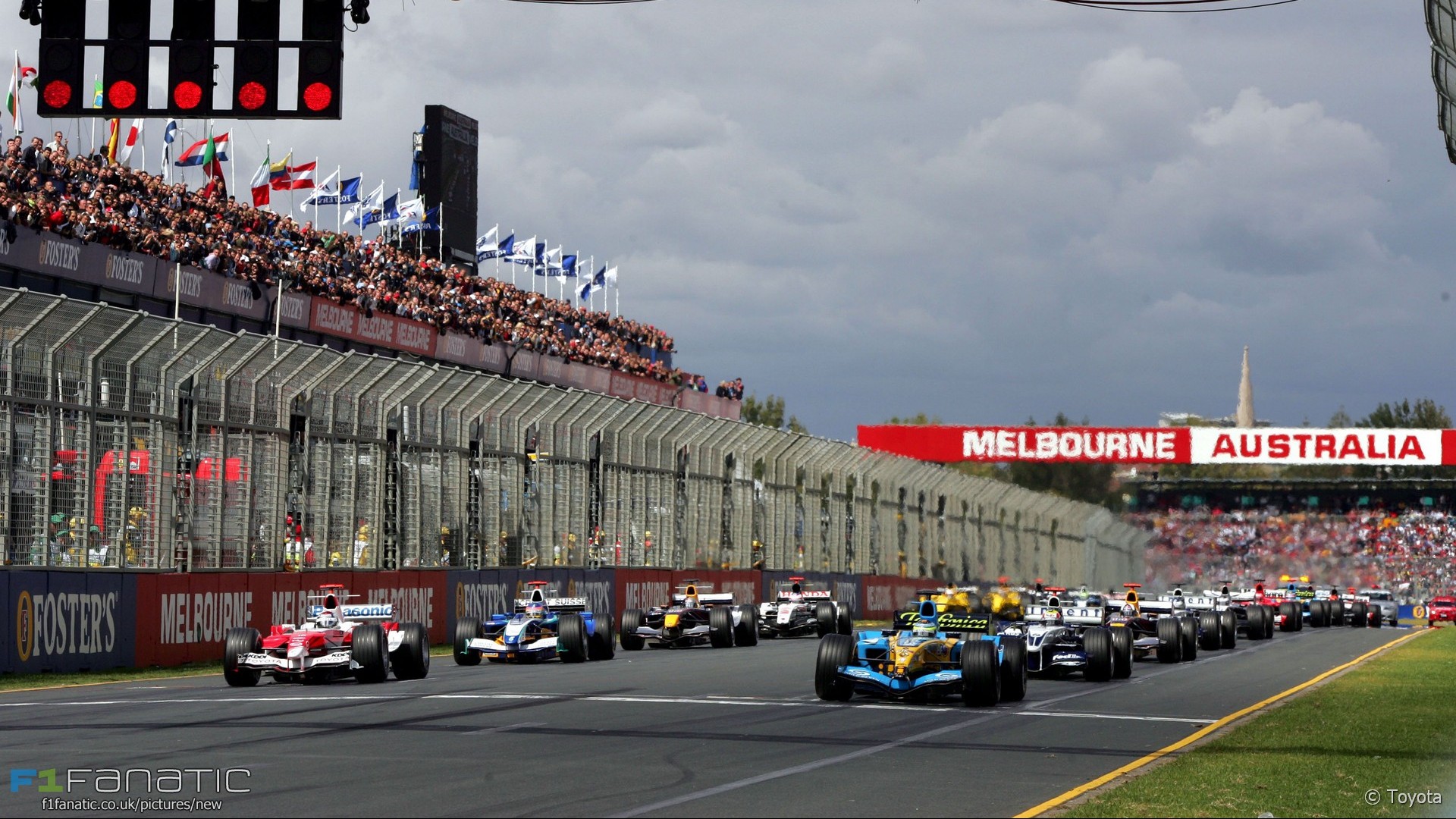 Now the sport is again considering setting the qualifying grid by having each driver set two lap times and adding them together.

But if it didn’t work the last time, why should it work this time?

Ferrari’s success in previous seasons had already impelled the sport’s governing body to tweak the qualifying rules to enliven the action. For 2003 out went the ‘one hour, 12 laps’ system which had been familiar since 1996 and in came a new format where each driver had a single lap to set their times.

By mid-2004 Bernie Ecclestone felt this too was not entertaining enough. He tried to introduce a new format for the British Grand Prix which would have involved drivers setting one lap time each in a pair of 20-minute sessions, and forming the grid by adding the two together. The concept failed to gain support, but the seeds of the aggregate qualifying plan had been sown.

During the final race weekend of the year the aggregate system was signed off for 2005. Drivers would do a single lap in low-fuel trim on Saturday, then a further lap with their race start fuel loads on Sunday morning. The two times would be aggregated together to form the grid.

As in-race refuelling was permitted at the time, the system promised to add a gambling element where teams could assess their position on the provisional Saturday night grid and use that to decide how much fuel they could risk putting in the car on Sunday: run light for a better grid position, or risk carrying more fuel in the hope of benefitting their strategy.

But right from the first race the scheme flopped.

The weather gods were unkind to F1’s new qualifying scheme at the opening round of the 2005 championship. Giancarlo Fisichella, 12th in the running order to set him time, had just set the quickest time when drops of rain began to fall.

Felipe Massa was the unlucky 13th driver to head out onto the track on dry-weather tyres as the heavens began to open. He abandoned his only attempt at a run and tiptoed back to the pits, passed on his way by Schumacher who had ventured out on intermediates which also soon proved inadequate for the volume of water.

Inevitably he and the following drivers all set much slower times on the wet track. The Sunday morning session to finalise the grid was therefore almost irrelevant: Schumacher needed to find almost 25 seconds to take pole position, a task far beyond even his considerable skills. Most drivers had no realistic prospect of improving their grid positions and so cruised around the track.

The aggregate system had got off to a poor start. But even though subsequent sessions were held in dry weather frustration with the arrangement remained. The race-fuel element failed to inject the expected excitement.

In Malaysia Jarno Trulli came thrillingly close to beating Fernando Alonso in the low-fuel session but on Sunday the gap between them opened up as Trulli took more fuel onboard. In Spain Mark Webber vaulted from fifth on Saturday to second on the grid thanks to a low-fuel run, only to slip back during the race. Was this racing or an exercise in juggling fuel loads?

The last appearance of the format in Monaco was ironically one of the most interesting. Kimi Raikkonen produced a superb lap to take provisional pole position by half a second on Saturday. Now McLaren faced the question of how much fuel they dared to run on Sunday morning, at a track where overtaking was almost impossible. They judged it perfectly: Raikkonen took pole by 0.083s.

But by now Ecclestone had turned against his plan. Television broadcasters complained of a sharp fall in audiences for Saturday’s running which was no longer decisive for setting the running order. Few had been able to find time in their schedules at short notice to cover the new Sunday morning session.

That spelled the death of F1’s aggregate qualifying experiment. From the next race the Sunday session was scrapped and the grid set instead by a single timed lap for each driver on Saturday.

For the following season an entirely new, three-part qualifying system was devised. It proved popular and remained in use until it was dropped at the end of last season for no apparently worthwhile reason.

The aggregate qualifying format being proposed for this season is quite different to the one used 11 years ago. But the circumstances under which it was pressed in amid concerns over one team doing all the winning are familiar.

Some of the options mooted at the time haven’t changed at all. When Ecclestone’s original 2004 proposal failed to win support he suggested picking the starting order at random via a ballot, a scheme he put forward again recently.

Then as now changes were made in haste which the sport quickly regretted. Between 2003 and 2006 the qualifying format was subjected to endless tinkering which produced, by accident more than by design, a working solution.

How quickly those in charge have forgotten that. Perhaps the most troubling aspect of the tedious political games currently being played with F1’s qualifying format is not just how destructive it is for the sport, but that it went through it all little more than a decade ago.

96 comments on “Why aggregate qualifying was dropped the last time”