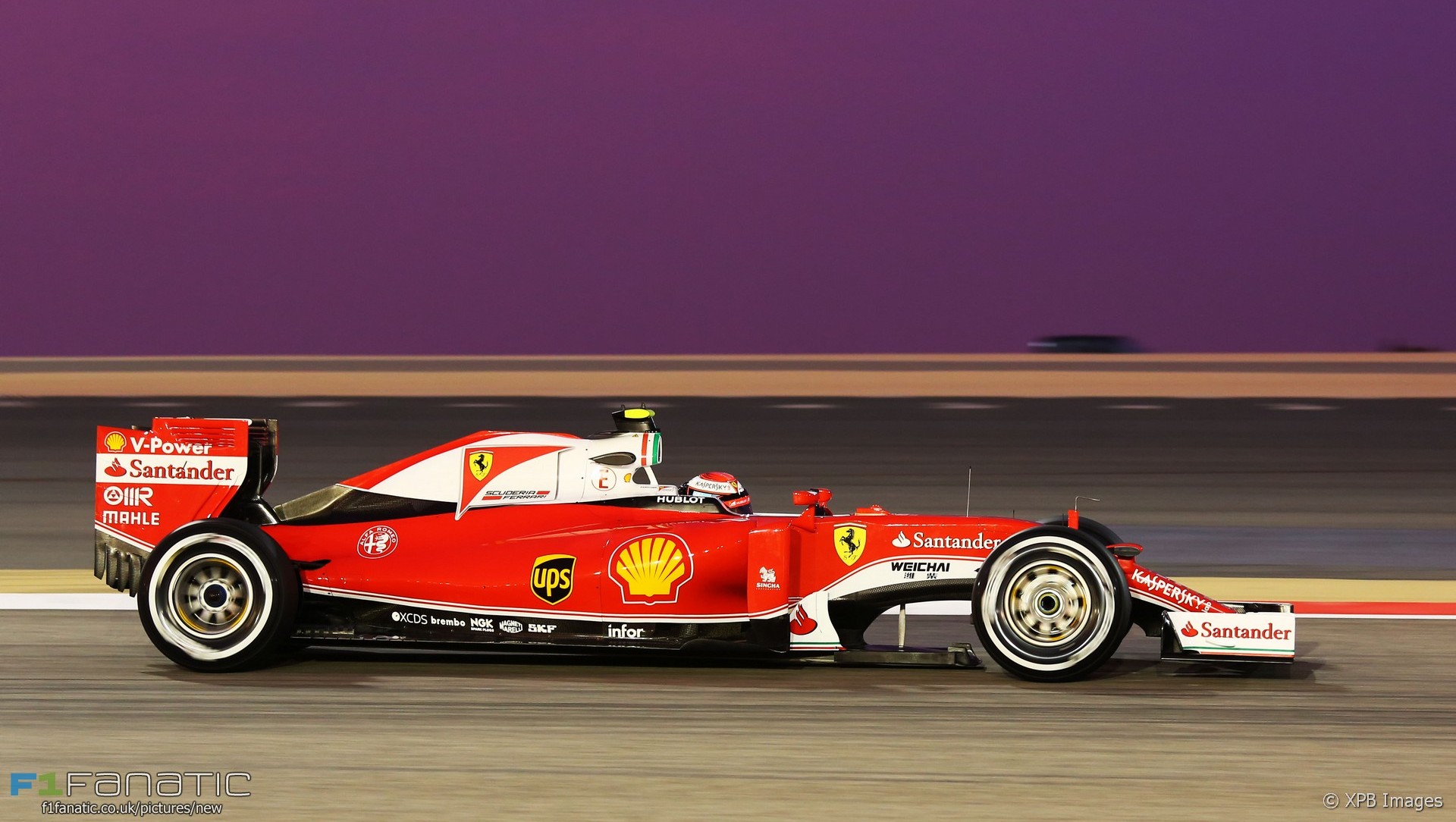 The Mercedes and Ferraris will line up for the Bahrain Grand Prix in the same order as they did in Australia. Can the red cars make the same sensational starts they did in Melbourne?

The team has played down whether it used some technical trickery to get the jump on the silver cars two weeks ago, but the Mercedes pair will be alert to the threat. Lewis Hamilton, however, indicated the team have not made any major gains in this area.

“It will be important to get a good start tomorrow, like always,” he said, “especially as there’s a longer run down to turn one here than in Melbourne.”

“It’s something we’ve been working on – but we’ve only had a couple of weeks since the last race, so I don’t expect big improvements. Hopefully it’s better than last time – we’ll see.”

Bahrain’s wide first corner and the long following run to turn four invites first-lap action and promises a feisty exchange between the front running cars. Beyond that the new tactical questions poised by the revised rules will shape the rest of the race.

Last year two soft-tyre stints and one medium was sufficient for almost all the points-scorers. However this Sunday the top eight qualifiers will all have to start on the super-soft tyre. Pirelli believes the rubber can be eked out for at least 14 laps, but that’s a big ask for the Q3 runners whose tyres have already done three laps. The longest super-soft tyre stint so far this weekend was Daniel Ricciardo’s 13 laps.

Last year Felipe Massa made a two-stop strategy work despite pitting for his first stop as early as lap ten. However over the final half-dozen laps his pace dropped off badly.

It therefore looking like being a close call between the two choices. We could see the medium tyre pressed into service by some teams looking to make a two-stopper work – the tyre performed very well for Kimi Raikkonen during last year’s race.

Overtaking is much easier at Bahrain than Melbourne, which may make those who lean on their tyre more heavily content to consider three-stopping.

Haas seriously impressed in qualifying and from ninth on the grid Romain Grosjean has a chance to repeat the team’s points-scoring start to the year. As the first driver on the grid with a fresh set of tyres at his disposal, it’s not impossible we could see him starting on fresh soft tyres and hitting the front after a dozen laps or so – think Nico Hulkenberg at Shanghai three years ago.

Bahrain has exposed the top speed weakness of Renault’s engine and the low-speed grip of their chassis very clearly. Both their cars were out-qualified by Pascal Wehrlein’s Manor, and Honda achieved higher straight-line speeds during qualifying.

Can Ferrari make good on the promise they showed in Australia? And who will emerge on top in the tight midfield contest?

Share your views on the Bahrain Grand Prix in the comments.

5 comments on “Mercedes wary of another flying Ferrari start”