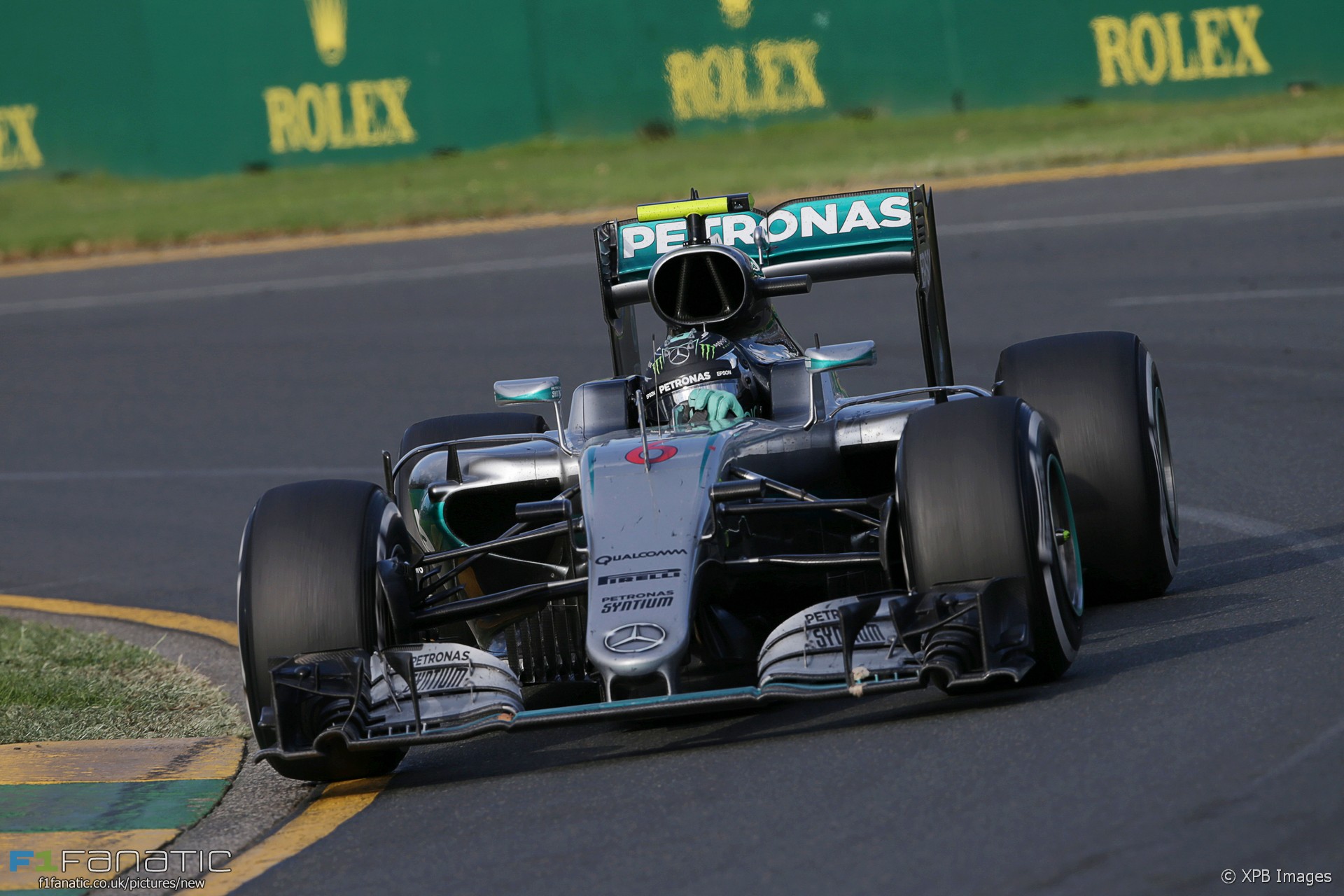 Disagreement over Formula One’s qualifying rules and plans to overhaul car design in 2017 are examples of the concerns which motivated drivers to openly criticise the sport last week, according to Nico Rosberg.

Rosberg also claimed all F1 drivers support the letter sent by the GPDA last week despite not all drivers being members of the association.

“We’re all united on this opinion because we love the sport and we can see that the fans are criticising some aspects that we could do better,” he said during today’s FIA press conference.

“We could become even more exciting as a sport. So we really want to question whether the F1 governance cannot review the process in which decisions are made and all these things to try and get it to a point where we can get some better decisions done and become a more exciting point.”

Rosberg cited two recent disputes as examples of why the drivers should be consulted more. “There’s recent examples with this qualifying where the fans are just at home and they’re not happy with it,” he said. “We’re racing mostly for the fans so that’s the examples that are now the recent cases.”

“Even the rules for next year – we’re putting on more downforce although actually we should be trying to help overtaking. More downforce is known for making overtaking and following other cars more difficult. So it’s not necessarily the right way, and all these things. We’re really trying to say that we’d like to be more involved, have more of a say, us drivers. Let’s see where this takes us.”

Rosberg added the drivers did not intend to single out any particular person for criticism. “It wouldn’t be appropriate now to mention any names or criticise any individuals or even compliment any individuals,” he said. “We know that it’s not perfect the way it is. It could be better. It needs to be reviewed, that’s what we’re trying to encourage.”

Fernando Alonso also gave his backing to the letter.

“So it’s just a supporting letter form all the drivers that we do care about our sport and we will like to get involved in some of the decisions and some of the things we could help, somehow. It’s the way the sport is moving in the last couple of years, maybe we don’t see it completely right.”