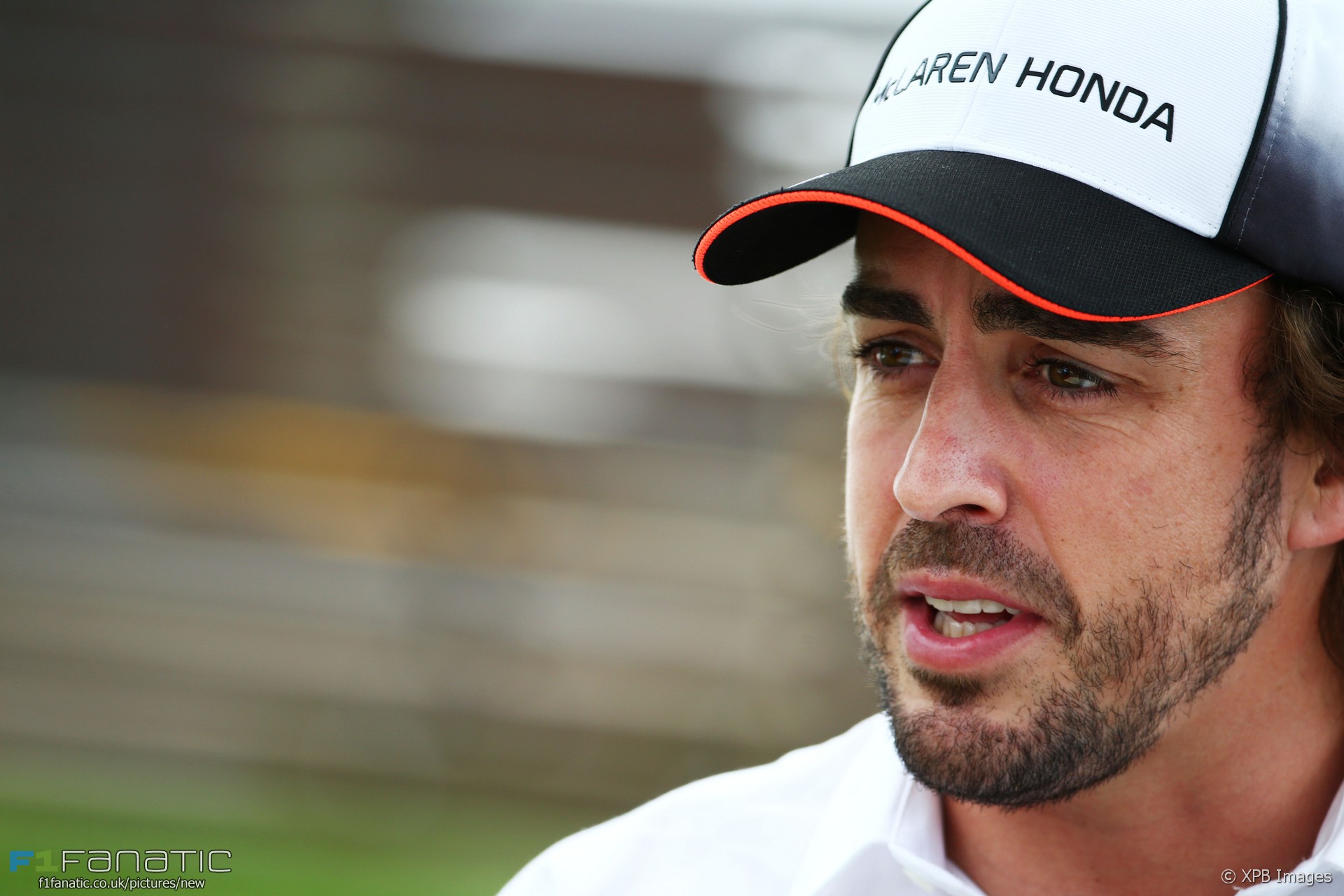 Fernando Alonso will not take part in this weekend’s Bahrain Grand Prix after medical checks ruled him out of competition.

Alonso underwent a routine evaluation at the Bahrain International Circuit on Thursday following his high-speed crash in the Australian Grand Prix.

“Following an examination undertaken this morning at the Bahrain International Circuit Medical Centre, it has been decided that McLaren Honda F1 Team driver Fernando Alonso should not take part in this weekend’s Bahrain Grand Prix,” the FIA announced in a statement.

“Two sets of chest CT scans were compared and it was decided that there was insufficient resolution of the signs to allow him to compete on safety grounds.”

“A repeat chest scan has been requested before the Chinese Grand Prix and the results will be considered before allowing him to race there.”

Alonso said he “tried until the last minute to race in Bahrain after the accident in Australia” and admitted he had “hard days logically after such an impact”.

“But until the last second I try to race to help the team after the incredible work they have done this week.”

“I understand the position of the FIA doctors ​​and now I will try to help my team mate Stoffel Vandoorne to make the most of the weekend. Thanks to everyone.”

Alonso was forced to miss last year’s Australian Grand Prix following a testing crash which left him with concussion.