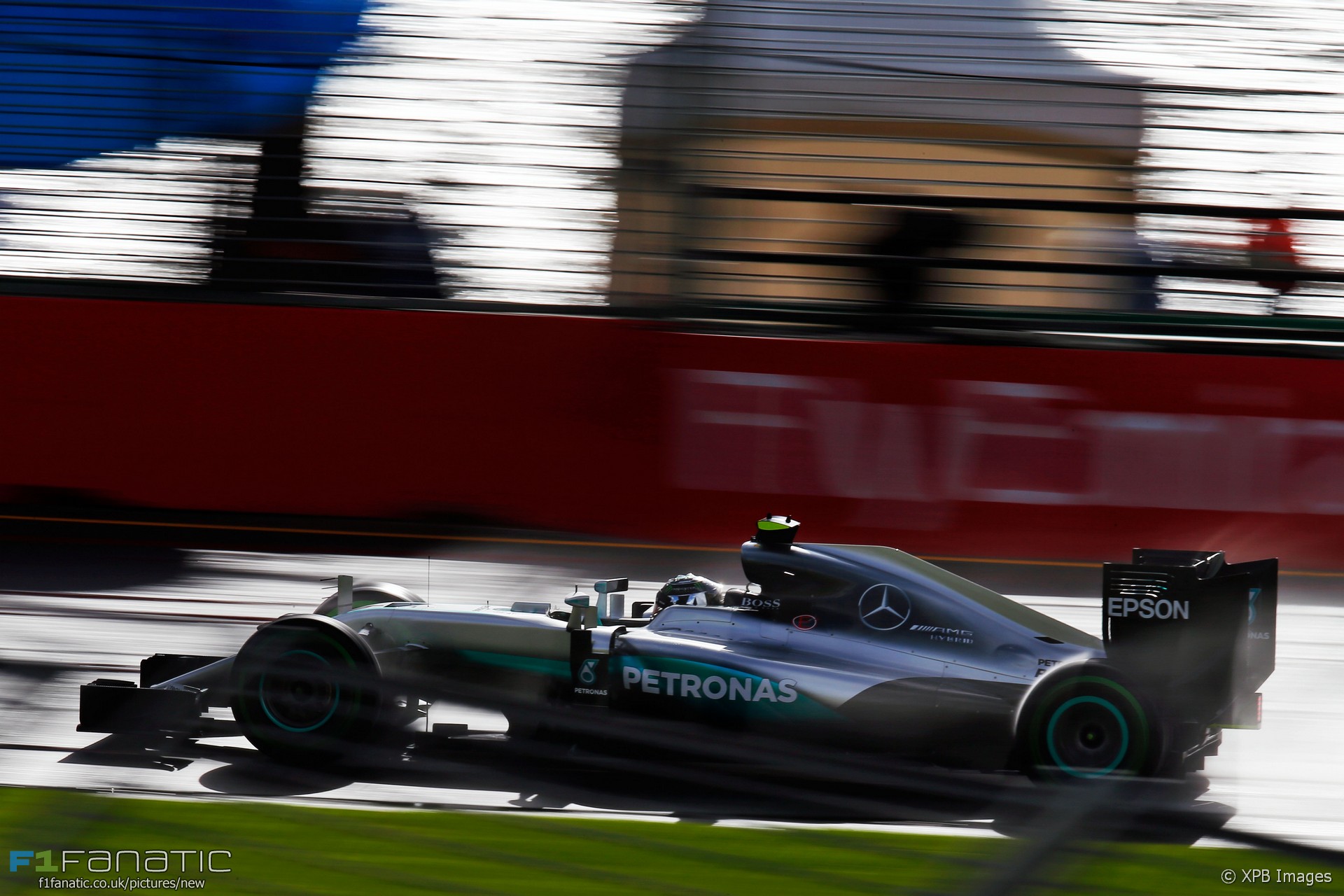 The McLaren driver was launched into the barriers after tangling with the Haas of Esteban Gutierrez at one of the fastest points on the circuit. The car rolled to a stop against a barrier but Alonso was able to climb out unaided.

The race had been led by the Ferrari pair until that point after Sebastian Vettel and Kimi Raikkonen surprised the two Mercedes drivers at the start. Vettel had already pitted for a second set of super-soft tyres before the red flag and the team’s decision not to give him a further fresh set during the stoppage proved fateful.

Mercedes did choose to give Nico Rosberg a new set of tyres and when Vettel had to make a second pit stop that handed the initiative back to the silver cars.

Lewis Hamilton, who had fallen to sixth after a poor getaway from pole position, recovered to finish second. A late mistake allowed Vettel onto his tail for the final laps until the Ferrari drivers made a mistake of his own at turn 15, leaving Hamilton safe.

Daniel Ricciardo took fourth place and set the fastest lap after a late switch to super-soft tyres. He passed Felipe Massa on the way, the Williams driver finishing in fifth place.

Behind him was a jubilant Romain Grosjean who gave Haas a remarkable sixth place on their grand prix debut, keeping the Mercedes-powered Force India of Nico Hulkenberg and Williams of Valtteri Bottas at bay.

The Toro Rosso pair completed the top ten but and angry Max Verstappen complained the team had given his Carlos Sainz Jnr preference on strategy, allowing him to get ahead when they made their final pit stops.

Among the retirements were Daniil Kvyat, whose car broke down before the start for the second year running in this race. Kimi Raikkonen also parked up with an airbox fire on his Ferrari.