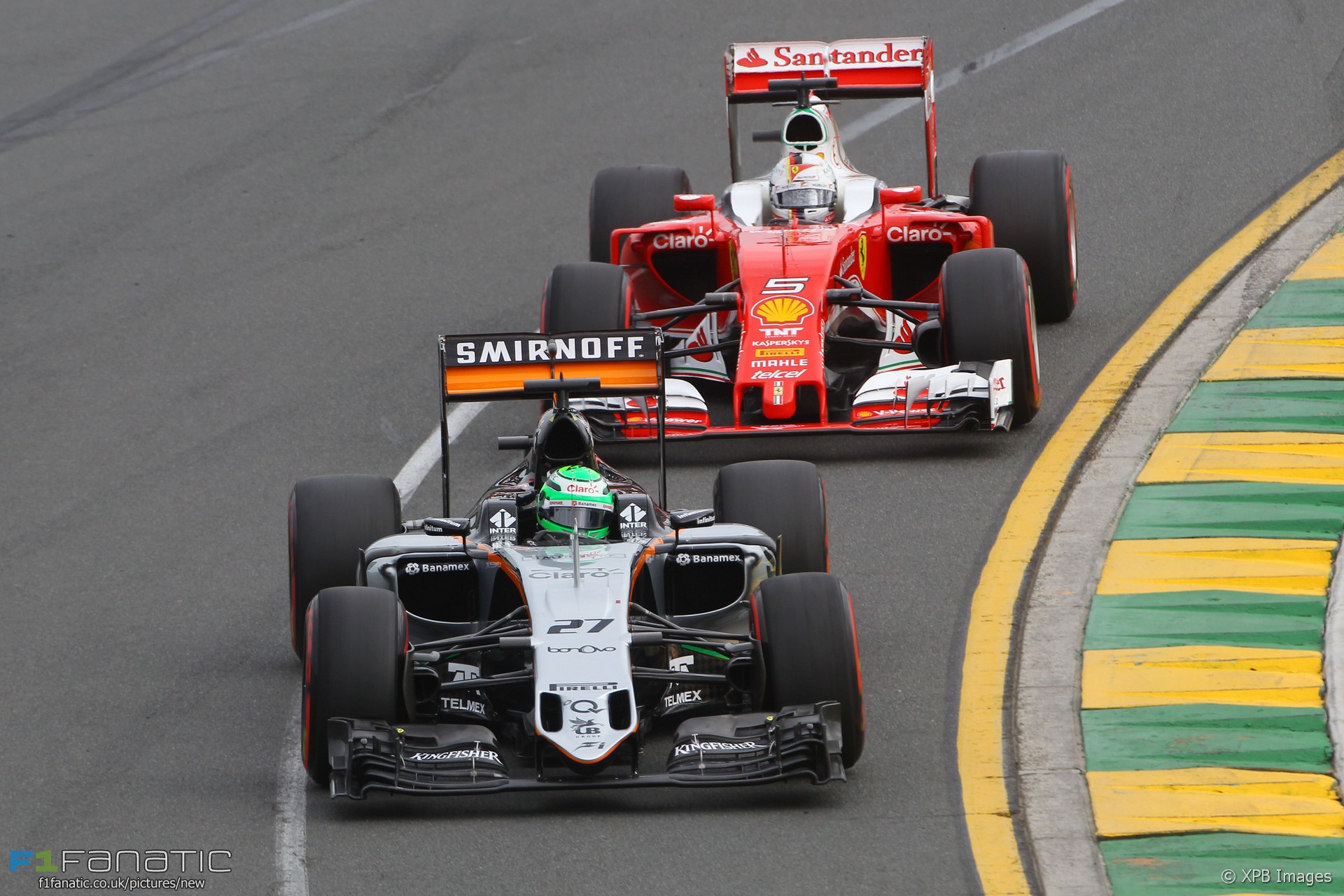 Formula One’s new qualifying system was put to the test on Saturday in Melbourne and was found wanting. On Sunday the revamped tyre regulations and tighter radio restrictions will come under scrutiny.

The decision to grant drivers more freedom when selecting their tyre choices has already had a discernible effect. With plenty of super-softs in their tyre stacks, drivers overwhelmingly opted for the softest available rubber in qualifying.

The upshot of this is the top eight are all locked in to starting the race on their used super-softs from qualifying. The rest of the field has a free choice.

One point which remains the same from last year is that every driver must use two different types of tyre compounds during the race. At least one of them must be one of Pirelli’s two nominated compounds, which this weekend are the soft and medium.

The temptation for the teams at the front of the field will be to try to stretch their opening stint on super-soft tyres long enough that they can complete the rest of the race with two further stops for for soft rubber. But it’s not clear how straightforward that might be.

Rain on Friday scuppered their attempts to run race simulations. A dry final practice session offered some opportunity for running during which two teams – Williams and Sauber – managed to eke out 15-lap runs on the super-soft tyre, while the Toro Rosso pair did 17 on the softs.

That would be insufficient for a two-stop race run and particularly challenging for those who have to start the race on used tyres. that could lead to teams hedging their bets at the second stop: risk going to the end on super-softs, accept the possibility of needing another set, or play it safe on mediums?

This will all play out within the context of much more limited radio communications with their drivers. Although teams can still advise their drivers to ‘push’ or ‘take it easy’ as needed, the kind of detailed coaching on lap times and strategy we used to see will be a thing of the past. Keeping their drivers on course for the optimum strategy is going to be harder for the strategists which will hopefully mean we see more improvisation.

But while there are lots unknowns for those of us watching, the armies of strategists and massive arsenals of computing power will have already eliminated many of the variables. Albert Park, however, is a venue which is quite capable of supplying a few more to keep the teams guesssing.

Share your views on the Australian Grand Prix in the comments.