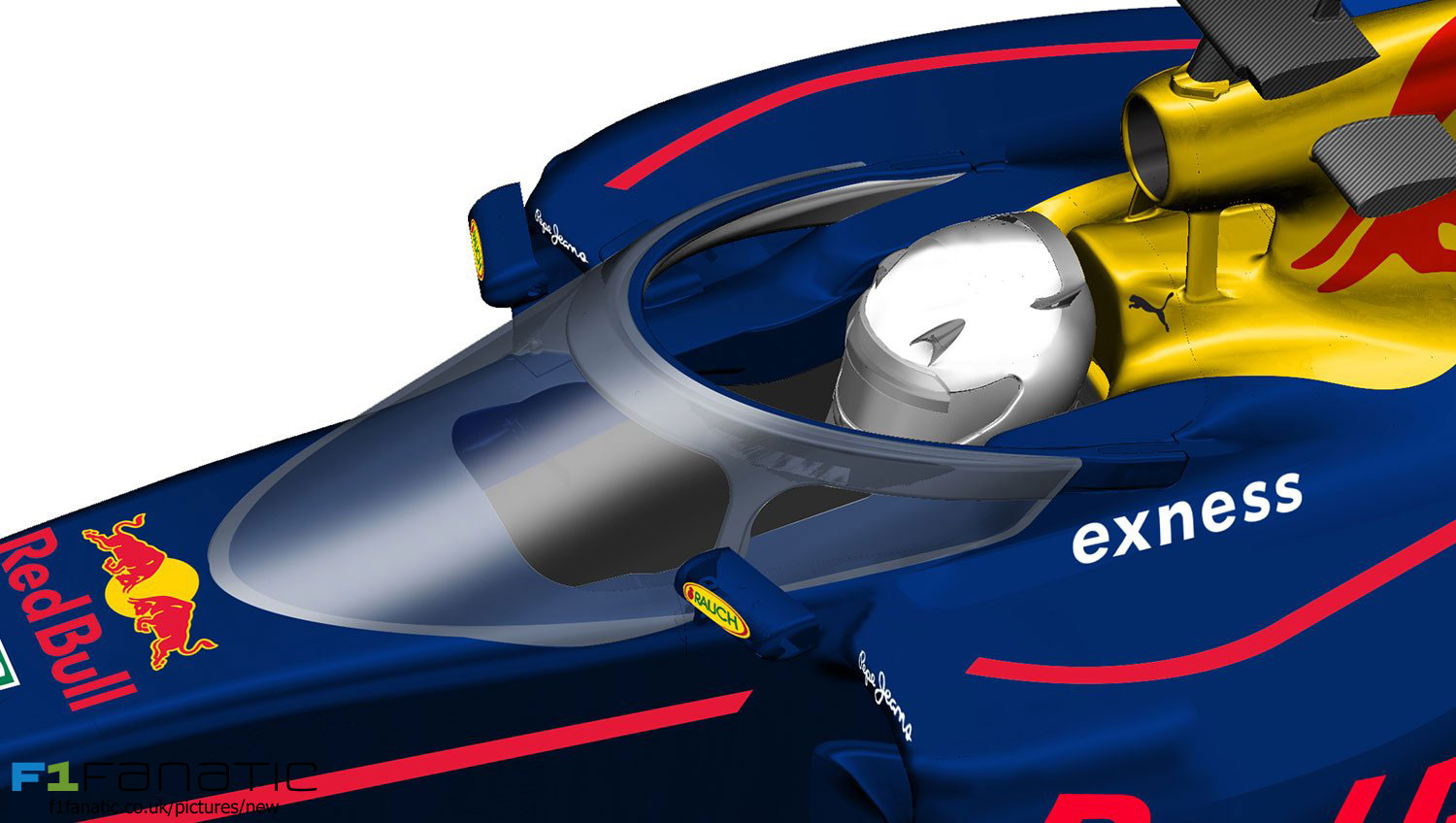 Red Bull has revealed images of its alternative to the Halo head protection device which Formula One intends to introduce next year.

The canopy structure includes two struts placed in front of the driver and screens to offer further protection from debris.

Ferrari ran a version of the Halo device on one of its cars in Spain earlier this month. The system has already been tested by the FIA by firing projectiles including a wheel at it to simulate the forces it could be subjected to in a race situation.

FIA race director and safety delegate Charlie Whiting said this weekend Red Bull’s proposal has not undergone as much testing as the Halo has so far. The FIA has also stated it intends to introduced a form of enhanced driver head protection along these lines for 2017 at the request of drivers.

However some drivers including Lewis Hamilton and Nico Hulkenberg have expressed doubts about the Halo device.

28 comments on “Red Bull reveals its canopy alternative to Halo”