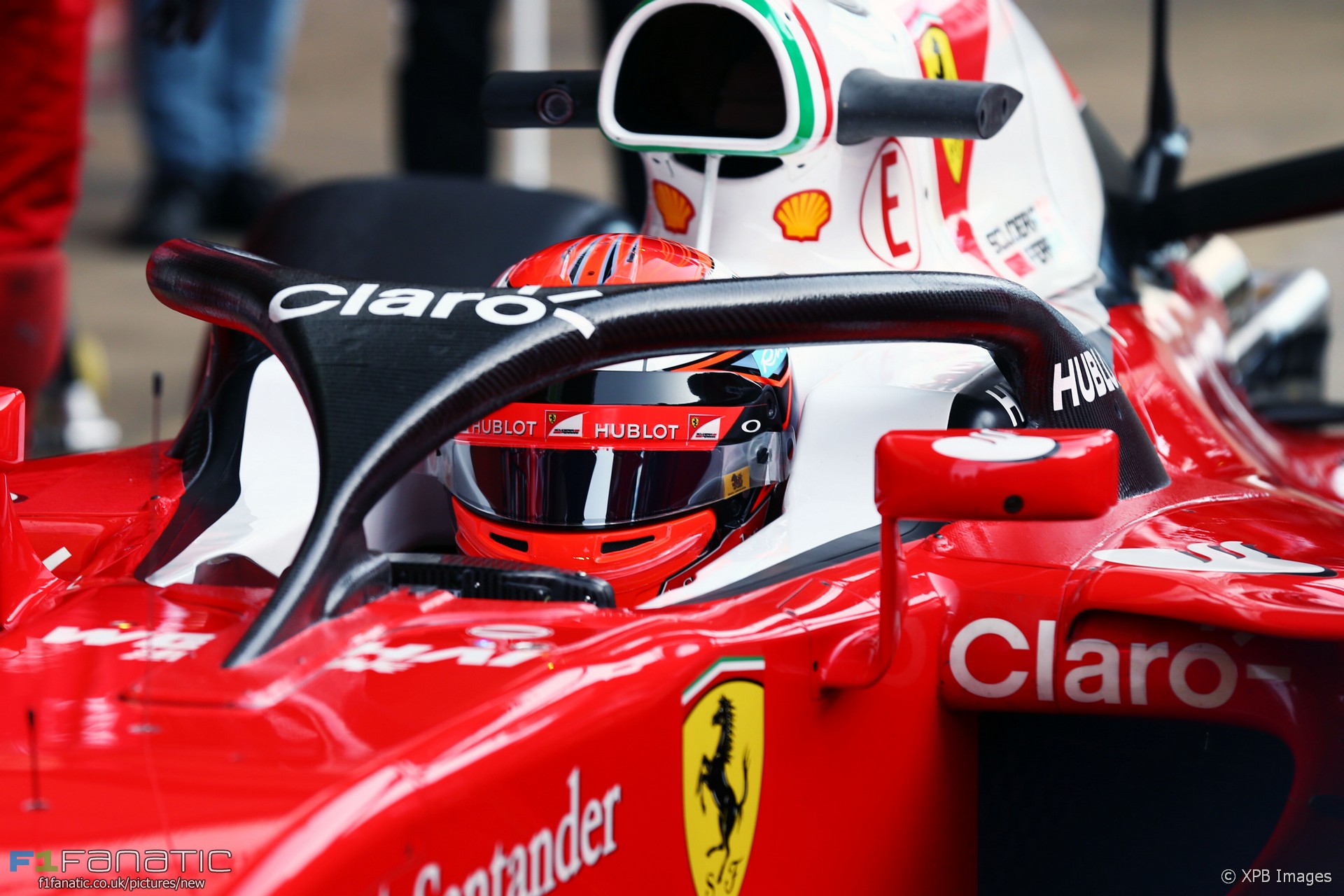 In the round-up: Red Bull’s version of the Halo device tested by Ferrari is further behind in development and is less likely to be used next year.

"The Red Bull (concept) is an alternative to (the Halo). It’s considerably further behind in development, it’s never been tested, but it could offer additional protection. I’ve got my doubts as to whether it could actually be implemented for 2017, whereas I think the Halo could."

"We could, for example, if we have some suspicion that a message is rather odd, we could then look at the data from the car to see if the driver did anything in response to that message."

"Lewis Hamilton can drive better with one hand than most of the population - but there is an element of safety. There is also an element of statement - 'if the world champion is doing it then I can do it'."

"We had a meeting in Barcelona. Quite a few drivers turned up which was nice. Lewis was invited but he didn’t come. I’m just pointing out how many opportunities they do have."

"When we start qualifying, the drivers are arranged in P3 order. Whoever is at the bottom of the list at the seven-minute point, whether they have set a time or not, will go."

"What we see here is a typical Melbourne situation, which is what makes this race so exciting because it is one of those races were predictions always fail. It's the perfect season opener as it leaves much room for guessing!"

"We cannot have two crashes with the same car,” he said. “We have at least one of each part, most of them two - so for each car one set, but we cannot take big risks."

"It just felt amazing to go out on track really. When I drove out on to the track it was just 'F**k yes, I'm here again'"

Lessons in succession from GSK and Rio (FT - registration required)

"Pre-tax losses widened to £72m in 2014 when borrowings were £432m according to Companies House. Most businesses would fire half their staff and switch to a cheaper brand of tea bags in the canteen. Aston Martin is instead going back into Formula 1 after a 50-year gap."

As we begin a new season, we carry a tribute to a man whose contribution to our success is beyond measure… (1/2) pic.twitter.com/U9Ca9l5M6G

A big high-five✋to our team on both hemispheres today. Say hi to the Mission Controllers at our Banbury HQ. pic.twitter.com/R5Jj5tv9LV

How easy will it be for teams to get around the FIA’s new radio restrictions?

It is comically straightforward to circumvent this plan. For a team and driver with decent information management skills, this should present no restriction to what can be communicated. Even subtle word choices, tone, timing and emphasis change what words mean, whether it’s in regular conversation or the restricted-etymology languages the FIA are imposing. There is no way that the FIA is going to be able to decode even a half-competently-done conversation with subtext when classic writings get academics arguing over subtexts for decades. (There is a rule that prevents rule breaches from being carried across calendar years, except under rare circumstances – all of which require the case to be opened and for the time since the case was opened to be short). The quiet of FP1 simply means teams don’t see the point of revealing how good they are at this while there is relatively little at stake and a very long time to provide a race-altering judgement.

The only plausible method of restricting what is said over the radio is to remove the pit-to-car connection. Keep them in if the FIA wants, but make it a one way race control-to-drivers channel. The moment pit lanes and drivers may communicate, it is possible (at least in theory) to communicate whatever is wanted in a way that would evade casual notice.
@Alianora-la-canta