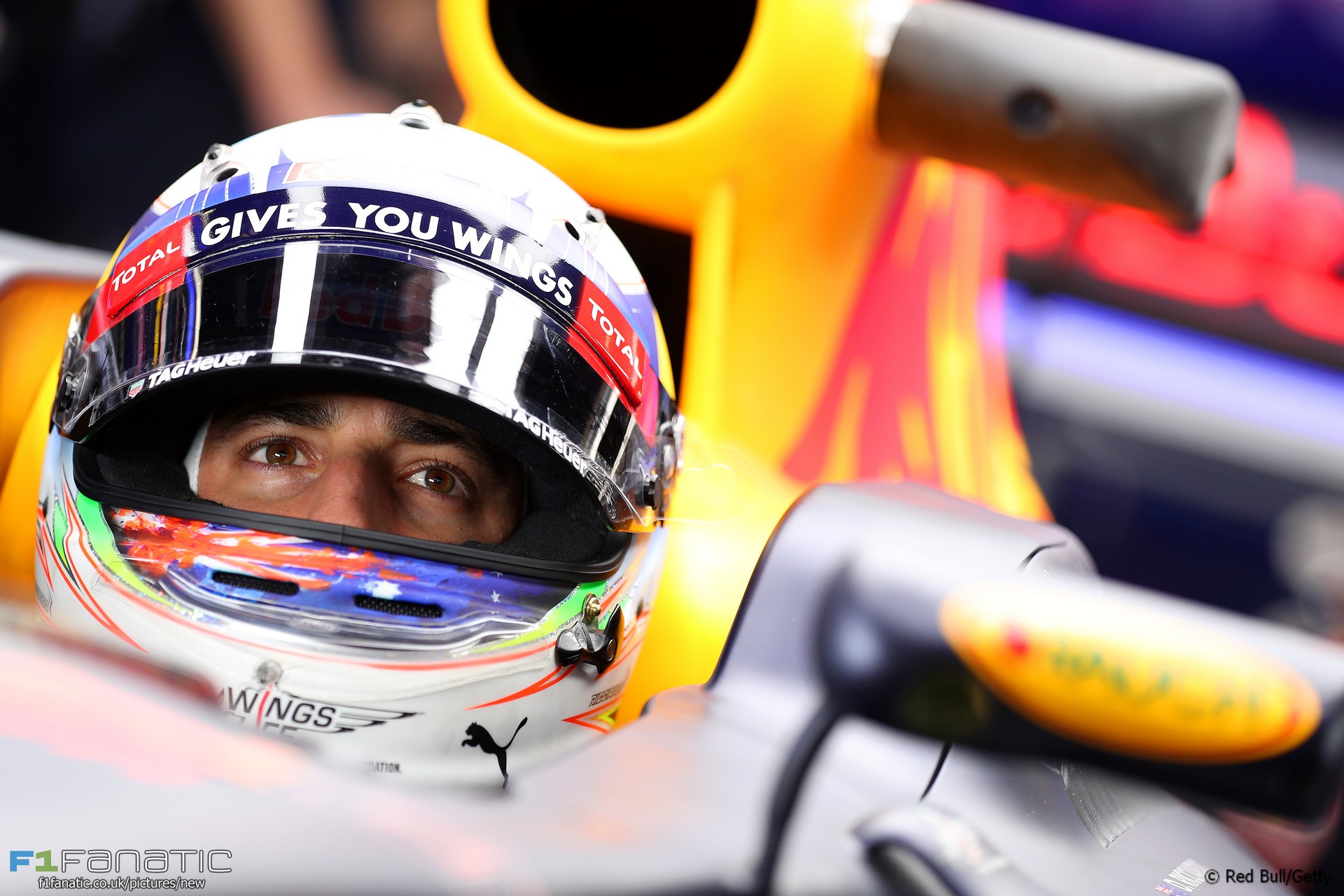 Daniel Ricciardo expects Red Bull to be more competitive in Sunday’s race than it will be in qualifying.

Speaking ahead of the first race weekend of the year Ricciardo told reporters: “I think the long-run pace will be better for us.”

“The short runs are going to be a little bit more… I think qualifying we’re not going to be as strong. But long runs, we should be good.”

While Red Bull expect to remain at a disadvantage with their TAG Heuer-branded Renault engine, Ricciardo said his impression of the team’s chassis from testing is positive.

“I’ve driven a few years now in F1 and I know what a good car feels like so at least with us I know at least from testing I can take out that our chassis is pretty good,” he said.

“What’s still unknown is what Seb [Vettel] and Lewis [Hamilton] are saying. Are they hopping out of their cars saying ‘this chassis is a lot better than last year’ as well? So I still expect them to be the front-runners, Ferrari and Mercedes, at the start of the season.”

“Me knowing what I know from previous years I think we’ve started off with a good chassis and as we’ve done in the past we can keep improving that. If we can improve that along with the power unit this year then by probably the second half of the year we should be able to maybe challenge them.”

“But again it’s still really guesswork, it’s not numbers, it’s not like they all add up to a victory at the end of the day, it’s still a bit inconclusive until we get going for the first four or five races.”