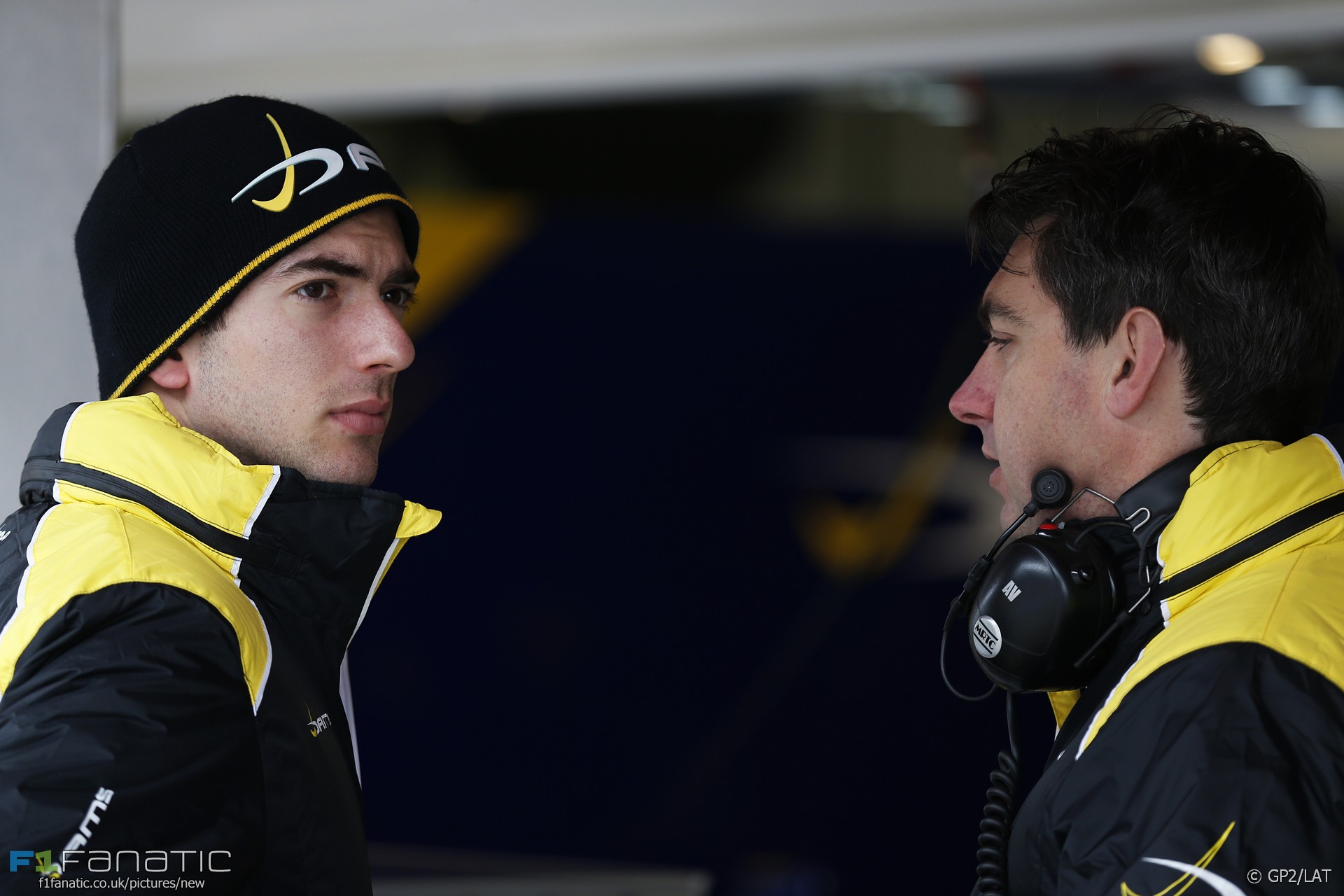 Renault intends to give Nicholas Latifi his F1 race weekend debut during a practice session this year after signing the GP2 racer as a test driver.

“As well as contesting the GP2 Series – which is a perfect proving ground for new drivers – Nicholas will go through a programme with us to attain his super licence with a view to contesting at least one FP1 session this year,” said Renault boss Frederic Vasseur.

Latifi placed 11th in the Formula Renault 3.5 championship last year. He also started seven GP2 races and will return to the category this year with DAMS. He has two FIA F1 superlience points.

“F1 is totally unlike any other category of motorsport,” said Latifi, “so being immersed in that environment I’ll be a bit like a sponge – absorbing as much information as possible.”

“Hopefully, I can apply a lot of what I learn to my racing in GP2 this season.”

Being named test driver for the Renault Sport Formula One Team is something very special – an amazing opportunity,” he added. “There’s a lot of history behind the Renault name in F1, so to be a part of that, and get the chance to learn from them and gain expertise in a full factory team, is really going to help my development.”