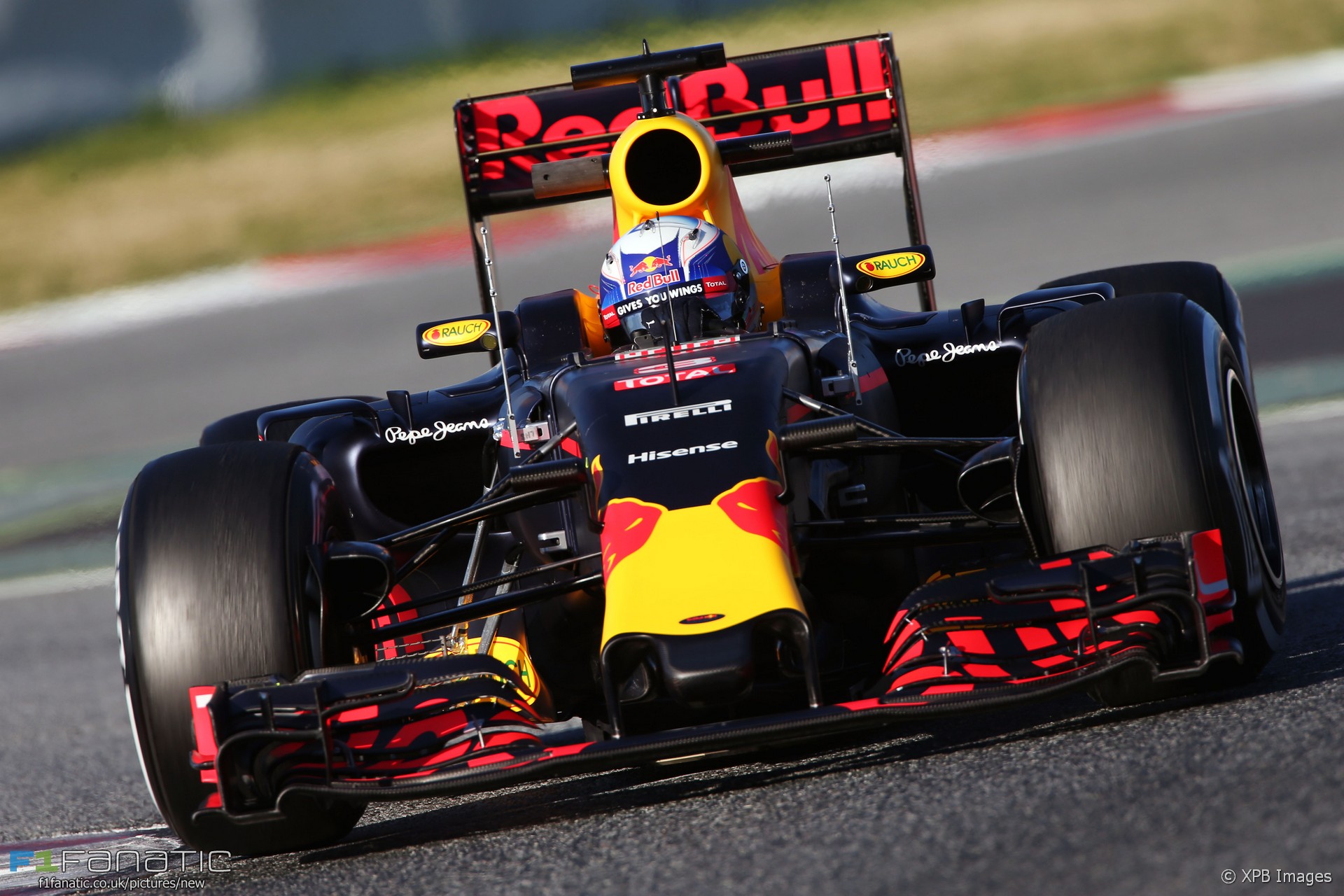 Furious at Renault’s lack of progress with its power unit, Red Bull courted every alternative supplier available last year. But it was to no avail.

For 2016 the name on the engine cover has changed but the manufacturer remains the same: the Red Bull-TAG Heuer is truly another Red Bull-Renault.

Worse, Red Bull now finds itself as the secondary partner to a manufacturer which is going to put its factory team first. But don’t expect that to mean Red Bull will immediately drop behind the new Renault outfit.

By the second half of last year the RB11 looked a match for anything else on the track aerodynamically. Fears that Adrian Newey’s reduced role in the team would seriously compromise them appeared to be ill-founded, especially once the team got to grips with the latest tweaks to the front nose regulations.

Heading into 2016, the team has a chassis which appears to have drawn on the strength of its predecessors. The team have always been tactically razor-sharp and it believes the new tyre rules will play into its hands.

Whatever gains Renault has found from its engine over the winter, Red Bull will surely be better-placed than the factory team to exploit them. An upgrade is already planned for the Canadian Grand Prix where the team expects to see significant gains.

At twisty tracks and on wet days Red Bull could be a threat, but a title shot is surely out of the question. Will they consider this sufficient?

Christian Horner’s bitter complaining last year made it clear Red Bull considers it worthless to be involved in F1 if they are not championship contenders. Last year they repeatedly threatened to pull out irrespective of the commercial deal they had signed with Bernie Ecclestone until 2020.

The team is favoured by Ecclestone and he made finding an alternative engine supplier for them a priority – even if it meant a controversial rewrite of F1’s engine regulations. This plan failed and there’s no sign of another engine manufacturer appearing in time for 2017.

Red Bull’s future in F1 therefore rests on the competitiveness of their Renault power unit. If it falls short, and they spend the year being beaten by Toro Rosso and their year-old Ferraris, don’t expect them to quietly accept the situation. Ricciardo has already won races and proved he can go wheel-to-wheel with F1’s elite. The Renault’s lack of top-end forced him to get creative with his overtaking last year, resulting in two of the stand-out moves of the season: on Lewis Hamilton at the Circuit of the Americas and Kimi Raikkonen in Monaco.

Behind the wise-cracking personality and trademark grin is a steely racer prepared to wing the best out of the car. Surprisingly, Kvyat out-scored his more experienced team mate in his first season at Red Bull last year. Luck had more than a little to do with it but Kvyat’s efforts should not be underestimated and he produced a few stand-out drives.

He got the hurry-up from Helmut Marko early in the year, however, and will be well aware that Toro Rosso has a pair of exciting drivers eager to grab his spot at the top team.

33 comments on “Can Red Bull stand another year out of title contention?”