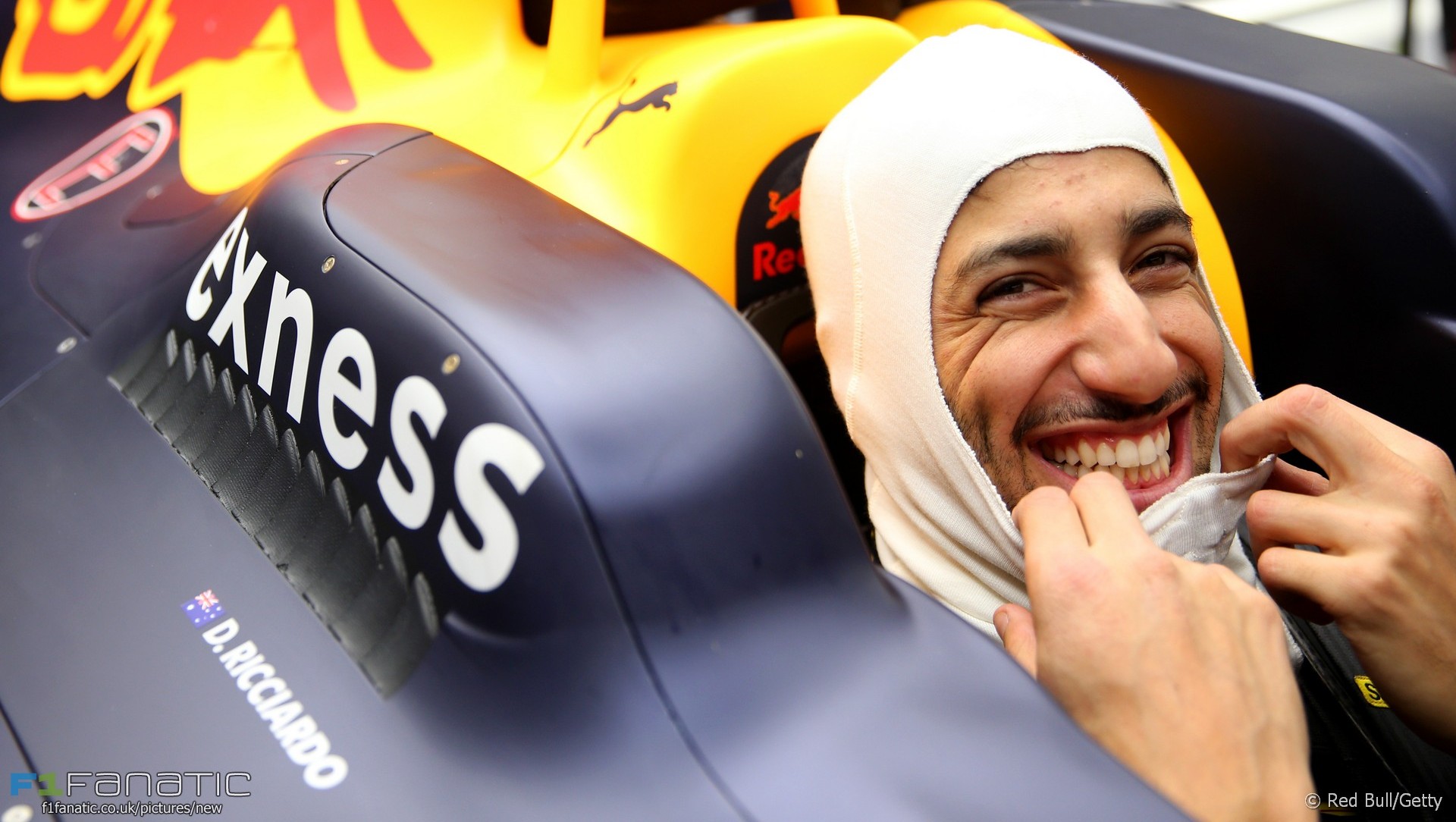 "We are getting closer and closer and we will see after 2017 if I stay with McLaren or I stop in Formula One. I don't think I will switch teams anymore."

Lewis Hamilton could race for another 10 years but full-on social life may take its toll on Mercedes star, fears David Coulthard (Daily Mail)

"You have to ask where his energy is going. He splits his time between F1 and being a global star - his car and his music. We're all waiting to see when the album will drop."

"The weight, they've got to keep an eye on that. You've got categories like that one I'm in now, we're right there (with F1 cars on weight) and we can (push) all day long, actually for 36 hours we can do in race trim."

"I carried Justin Wilson's coffin, I don't want that to happen again but... you take that (Halo) system to Eau Rouge as well, the viewing, we know with the sportscar it's very tricky to see in certain corners and profiles."

"A group of banks asked the Supreme Court on Tuesday to restrain the founder of Kingfisher Airlines, liquor baron Vijay Mallya, from leaving the country because of the hefty debt the now defunct company owes, two lawyers said."

"Last year we couldn't do anything on the car. Checking nothing, actually. At least this year we went through a lot - job list, to-do lists, and check lists."

"Some days some of the top times they seem reachable, some other days they seem unreachable. A little bit confused with the performance of everybody else and ourselves as well."

"From mid-season onwards our power unit situation should improve - and that makes me believe that P3 should be feasible."

Here's a snap of Fernando Alonso checking out the Baku street track this morning, here in Azerbaijan pic.twitter.com/4E729JZdBF

And this is where the pits and paddock are being built. The road is the start/finish straight. Turn 1 up ahead. pic.twitter.com/0pRKVpinl0

Haas could use Ferrari as a stepping stone to bigger things:

As an American F1 fan it is awesome to see Haas make a mark. I have been a fan of his NASCAR team since Tony Stewart became co-owner.

I think that team gives clues to their long term goals in F1. Their NASCAR team use Hendrick engines and chassis and have built a championship-winning car around those components. Next year they are stepping away from Hendrick and building their own chassis and using Ford factory engines.

I see Haas doing the same thing for a few years with Ferrari and Dallara, then; maybe with their new alliance with Ford, will move more towards a fully independent race team with Ford power. They have a state-of-the-art wind tunnel and engineering capabilities. After a few years of data and success on track I can see them being a strong, consistent team and maybe an avenue for another power unit manufacturer.
@Gunner22

On this day 30 years ago Damon Hill made his Formula Three debut in the British championship at Thructon after a deal to race in F3000 fell through.