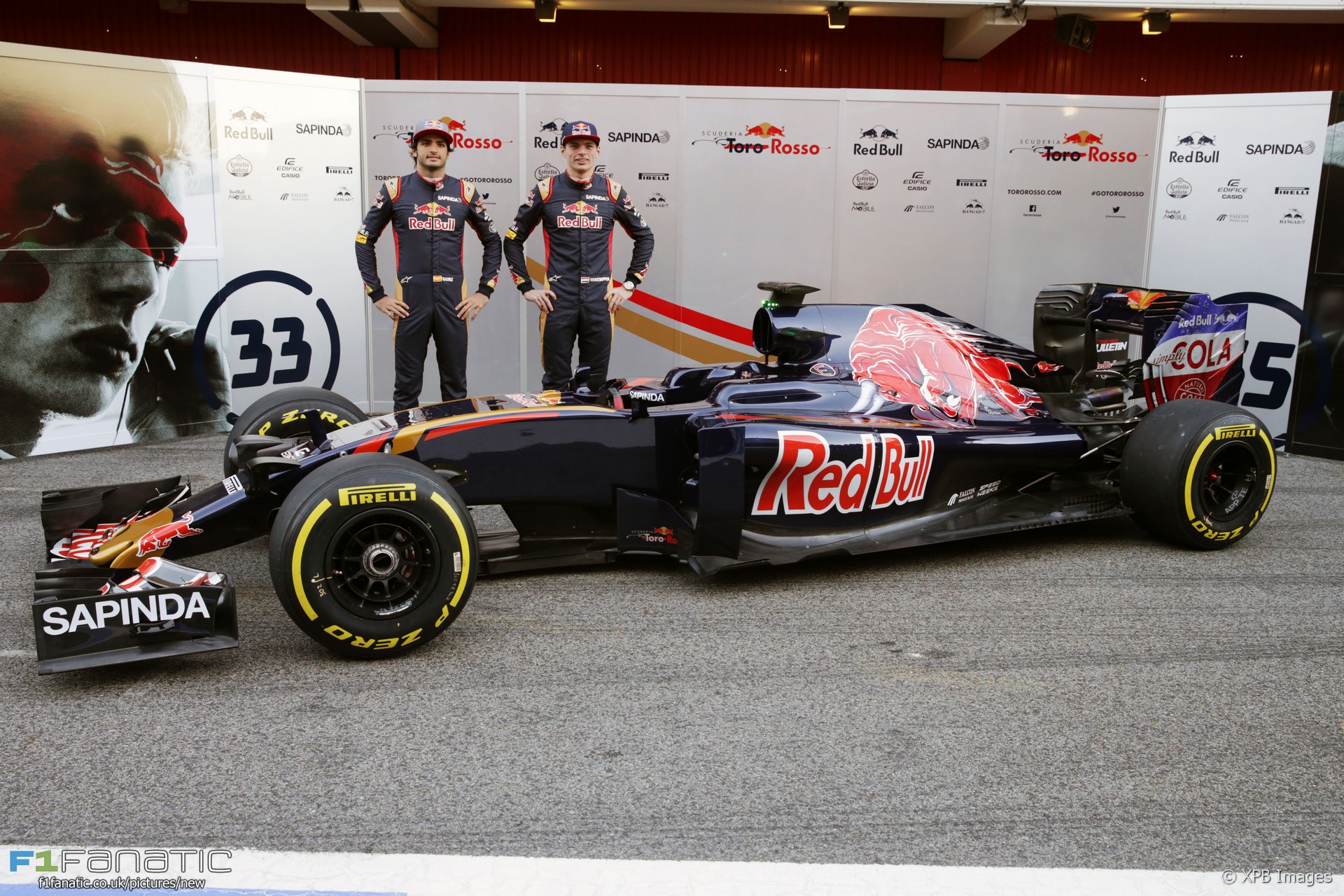 Toro Rosso has revealed the final livery for the team’s new STR11 ahead of the start of the second pre-season test.

The team ran its new car in a plain dark blue livery during the first test.

The finished car features the familiar Toro Rosso graphics from recent seasons. One major change is the disappearance of former sponsor Cepsa.

Carlos Sainz Jnr says he’s looking for improvements in every area from the team’s 2016 car.

“I had my first taste of it last week,” he said, “I must say the Ferrari engine and everything worked perfectly in the first test.”

“We managed to do a lot of mileage which was our intention and we could also start to feel a bit more power which is also a great thing and what we were looking for.”

“We improve a bit of everything,” he said. “I think the car should be an evolution of last year. We had a really good car already last year so it’s important to keep on the good work. A bit of everything: A bit more downforce, a bit more mechanical grip, more power and all of these things together should help us to escalate a bit in the constructors’ championship.”

However Sainz added it would be too soon to judge what the car is capable of until it’s been compared to the competition.