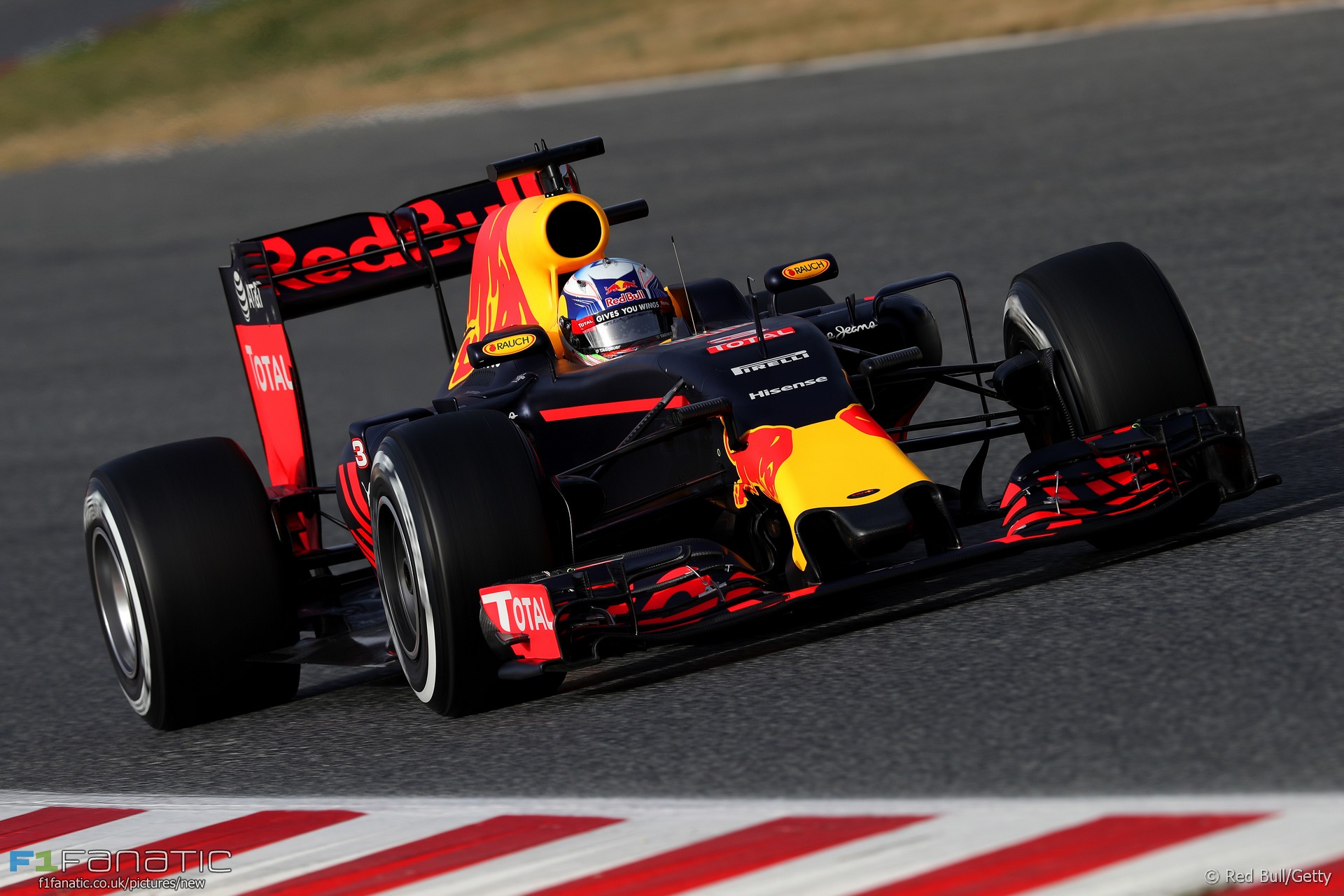 Red Bull may be leading the call for higher downforce F1 cars but their driver Daniel Ricciardo wants the sport to go in the opposite direction.

He told Fox Sports that less aerodynamic downforce and more grip from tyres is what F1 needs for better racing.

“I think purely from the tyres we can get a lot more grip. I’d go about it that way,” he said. “Aerodynamic grip is good, but the problem is the wake of air that it leaves doesn’t let you follow as close, where with mechanical grip it doesn’t really disturb the air behind you as much.”

Recent reports have indicated the FIA will instruction Pirelli to drop the policy of producing high-degradation tyres, something Ricciardo also approves of – and which he says other drivers are in favour of.

“It’s something, in a way, I’ve enjoyed,” he said, “but for sure myself and everyone else would just love to push the whole time.”

Ricciardo said the current generation of high-degradation tyres has made it easier for younger drivers – such as Red Bull-backed Max Verstappen – to step up to F1.

“I think it’s a little bit too easy to make the transition now,” said Ricciardo, who arrived in F1 from Formula Renault 3.5 in mid-2011. “A lot of the rookies did very well in their first year, and that wasn’t always the case back in the day.

“Not taking anything away from them. I just think the sport should be a bit more intimidating up at the top.”