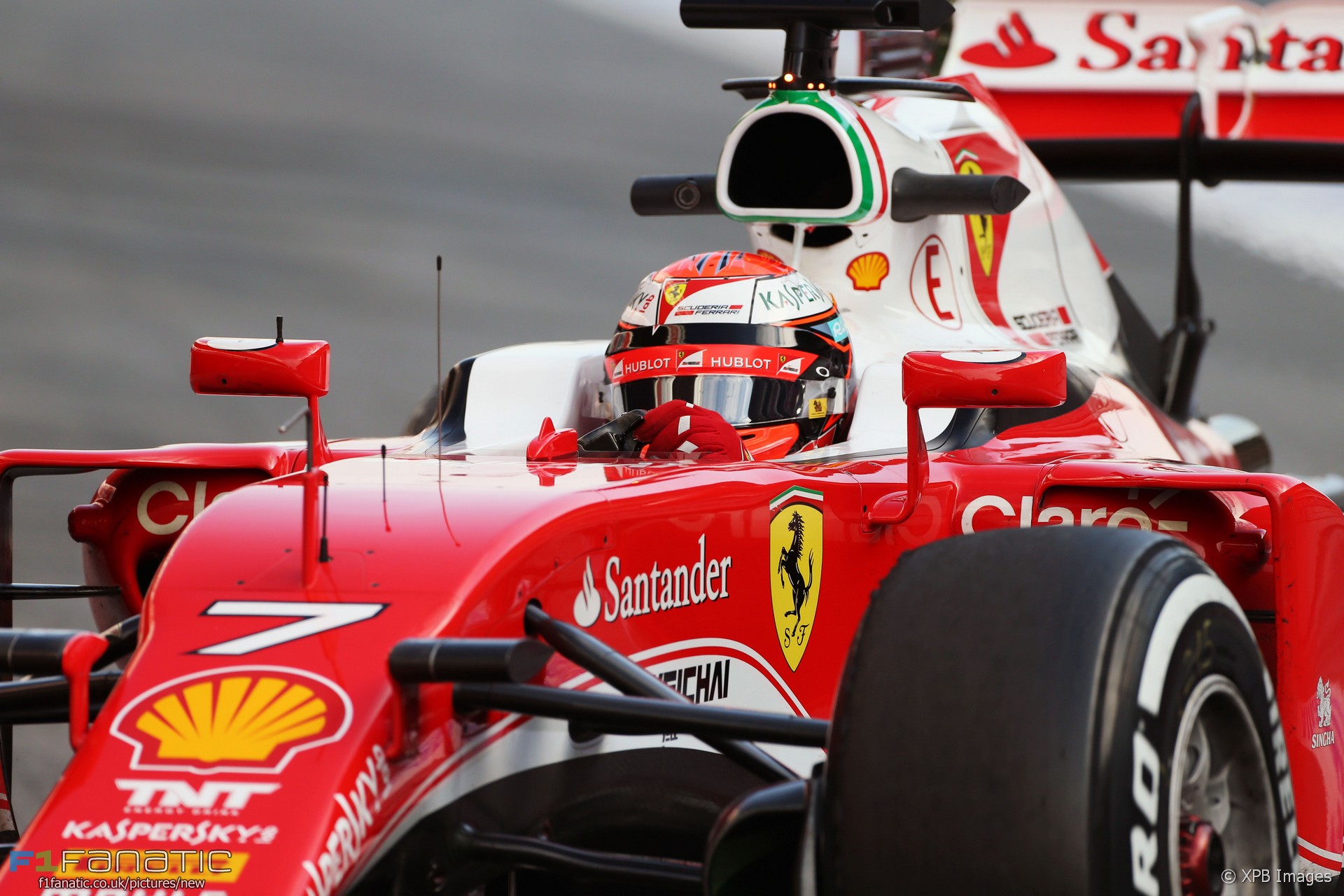 Ferrari were quickest for the third time in four days at the Circuit de Catalunya but rivals Mercedes continued their impressive start to the season with another high-mileage day.

Kimi Raikkonen used a set of the new ultra-soft tyres to post the day’s benchmark time of 1’23.477, six-tenths of a second off the time his team mate set on the same rubber two days earlier.

The only other driver to set their best time on the ultra-soft tyres was Daniil Kvyat. Force India test driver Alfonso Celis followed up the team’s session-topping time yesterday with the third-quickest effort on super-soft tyres.

Renault enjoyed their most productive day so far with Kevin Magnussen covering well more than two races distances in his RS16. He also set the team’s quickest lap of the test so far.

Mercedes stuck to its game plan of accruing as much mileage as possible while not chasing headline times. It two race drivers shared the car again and both continued to work exclusively on the medium compound tyre while also testing a revised nose.

Lewis Hamilton completed one-and-a-half race distances before the lunch break. By the end of the day Nico Rosberg’s contribution was enough that the team has now covered over 1,000 kilometres more ground in four days of running than any of its rivals.

McLaren were first out of the blocks in the morning, sending Fernando Alonso straight out onto the track as the lights went green. However he returned to the garage after just three laps and was never seen again – a coolant leak meant the team suffered by far its least productive day of the test.

Only Manor has covered less ground in testing so far than McLaren. Rio Haryanto, who spun the car on his debut yesterday, made it as far as a barrier today and brought out the red flags.

The other red flag was caused by Esteban Gutierrez, though Haas at least managed to continue increasing the VF-16’s mileage on each day of the test, hitting a new high of 89 laps.

How each team’s best time so far compares to their pre-season testing times at the Circuit de Catalunya last year and their fastest lap during the Spanish Grand Prix weekend. A negative difference is quicker, positive is slower.