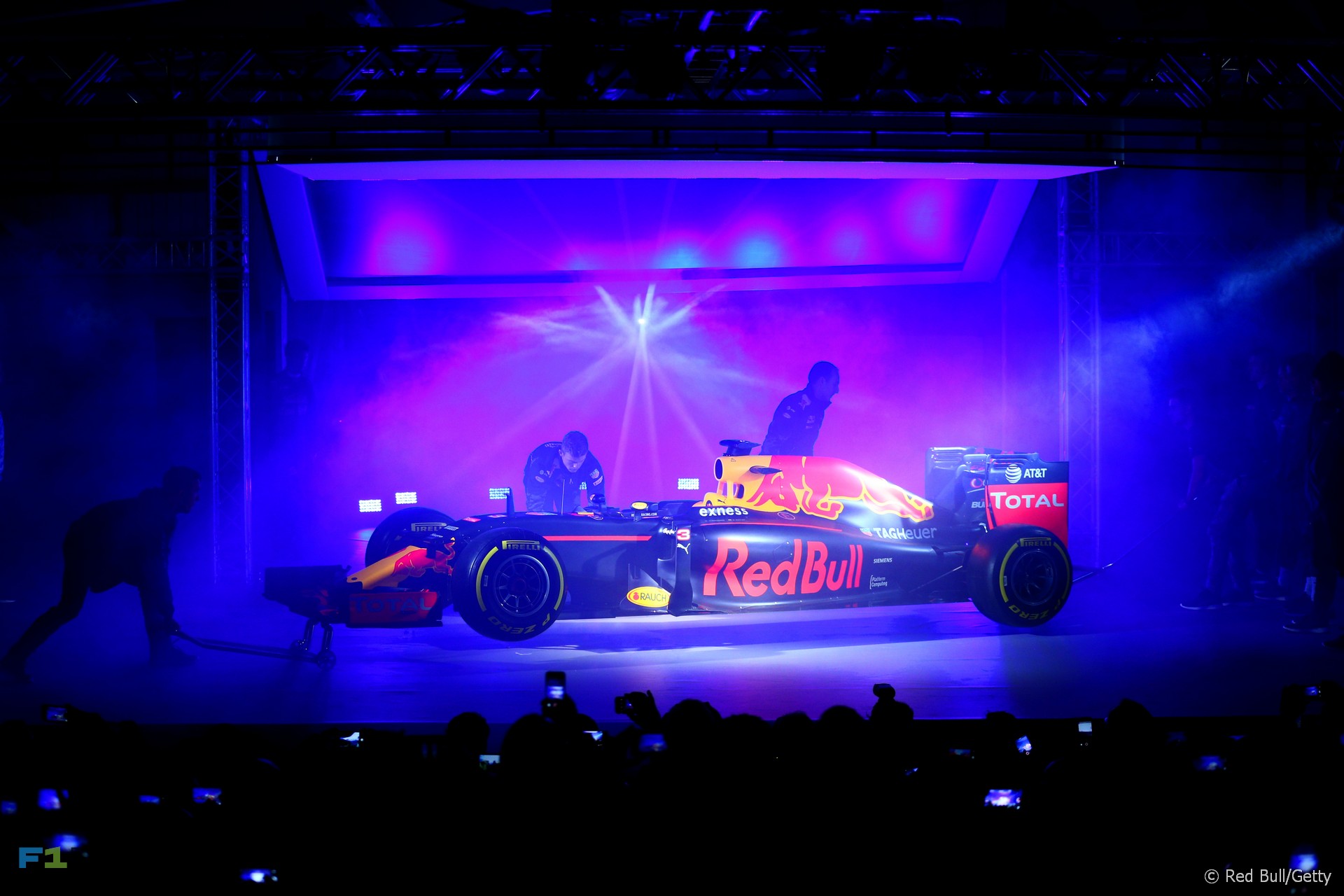 Red Bull has revealed the livery for its 2016 F1 car at an event in London featuring its drivers Daniel Ricciardo and Daniil Kvyat. The revised livery was displayed on the team’s 2015 car.

“Over the years we evolved a certain look but with the clean sheet of paper we had this time we decided to do something very different,” said team principal Christian Horner. “It’s innovative and aggressive.”

Red Bull will continue to use Renault engines this year but they are now being branded by watch manufacturer TAG-Heuer.

Other changes to the logos observed on the car include the loss of Infiniti’s branding, which has transferred to Renault. Meanwhile AT&T has been given a more prominent position on the new livery.

The RB12 will makes it debut when testing begins next week.