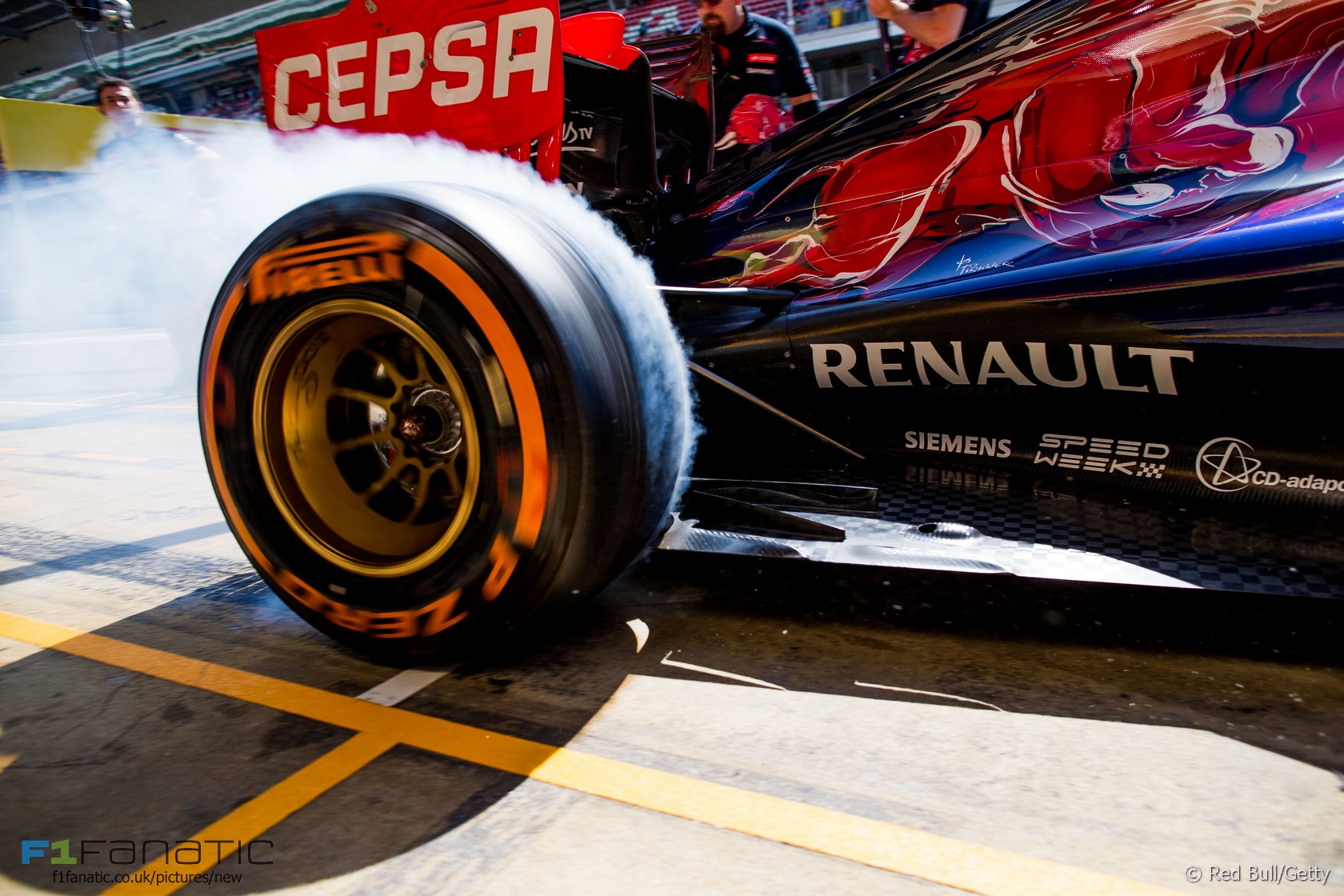 In the round-up: Bernie Ecclestone has endorsed F1 drivers’ call for tyres they can lean on more heavily during races, which could signal an imminent end for the ‘designed-to-degrade’ rubber used since 2011.

"Ecclestone said he agreed 'a million per cent' that F1 should be about the cars and drivers flat out at all times."

"Pirelli is trying a compromise of sorts with a range of tyres that have a significantly shallower tread before reaching an under-compound that has very low grip. In this way, it hopes to be able to create multi-stop races by tread wear rather than heat degradation."

"I think it (the current turbo V6) is the most powerful power unit that we (Mercedes) have produced."

Ferrari is reported to be considering a return to its old livery with greater use of white, as seen in the seventies and early eighties.

"If we can keep the Red Bulls behind us as well, it'll be an even greater achievement (than closing on Ferrari and Mercedes)."

"With more than three teams we are obliged to split them up because the cars spray out a lot of water from the track. With 10 cars it would be impossible to run a wet test."

"Kimi was testing different prototypes in full wet conditions. He was not unhappy, from what I know."

Interesting to see the differences and similarities between @SkySportsF1's (UK) and @SkySportF1HD's (Italy) picks pic.twitter.com/ZEQmcOQYOj

Hadn't seen this before – great #F1 promo from 2013 by Brazilian TV broadcaster Globo: https://t.co/1xH4SX6aq0 via @GoodwoodRRC

The new Kyalami is absolutely world class. After the previous management destroyed its essence new owner Toby Venter has done a perfect job

The traditional first-visit-to-a-new-track-optimism is present and correct – but will it be justified?

Turns two through seven looks a bit dull with those 90-degree corners, but after that it looks like a fun track. Turn 16 all the way up too turn 1 looks like a guaranteed overtaking spot (that will sadly be butchered by DRS) and looks very exciting (especially 16-20).

Also, 12 through 15 looks like a cool part of the track especially with the track being narrow!

I genuinely hope this track will be as good as its layout suggests.
Gilles De Wilde (@gGdewilde)

Happy birthday to Hoshi and Kingshark!

Ferrari launched its 2011 F1 car five years ago today. The car which eventually came to be known as the Ferrari 150° Italia was originally launched as the Ferrari F150, but the team changed the naem after Ford raised objections due to its similarity to their F150 range of pick-up trucks.