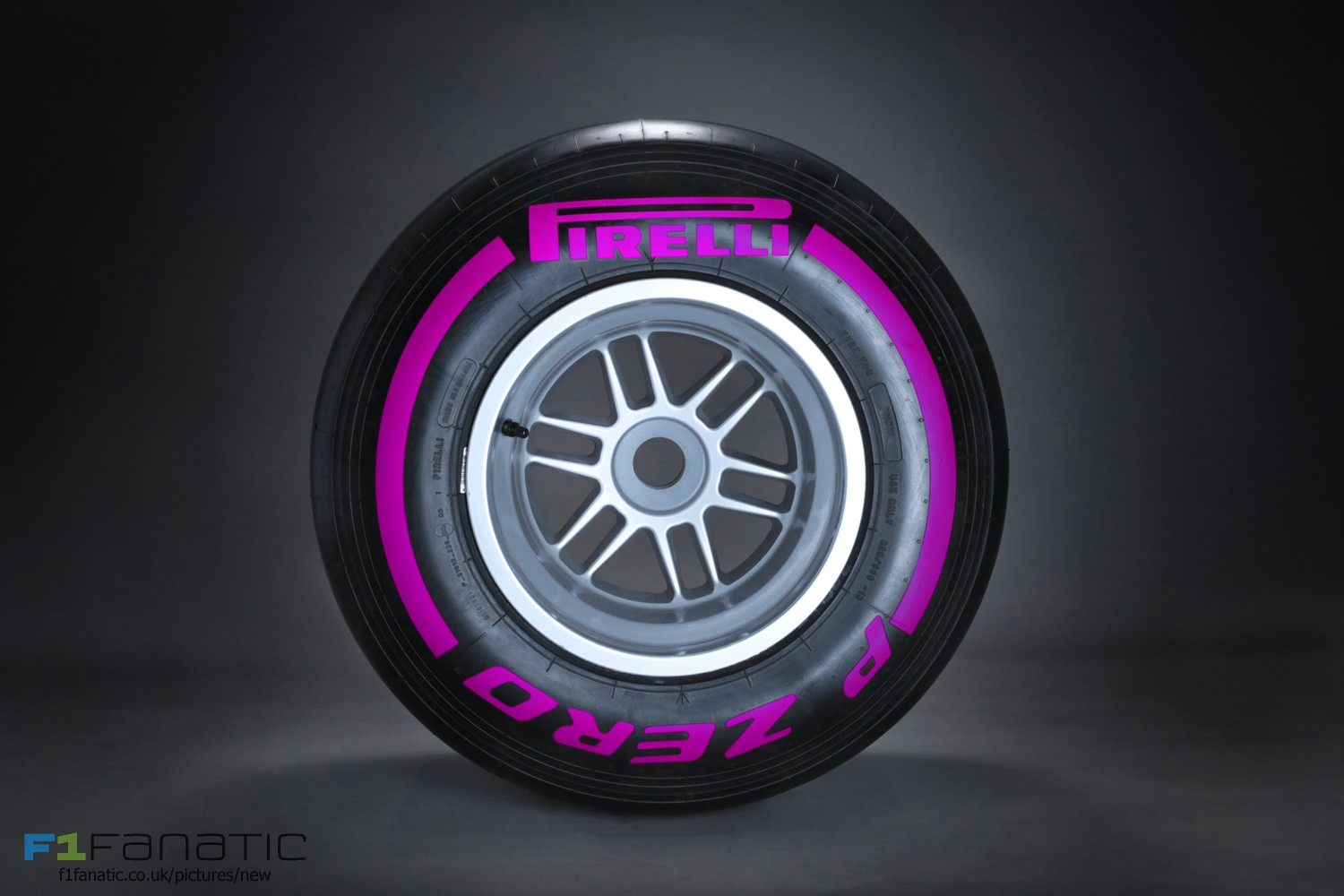 Pirelli’s new ultra-soft tyre will not have its debut at the Russian Grand Prix.

F1’s official tyre supplier has confirmed the same selection of tyres for the fourth round of the championship as the opening three events. Medium and soft compounds will be mandatory for the race and super-soft tyres must be used during Q3.

The new ultra-soft tyre was intended for use on low-grip and temporary circuits. Pirelli brought its softest selection of tyres for last year’s race at Sochi, where most drivers made a single pit stop and several covered more than half the race distance on the super-soft tyre.

Having declined to bring the new tyre, identified by purple markings, to Sochi, the ultra-soft is likely to make its debut at the Monaco Grand Prix.

This year’s Russian Grand Prix is being held in early May instead of October, but despite the date change similar conditions are expected.

52 comments on “No ultra-soft tyre for Russian Grand Prix”