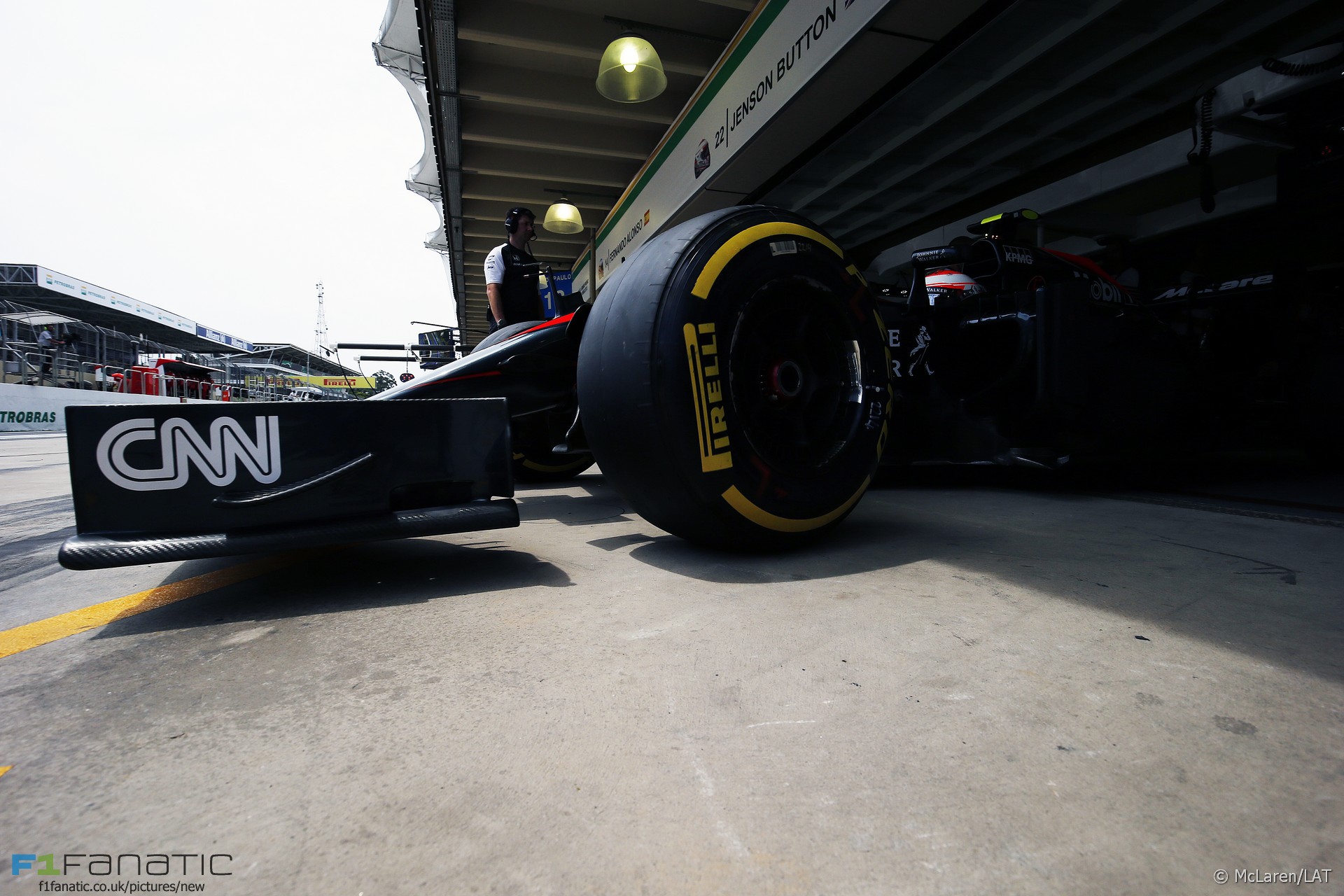 In the round-up: Jenson Button says the complicated new rules on tyres for 2016 will not have a significant effect on the racing.

"Unless they have a massive issue with one tyre, everyone will use the same tyres. They have limited it."

Jules Bianchi's father Philippe says the family were shocked by the FIA's investigation into his fatal accident, the report on which was published last year, questioned whether they had a conflict of interest and suggested they could take legal action. The original article, published by Auto Hebdo, does not appear to be available online.

"The target for next year, it is not just about scoring points in the championship. If that is your question, we need to be humble in our expectations for next year."

"Asked whether next year's U.S. Grand Prix in Austin would go ahead, Ecclestone said: 'Forecasts are difficult.'"

Lewis Hamilton: My relationship with Nico is 'sweet' (CNN)

"He said he, Rosberg and Mercedes had 'had a great year,' adding: 'I think a lot of the media have tried to make a lot of nothing - as they usually do.'"

"We, at the Sauber F1 team, stand for a fair distribution of revenues by Formula One Management (FOM), which in turn improves the baseline for many teams."

"The next minute all the marshals started telling other photographers not to take any pictures, despite one of them taking pictures with his mobile phone! I had my photos in the bag; some low down ones as well as this one. It seemed the order to stop taking photos had come from race control, but I don't see why as we are simply documenting what happened in the race."

Should Michael Schumacher’a family do more to keep his fans abreast of developments in his condition?

Have to agree with Manish Pandey on the Schumacher issue. Their family has suffered a tragedy, and they have no obligation to provide the media with column inches. They should be left in peace to deal with the situation as they see fit.

I’m sure if/when Michael recovers he will let the public know he’s OK, in the meantime there’s no reason to speculate.
@George

Prince Birabongse Bhanudej Bhanubandh, better known as B Bira and still the only driver from Thailand to race in the world championship, died on this day 30 years ago.

42 comments on “Button expects no change from 2016 tyre rules”