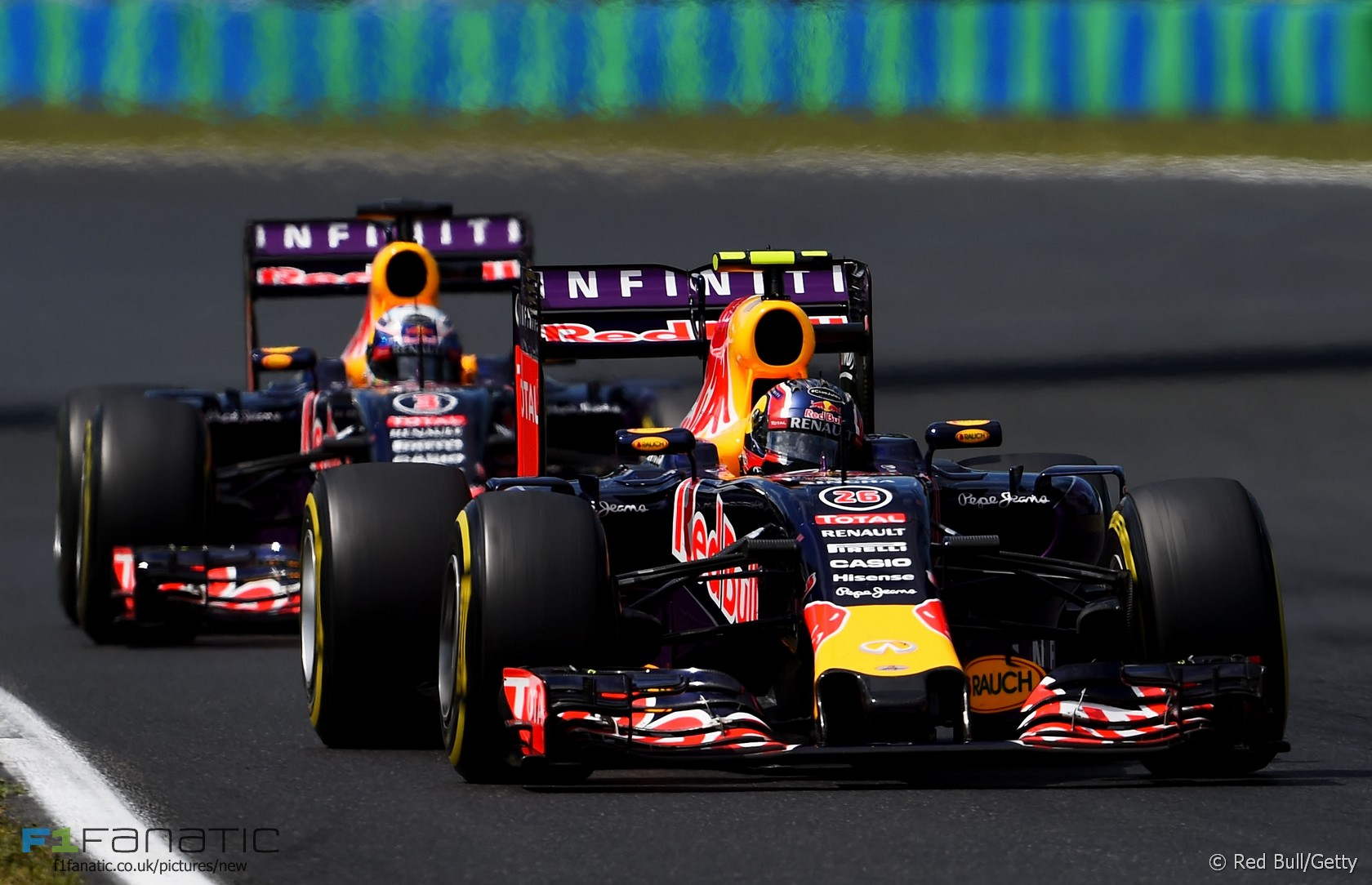 There had been no mystery about why Red Bull’s championship run came to an end last year. The team’s Renault power unit was neither as powerful nor as reliable as as Mercedes, and although they poached three victories from their silver rivals the team fell to second in standings.

In 2015 Red Bull team principal Christian Horner publicly slated Renault and made preparations to sever ties with the manufacturer despite holding a contract for 2016. If this all seemed a touch excessive, the team’s performance on the track offered some justification: they were even less competitive in year two of F1’s new hybrid engine regulations.

The team left Abu Dhabi with less than half of its 2014 points total having slumped to fourth in the championship – its lowest position since 2008.

Things had looked more promising eight months early when pre-season testing came to an end. The RB11 had run more reliably than its predecessor, partly because Renault were yet to start chasing performance. Once they did, things started to unravel.

“Melbourne from start to finish didn’t go in any way to plan,” reflected Horner in Malaysia. New driver Daniil Kvyat failed to start the race due to a gearbox problem and power delivery problems hampered Daniel Ricciardo from the start – he followed Felipe Nasr’s Sauber home.

Renault made slow progress, not least because it wasn’t sure whether it was going to stick around. For this Red Bull partly had themselves to blame – despite having won four championships with them, Renault believed they had received too little of the credit and had been immediately blamed as the cause for all the team’s ills once the titles went elsewhere.

They had a point, at least early in the season as Red Bull got to grips with a revision to the nose regulations which had forced some rethinking. But even with Adrian Newey no longer masterminding every aspect of the car’s design, their formidable aerodynamic department soon had a solution in place which raised the drivers’ confidence in the car – especially Ricciardo’s.

It quickly became clear that Red Bull would have to focus their efforts on the slowest tracks to maximise their chances of success. In Monaco an error with Ricciardo’s power unit settings in qualifying potentially cost him a much better result, but fourth and fifth was their best so far.

In Hungary, one of three tracks they won at last year, Ricciardo was again looking competitive but contact from Nico Rosberg ended his hopes of going after eventual winner Sebastian Vettel. He still recovered to third, however, while Kvyat also reached the podium. Ricciardo was strong again in Singapore but with the Safety Car appearing twice Red Bull were never able to play the RB11’s strongest card – its superb downforce aided its drivers in managing the tyres for much longer than its rivals.

In the meantime Horner appeared to be conducting his search for an alternative engine supplier as publicly as possible, at least once discussions with the Volkswagen Group were torpedoed when astonishing revelations emerged about how the manufacturer had cheated on emissions tests for its road cars.

Red Bull demand Mercedes or Ferrari supply them with a competitive engine and were declined by both – but this all seemed a bit contrived. Long before the season began Horner had admitted neither would give them an engine to begin with but going through the motions of asking them anyway created a sideshow which arguably suited Horner’s agenda and that of key ally Bernie Ecclestone: claiming the current engine regulations prevent all but the top manufacturer teams from being competitive. Little wonder Horner later backed Ecclestone’s push for an alternative engine formula.

And yet Red Bull had a legitimate grievance about the quality of the job Renault had done. After much to-ing and fro-ing with consultants Ilmor, Renault finally invested the majority of their development tokens in an upgrade which appeared at the penultimate race of the year. It left the one driver who used it 0.4kph slower on the straight than his team mate.

By now it was becoming clear Red Bull had no option other than to stick with Renault for at least another year. A deal to continue using their engines, albeit branded by Tag Heuer, was announced after the final race.

Red Bulls’s repeated threats to quit F1 had always run rather hollow given their previous commitment to remain until 2020, though of course that wasn’t the way Horner explained it. “I think it’s no secret that during the summer that Dietrich Mateschitz became fairly disillusioned with Formula One, with the direction that things were heading,” he said.

“He is probably the most committed supporter of Formula One over the last ten years, if you look at two Grand Prix teams, a Grand Prix on the calendar, the amount of promotion that Red Bull worldwide puts into Formula One, the young driver programmes, investing in youth and young talent, more than probably 1500 employees across the different teams and markets, regarding the two Formula One projects,” he continued.

“I think that having sat and thought about it, he’s decided that there’s too much at stake, that Red Bull have invested so much into the sport that he wants to see the team get back to its former glory.”

By the end of 2015 Red Bull looked a match for anything else in every respect bar their power unit: the team had been strategically sharp as usual (particularly when juggling its drivers in Monaco) and Ricciardo had driven another excellent season. However much their shrill sense of entitlement grated in 2015, there’s no denying the heart of their problem at present is the lump in the back.

12 comments on “Red Bull rage throughout worst season since 2008”