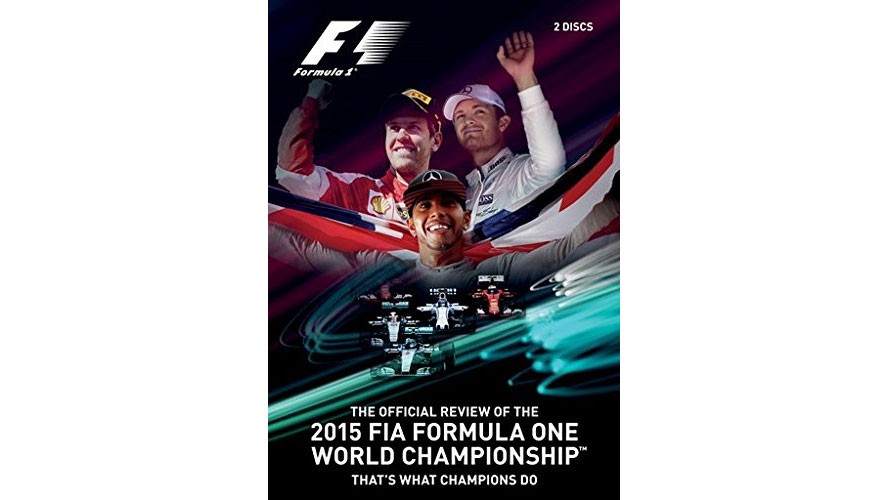 The 2015 F1 season was not a vintage sporting contest by any stretch of the imagination. But Formula One Management’s extensive coverage of each race plus their ability to cherry-pick further footage from F1 broadcasters means they want for nothing when it comes to telling the story of each championship.

So it’s disappointing to discover this year’s review is no more than a competent retelling of each race. While the races too often lacked drama, unexciting and uneven presentation makes for a video you won’t be in a hurry to re-watch.

Ben Edwards has once again been given a script lacking in colour which tells you little beyond what you can see for yourself. It has clearly been through the PR filter a few times too, particularly when it comes to relating the story of FOM partner Pirelli’s tyre failures in Belgium.

As was the case with last year’s review, it seems FOM is increasingly leaning on the video footage it produces during the season to pad out these discs and ensure the product appears on the shelves in time for the Christmas market. This is particularly clear in the Monaco race review, where the one-off team video FOM released to explained Lewis Hamilton’s pit stop blunder is replayed.

Some of these features are interesting in their own right, such as Peter Windsor’s review of pre-season testing. Others, while decent enough as stand alone pieces, add nothing to the story of the season. It would make more sense to include them as DVD extras, along with the usual selection of on-board material which is one of the review’s highlights.

Worst are the occasional lapses into sheer banality: no, I do not care how many lobsters were eaten in Singapore.

As usual it’s unclear what its half-hearted title is supposed to refer to and, of course, it isn’t referenced in the review. The narrative veers between past and present tense and gives little of an overview: highlights of 19 individual races rather than a complete review of the season.

The review is further padded out by excessively long clips of press conference and podium ceremonies, especially those which involved celebrities. These were apparently so important to include that there was no room for Sebastian Vettel’s periodic ribbing of the Mercedes drivers.

The significant action of each race is covered and as usual FOM has reserved a few of its more unusual camera angles and the occasional previously unbroadcast team radio message. It is somewhat thin on new content, but given the sheer volume of material broadcast every weekend this is hardly a surprise.

As far as the review is concerned only nine teams participated in much of the season, as Manor is almost entirely ignored. Their 11th-hour rescue, sitting out the first round in Australia, hitting the track for the first time in Malaysia – all this is overlooked. If Romain Grosjean hasn’t blundered into Will Stevens in Canada they might not have appeared at all.

Turning the predictable 2015 campaign into a must-watch video required a degree of creativity and imagination. That is lacking in this repetitive, by-the-numbers effort which only just serves as a means of passing time in the off-season.