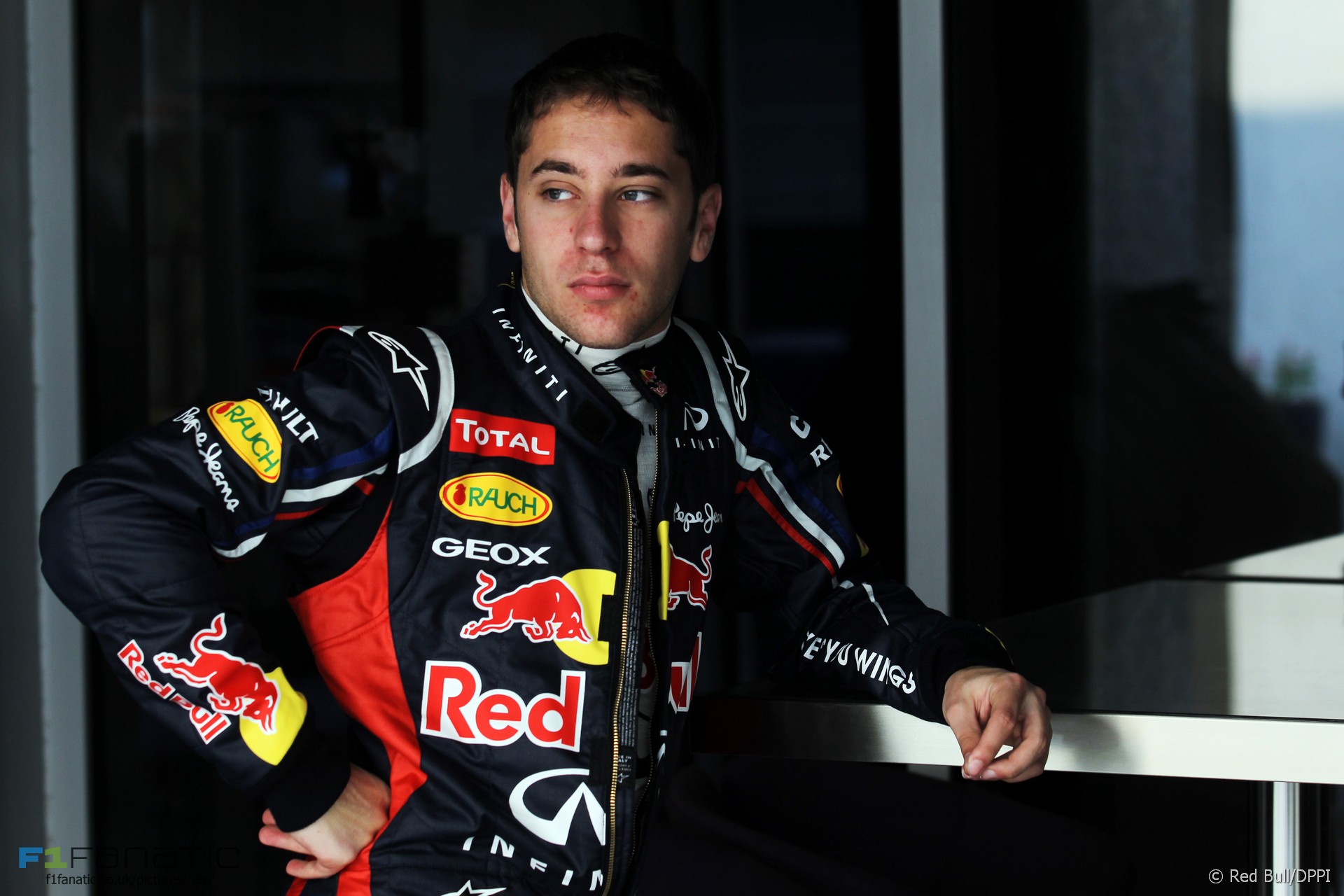 Frijns, who tested Red Bull’s F1 car in 2012, denied making critical comments about the team’s young driver programme at the time. De Telegraaf quoted him as saying “they treat you like dogs” when asked about the Red Bull Junior Team.

In an interview for the Formula E website, Frijns said “never in my entire life did I use those words”.

“The guy who put that on a newspaper with the big title ‘treated like dogs’ or whatever it was, that guy was never in racing before, because I checked it later on, and for some reason he just wanted to… I mean, I never had that word in my mouth, like ‘Red Bull treat you like dogs’ because I didn’t know.”

Frijns said he was unsure if the article affected his career. “You never know if it was another way, or if it didn’t happen. But long story short, it happened, life goes on, but the worst thing that frustrated me was that I didn’t say it. But everybody believes it because it was in a newspaper. Still, after four years people ask me did you actually say that? And every time I say no, I never said it.”

Frijns, who now races in Formula E, was tipped to land a seat in F1 after winning the Formula Renault 3.5 and Formula Renault 2.0 Eurocup championships in back-to-back seasons. He went on to test for Sauber and Caterham. “Man he was quick,” former Sauber engineer Marco Schuepbach recalled on Twitter recently, pointing to Frijns’ lack of funding as the reason why he didn’t get any further.