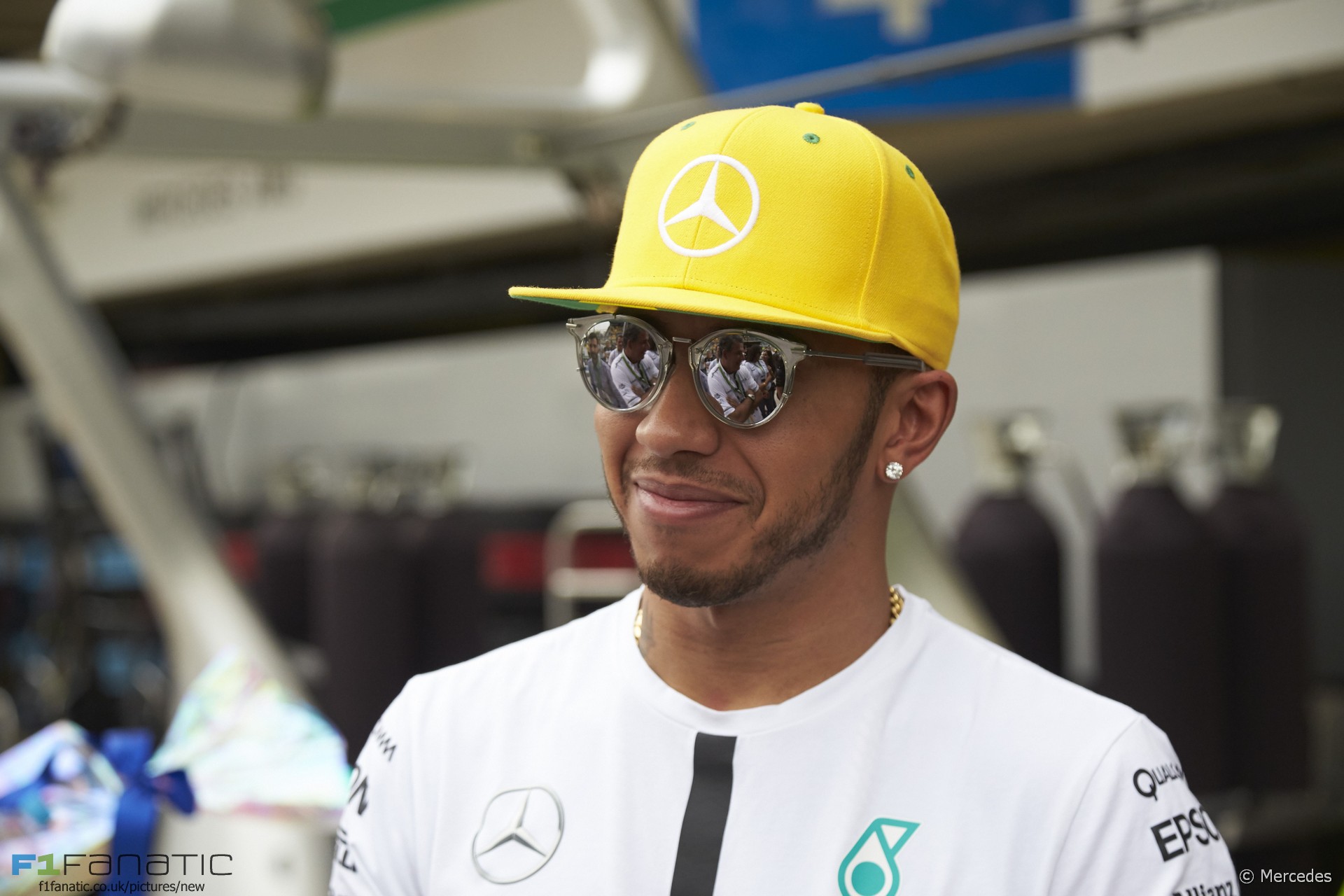 Lewis Hamilton appeared on popular American talk show Jimmy Kimmel Live this week and told a story about being pulled over by a police officer early in his Formula One career:

“I got pulled over when I was younger, probably my early twenties. I’d finally got to Formula One, I had a really good car, an AMG Mercedes that made a lot of noise and I got pulled over because of the noise I was making with it.”

“And the guy came to the window and said ‘Who do you think you are, Lewis… Oh. Hey. Have a good night, Lewis!'”

Hamilton has had run-ins with the police in the past. During his first F1 season he was caught speeding in France. Three years later he was fined AUS$500 for driving dangerously in a road car near the Albert Park circuit during the Australian Grand Prix weekend.

He probably won’t be the last racing driver to have his knuckles rapped by the traffic police. And he is far from the first driver to tell the ‘Who do you think you are’ story:

Who do you think you are, Juan Manuel Fangio?

An early examples of the ‘Who do you think you are’ tale involves one of the few Formula One drivers to have won more championships than Hamilton: five-times champion Juan Manuel Fangio.

Already a hero in his native Argentina for his successes in gruelling road races such as the Carrera Panamericana, Fangio was involved in am accident with a truck while at the wheel of his road car.

Fangio was thrown clear, and the truck-driver initially mistook his passenger for the driver. “Who do you think you are, Fangio?” he apparently demanded.

“No but he is,” came the reply, as the passenger pointed towards the champion.

Who do you think you are, Stirling Moss?

For Formula One fans of a certain age “Who do you think you are, Stirling Moss?” is the correct form of this saying.

The man himself says it has been said to him at least once by a police officer, although he added “I couldn’t work out if he was taking the mick”.

Who do you think you are, Nigel Mansell?

“That one’s just too good to be true” was ESPN commentator Bob Varsha’s verdict after relating the Mansell twist on the ‘Who do you think you are’ tale.

In this version, reigning champion Ayrton Senna was allegedly pulled over during the 1992 British Grand Prix weekend after being caught doing 125mph – breaking the speed limit by 55mph. “Who do you think you are, Nigel Mansell?” was how the police officer allegedly addressed Senna.

However in his recent autobiography Mansell still insists the anecdote “is true”, so perhaps we shouldn’t be so cynical.

Maybe some of the other tales are true as well? But it’s surely asking too much to believe they all are…