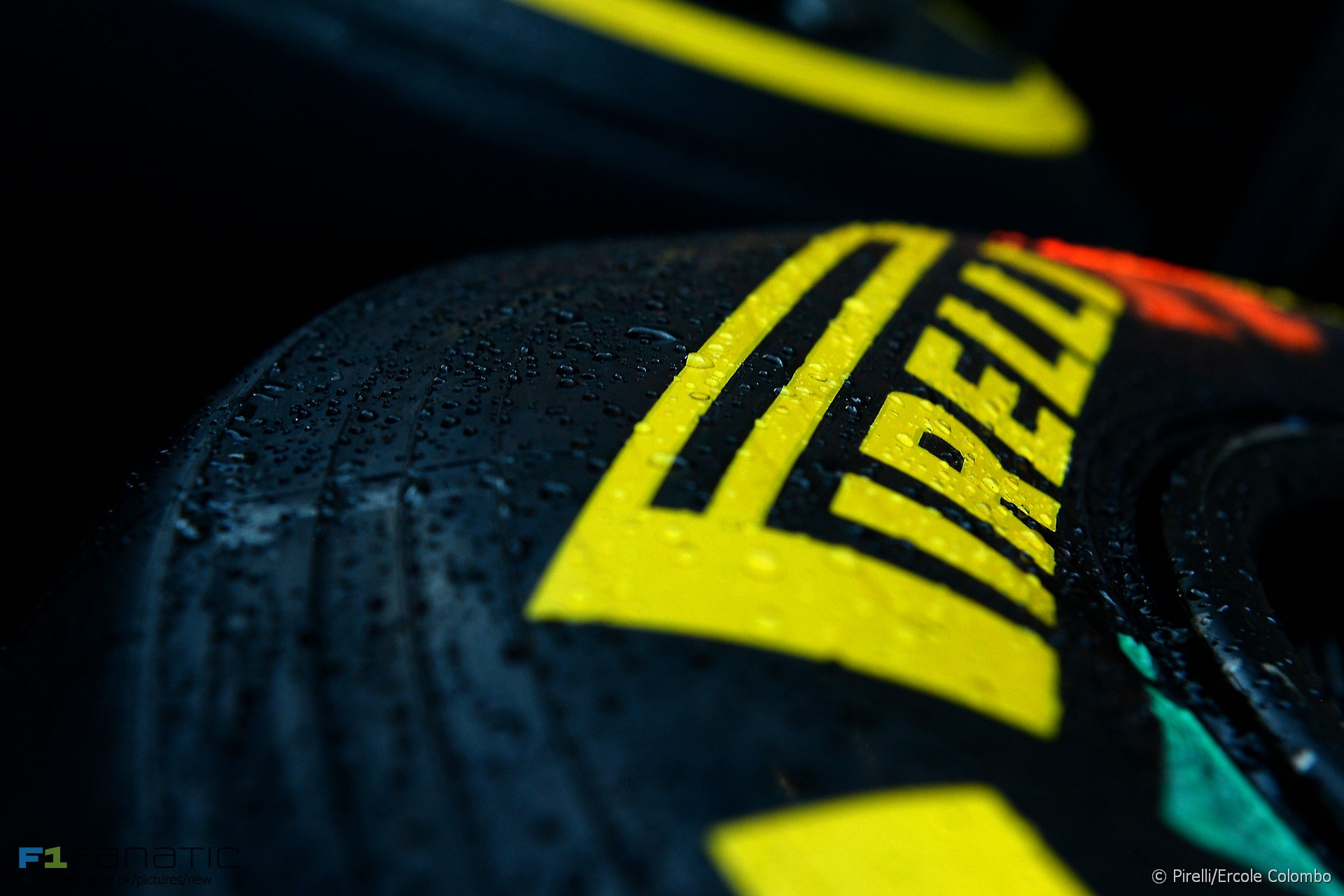 The FIA has published heavily revised rules regarding the use of tyres for the 2016 season in the new sporting regulations.

From 2016 drivers will be able to choose two from three different specifications of tyre for each race selected by official tyre supplier Pirelli, albeit with various restrictions in place on which types of tyre they can use and when.

If Pirelli chooses two mandatory dry-weather tyre specifications teams must reserve at least one of each specification of tyre for the race.

The FIA has also moved to stop drivers running for a prolonged length of time on a mixed set of tyres, as Valtteri Bottas did during this year’s Belgian Grand Prix. Any driver who is fitted with tyres of more than one specification must pit to have them changed within three laps.

24.2 Quantity, selection and specification of tyres during an Event:

a) The outer sidewall of all tyres which are to be used at an Event must be marked with a unique identification.
b) Other than in cases of force majeure (accepted as such by the stewards of the meeting), all tyres intended for use at an Event must be presented to the FIA technical delegate for allocation prior to the end of initial scrutineering.
c) At any time during an Event, and at his absolute discretion, the FIA technical delegate may select alternative dry-weather tyres to be used by any team or driver from among the stock of tyres the appointed supplier has present at the Event.
d) A competitor wishing to replace one unused tyre by another identical unused one must present both tyres to the FIA technical delegate.
e) The use of tyres without appropriate identification may result in a grid position penalty or exclusion from the race.

a) Tyres supplied to any competitor at any time may not be used on any rig or vehicle (other than an F1 car on an F1 approved track, at the exclusion of any kind of road simulator), either Team owned or rented, providing measurements of forces and/or moments produced by a rotating full size F1 tyre, other than uniquely vertical forces, tyre rolling resistance and aerodynamic drag.
b) Tyres may be used on a test rig providing forces control and monitoring by F1 rim manufacturers for the sole purpose of proof testing their products