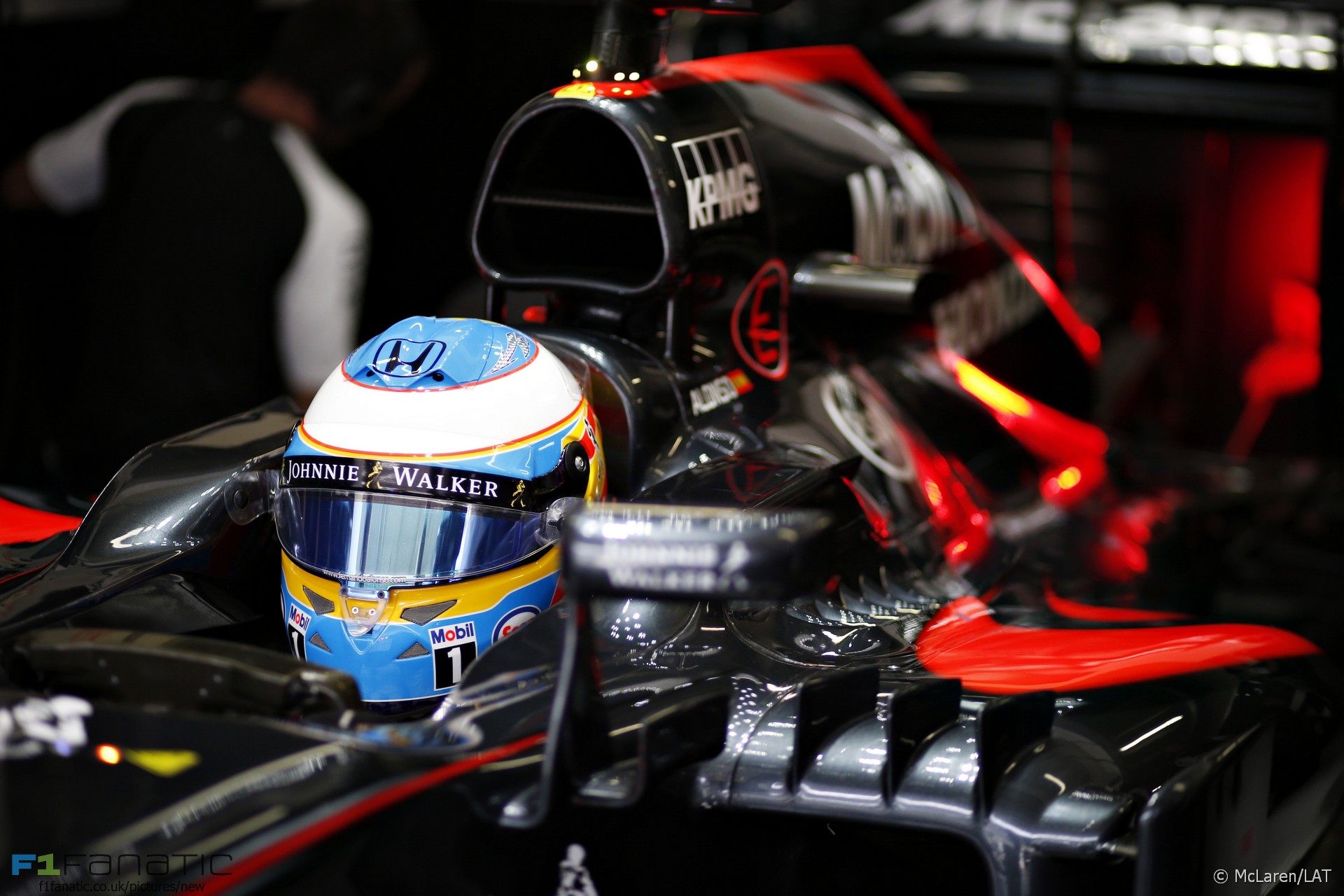 Fernando Alonso said his penalty in the Abu Dhabi Grand Prix was an example of why Formula One’s popularity is falling at the moment.

Alonso was given a drive-through penalty and two points on his licence after colliding with Pastor Maldonado at the start of the race. However Alonso blamed contact he had received from Felipe Nasr for the accident.

“I think it has been very tough season for us, very difficult,” Alonso told reporters at Yas Marina. “The performance was quite poor, we’ve been unlucky sometimes – yesterday with the puncture, is a good example.”

“Today a decision like the start, to have a drive-through after you’ve been hit by another car, is a little bit strange. I think it’s unique.”

“F1 ask itself if the sound of the cars or what is the problem to have less and less spectators and I think these kind of decisions they need to make a little bit more sense than what they are doing now because I don’t see this in WEC, in Moto GP and other categories that are much more fun than us. We need to look at many things.”

Alonso added F1 “needs to get some consistency in the penalties, some common sense and just start being fair”.

The stewards ruled Alonso caused the accident with Maldonado by trigging contact with Nasr: “Car 14 caused a collision with car 13 in turn one, in moving across in front of car 12.”

Earlier in the race Alonso had suggested he could park his car if the team were out of contention for a strong result, but he carried on to take the chequered flag.

“But then we managed to do so, we wanted to test the super-softs with low fuel to see the performance of the car and also the graining that we we have a lot here in this this weekend.”