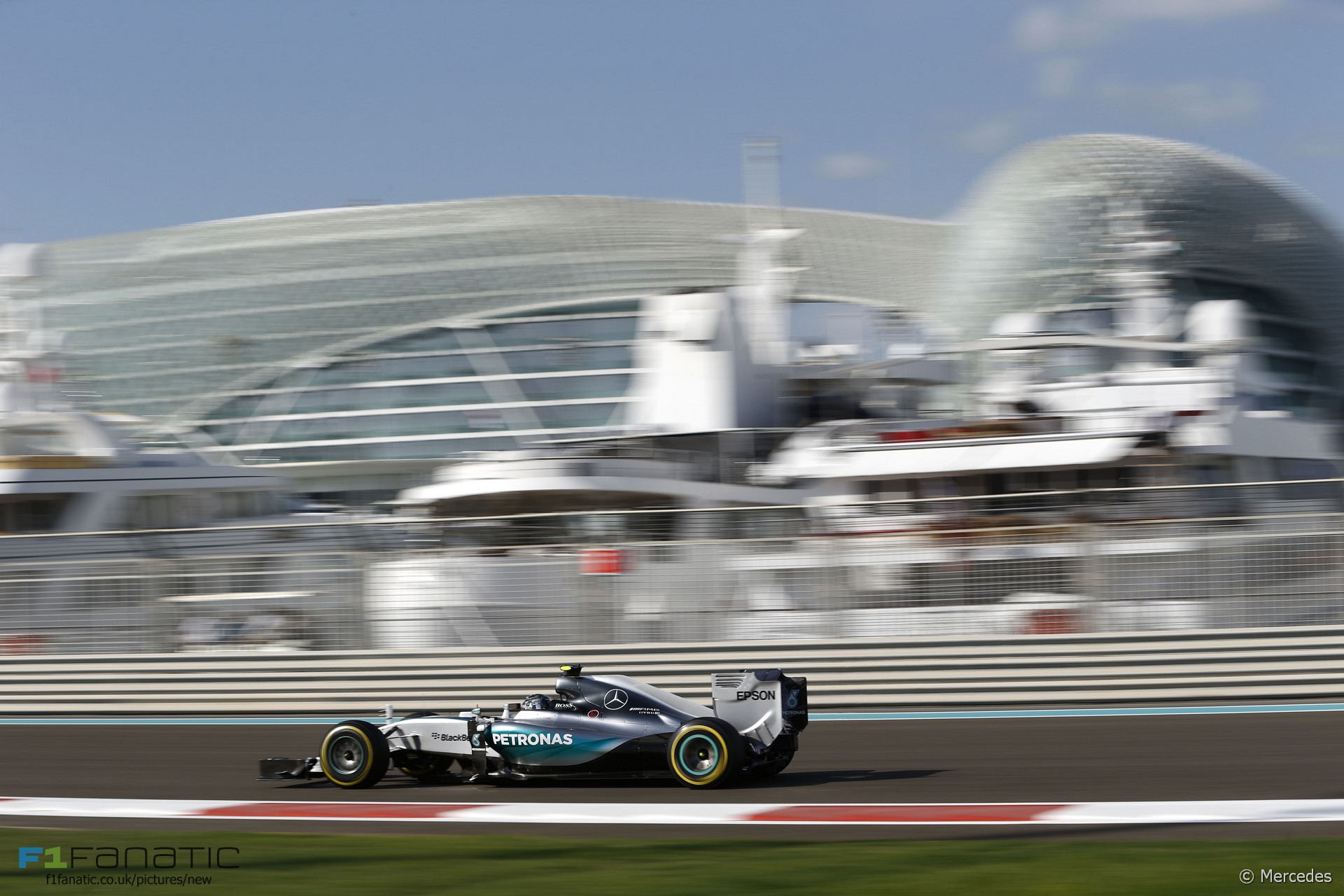 Nico Rosberg revealed his car doesn’t have as much power as Lewis Hamilton’s this weekend as his engine is older than his team mate’s.

Rosberg suffered an engine failure at the Italian Grand Prix in September and as a result now has to use a higher-mileage unit. Replacing it would mean having to take a grid penalty.

“It’s been a good start here in Abu Dhabi,” said Rosberg after setting the fastest time on Friday, “but it will be a tough weekend for me as I have quite a high mileage engine in my car.”

“After the Monza problem, we have had to stretch the engine life more than we had planned over the 19 races, so I definitely have a small lack of power on the straights and therefore need to make up extra time in the corners.”

“It will be a big battle with Lewis here. He didn’t really bring together his quick laps, so it will be even closer tomorrow I’m sure. I’m looking forward to it and I definitely want to win this race and give the boys in the garage a reason to celebrate at the end of the season.”

23 comments on “Rosberg has power disadvantage this weekend”