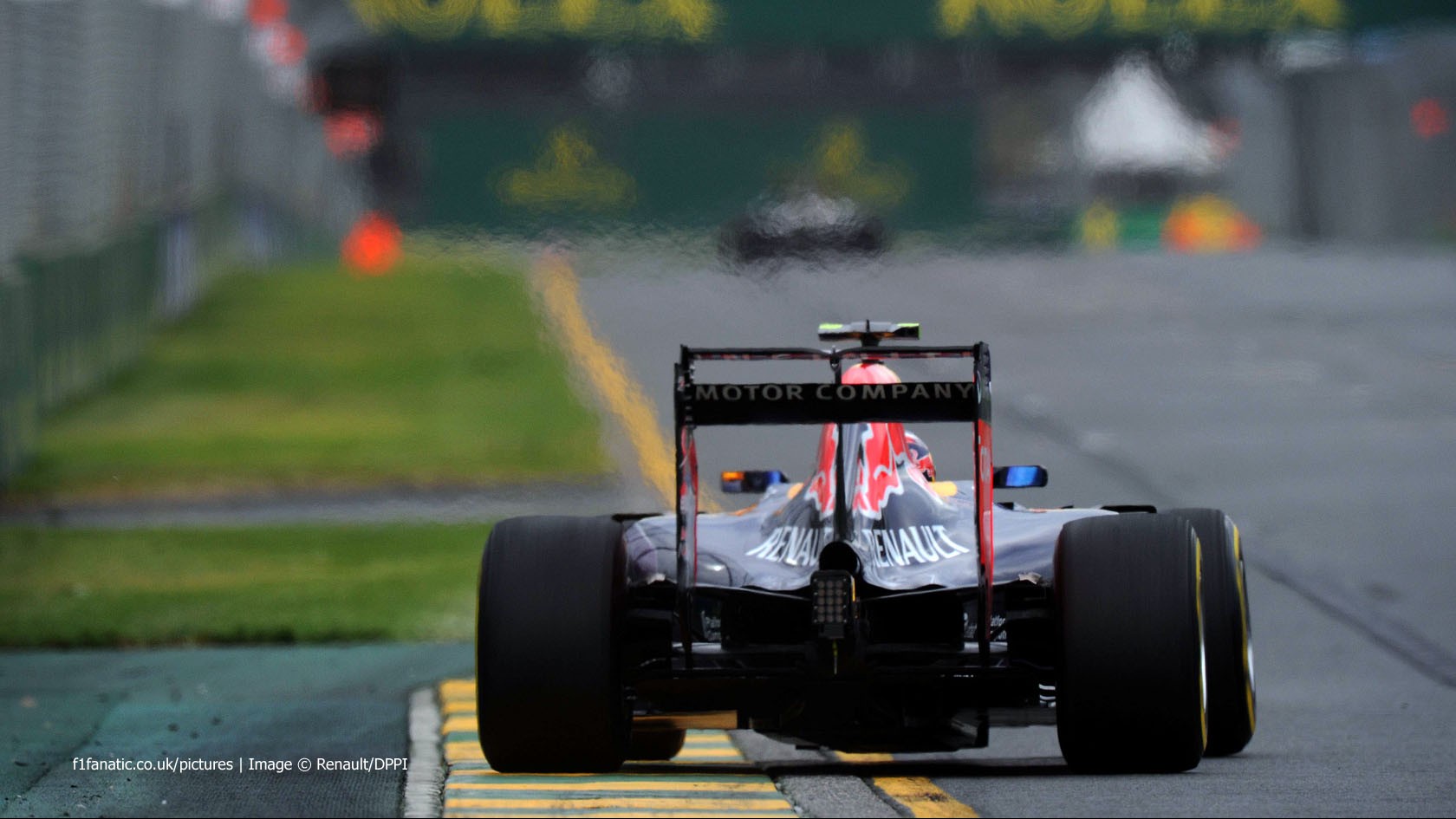 At the end of lap one on Sunday Nico Rosberg crossed the line pursued by Lewis Hamilton, Sebastian Vettel, Kimi Raikkonen and Valtteri Bottas.

An hour and a half later, after another 70 tours of the Interlagos circuit, the same drivers crossed the line in the exact same order.

The 2015 Brazilian Grand Prix was not one for the ages.

Afterwards the top three finishers were asked whether it was time for F1 to make fundamental changes to allow cars to race together more closely.

“I don’t know how the battles were further back,” Rosberg began. “But of course it’s always difficult in F1 to pass – that’s why DRS has come onboard and that’s really made a lot of progress for us. So we’ve seen a lot of excitement because of that – but we need to keep working at it for sure, and keep thinking about it.”

F1 is in its fifth year with its Drag Reduction System, and the same with the ‘designed to degrade’ tyres supplied at FOM’s request by Pirelli. Was the Brazilian Grand Prix a sign these innovations are no longer bringing the excitement they once were?

Hamilton spent lap after lap stuck behind Rosberg at the beginning of their second stint despite frequently being close enough to use DRS.

“You get to within a second and you just lose downforce and there’s no way you can get any closer,” he explained. “And the DRS zone is kind of maybe not long enough, if that was to be the thing to make the difference, it’s almost not long enough.”

While the DRS zone was insufficient for one Mercedes to pass the other, it was more than enough for Romain Grosjean’s Mercedes-powered Lotus to blast past Max Verstappen’s Toro Rosso-Renault, which was doing its usual trick of running out of kinetic energy just when he needed it most.

But even on a day when overtaking moves were rare this wasn’t one which stuck in the mind for most fans. Not like Verstappen’s instantly-acclaimed pass on Sergio Perez as he worked his way around the outside of the Force India at turn one, securing the inside line for the following corner with two wheels on the grass.

These three situations tell us different things about overtaking in year five of the DRS/Pirelli era. Rapid tyre degradation on Perez’s car allowed Verstappen to use DRS to set up his pass. But DRS was no use at all for Hamilton and it rendered Grosjean’s move utterly unremarkable.

A persistent bugbear with DRS has been how long the zones should be on each track. The different performance levels of the cars made this difficult to optimise when the teams had V8 engines which were fairly close in performance. With the V6 engines introduced last year the gap between the best and worst-performing engine is even wider, making it even harder to strike that balance.

Grosjean demonstrated how easily a Mercedes-powered car could pass a Renault-powered rival using DRS. But switch the power units around and the outcome was very different, as Daniil Kvyat discovered when he spent most of the race studying Nico Hulkenberg’s rear wing.

Similarly, while the ‘designed-to-degrade’ tyres have made for more varied strategies than we usually saw in 2010 (the single post-refuelling pre-Pirelli season) and can help drivers overtake when the have fresher rubber than their rivals, in other circumstances the tyres may be preventing drivers from making passes. Hamilton said as much after Sunday’s race: “I was behind Nico and in traffic for some time and it just killed my tyres.”

The two gimmicks Formula One seized on in 2011 have undoubtedly generated more changes of position, whether it’s because drivers are coming into the pits more often to change tyres or jabbing the DRS and shooting past on the straights. To some, this always seemed a poor alternative to genuine overtaking, and perhaps with the passage of time more of those originally welcomed the changes have turned against them. A survey of over a hundred thousand fans by the Grand Prix Drivers’ Association earlier this year revealed those who believe DRS has improved F1 racing are in the minority.

Vettel won the first three championships of the DRS/Pirelli era and so might be expected to have warmed towards them. But his view on how F1 cars could be made to follow each other more closely drew attention to the shortcomings of F1’s overtaking gimmicks.

“If you’re behind you always want the DRS zone to be longer because artificially it helps you to get closer,” Vettel explained. “Naturally if you are only a tenth or two quicker then it’s very difficult to pass – whereas if you’re a second quicker it becomes more easy.”

“I think in general what we need to follow another car closer in medium speed, high speed, slow speed corners is more mechanical grip. So shift the percentage between aero/mechanical more towards more mechanical. How to do that? I think we need better tyres that allow us to go quicker.”

Whether F1’s overtaking gimmicks have stopped working will depend partly on whether you thought they worked in the first place. But Brazil reinforced the view they are not a long-term solution to F1’s passing problem.

What’s needed if for Formula One to become a bit less formulaic: leave the gimmicks behind and seek closer, more natural and less predictable racing. Vettel’s suggestions seem a good starting point.