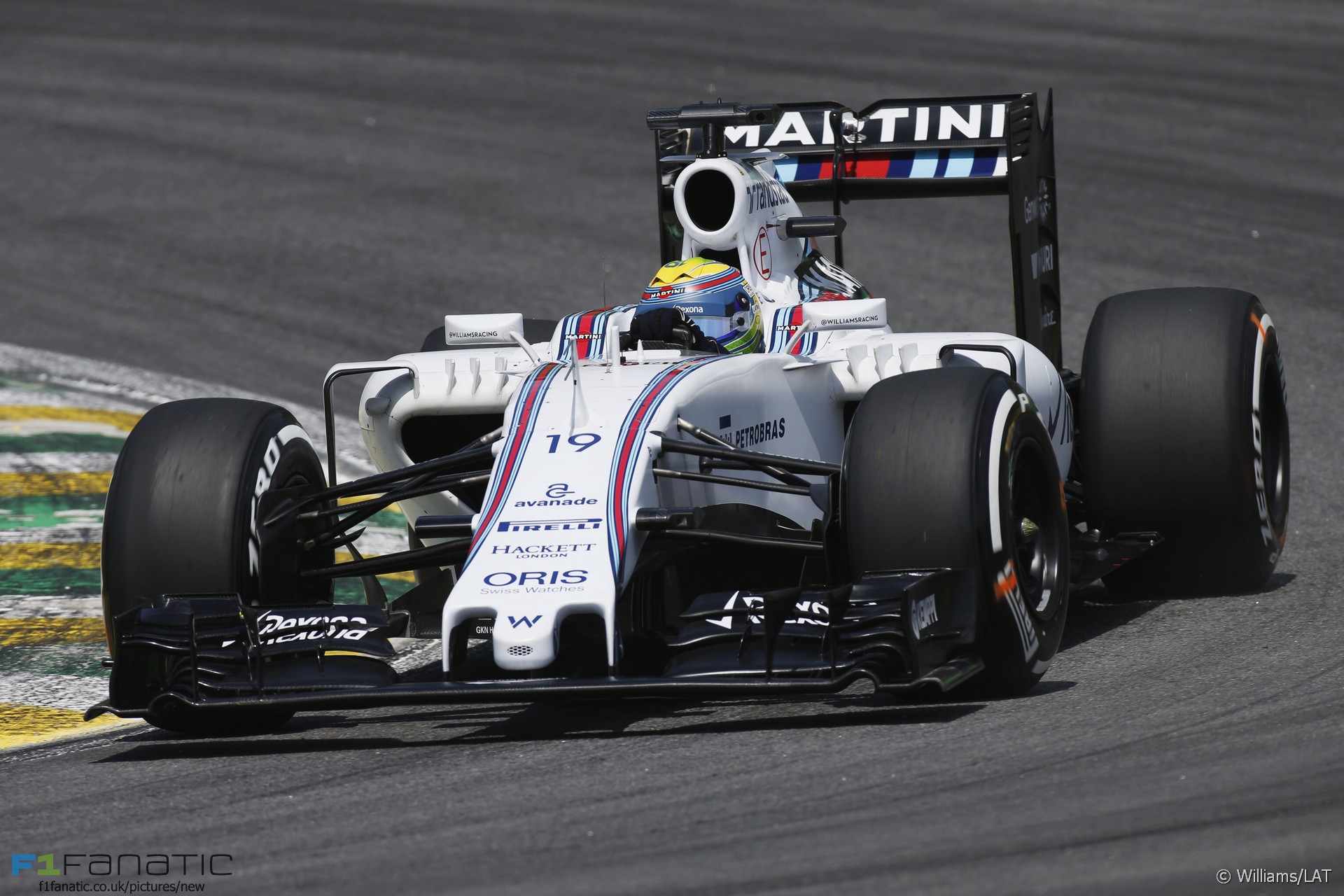 Felipe Massa described his home grand prix as a “race to forget” after coming home in eighth place.

The Williams driver said “it was definitely one of the Brazilian races to forget for me in terms of performance.”

“It was nothing compared with this amazing support from the people, my performance today,” he added. “So definitely not happy at all.”

Both Williams drivers finished in the points which means the team cannot be caught for third place in the constructors’ championship.

“I think the only positive thing I can say that we are third in the championship,” said Massa. “That’s really positive and something that does need to turn to next year and concentrate to have a competitive car and be even better than this year.”

However Massa’s finishing position remains provisional as he is under investigation for having tyres which were above the maximum tread temperature prior to the start of the race.

9 comments on “Massa laments “race to forget” at home”